Yesterday we showed one approach to automatically generating new image processing effects using active link commands in the integrated Help Browser that mutate new image operation effects at the touch of a button. Today we’ll show an alternative approach using Gallery Show features to do the same kind of thing. 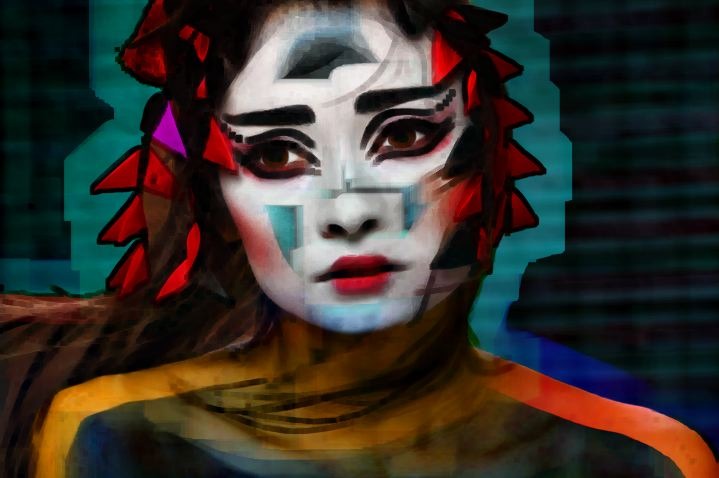 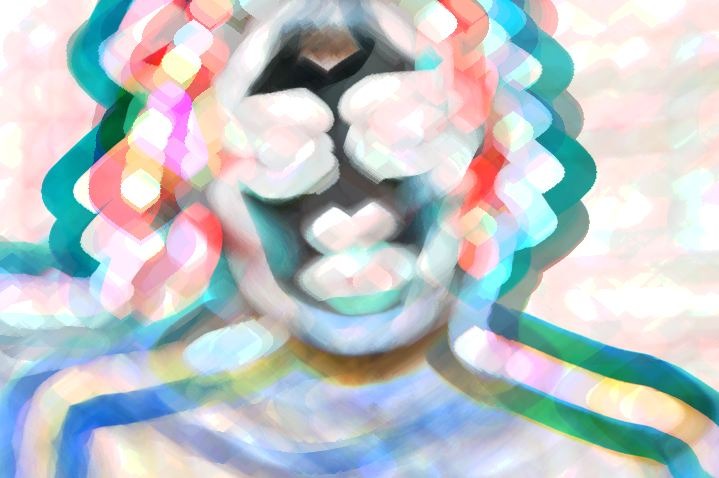 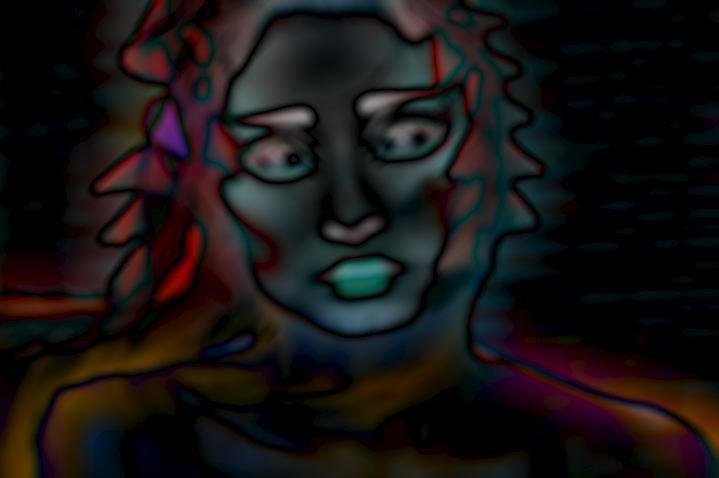 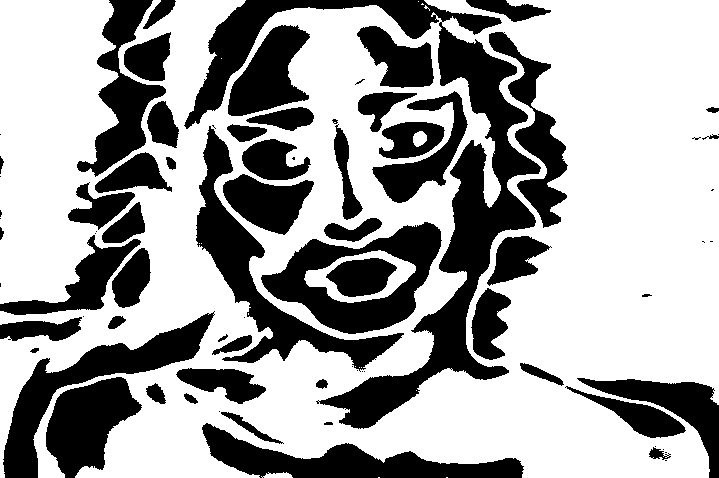 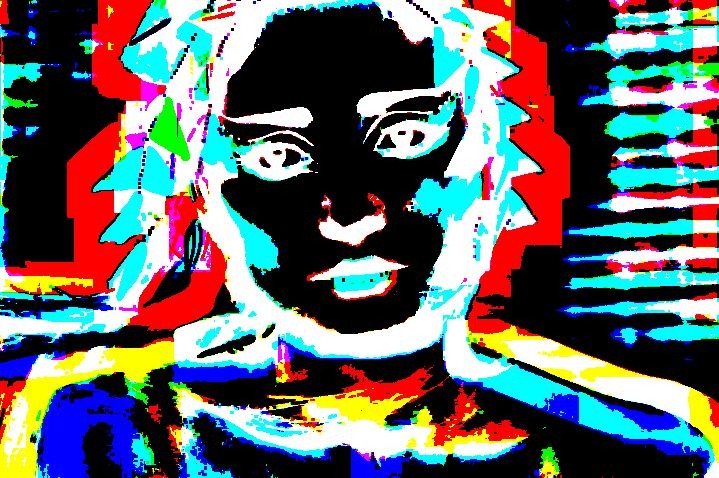 All of the different images above are different variations of the Rank Edge Filter image operation effect. They are all examples of effects I generated automatically during a Gallery Show run.

Gallery Show is a really cool feature. It was originally conceived as a way to allow artists to build free running gallery art installations. Gallery Show can be configured to automatically run a series of random or constrained Studio Artist factory presets as an ever changing live art show. The idea being that you could setup a computer in an art gallery that would play an ever changing custom art show based on Studio Artist presets.

You can configure gallery show to work with various kind and organizations of Studio Artist preset combinations. Or you can have it evolve new preset variations while it is running. Gallery show can repeatably process a single source image, a random selection of source image from a specified source folder, or can process live video captures. At the end of a gallery show processing cycle the finished output image sits on the canvas for a specified number of seconds before a new gallery show processing cycle starts.

Additional controls allow for additional processing, like live auto-masking effects, and additional canvas effect treatments at the start of a gallery show cycle. An example of a secondary treatment might be randomly selecting and applying a water wash preset to the existing canvas before overdrawing with a random paint effect. Or something as simple just erasing the canvas before running the new gallery show cycle..

As Gallery Show developed over time, it quickly became apparent that it also provided a powerful way to automatically generate new presets. The approach we’ll take today is very similar to the one we took yesterday. We’ll be starting with a specific image operation effect, the Rank Edge Filter. And we want to generate a series of randomly mutated new preset effects based on this particular image operation. But rather than manually using the ‘generate random current ip op‘ help browser active link command we used yesterday, we’ll setup Gallery Show to do all of the work automatically. 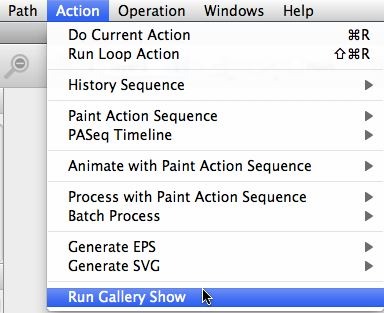 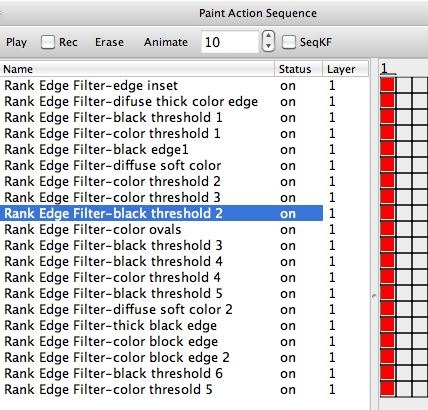 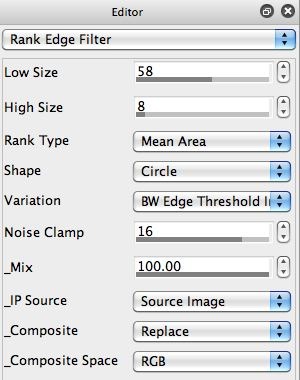 The first gallery image above shows the Gallery Show preference options in the main preference dialog. Note that I have the Technique preference setup to use the Random Cur Ip Op option.

My Source Option is set to Fixed, which means that the current source image is used for the gallery show run. I did this because I wanted to see the effect of all of my automatically mutated ip op preset variations on the same source image.

Often when I work with gallery show I use the Folder (random) option for the Source Option. This randomly selects a source image from a specific folder. It’s a great way to work with gallery show to automatically generate large sets of effects imagery that you can then latter cull through, looking for interesting effected images to keep while discarding the rest.

I turned on paint action sequence recording before I started the gallery show run. I then used the Action : Run Gallery Show menu command to start the gallery show run. Gallery show then automatically generates a mutated effect variation based on the current image operation effect (the Rank Edge Filter effect in our particular example). As each new mutated variation of the Rank Edge Filter ip op effect is run, it’s recored as an action step into the PASeq.

I then replayed the individual mutated action steps recorded in the PASeq one by one. Anything I didn’t like I erased (select the action step and press the delete key). The mutated effects I liked I renamed (by double clicking on the action step name and then typing in the new naming).

Anytime you work with random mutation to generate new effects you’re going to generate a certain percentage of uninteresting effects in addition to useful ones. That’s not a problem, you just discard those effects options and keep the ones you find interesting.

If you look through the different gallery show Technique options you will see that there is a ton of functionality built into the new Gallery Show features. Automatically generating new preset effects is just one small part of what you can do with gallery show features.