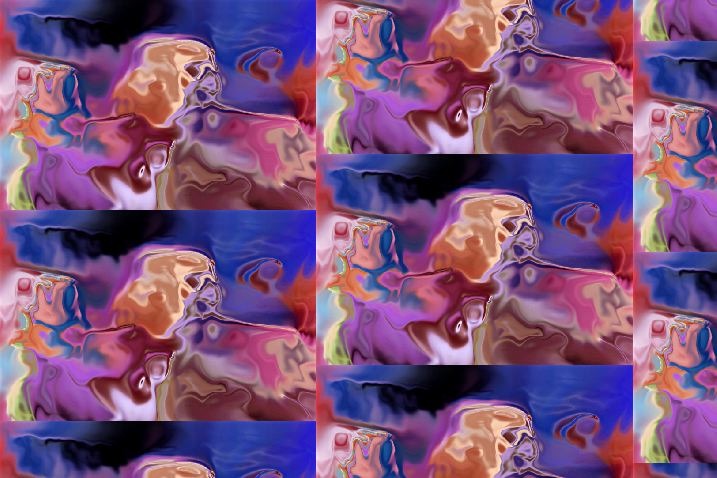 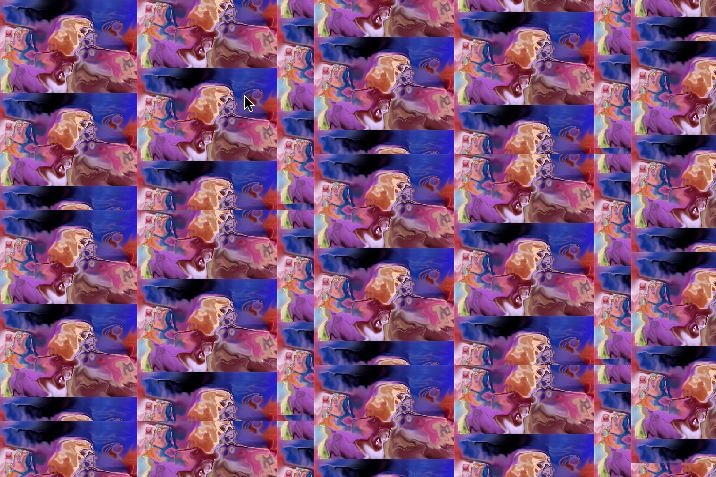 The old Evolver tiling functionality is available in the 2 new MSG processors called 1C_Tile and 3C_Tile. 1C stands for 1 channel, and 3C stands for 3 channel. So these 2 processors respectively process a 1 channel black and white image and a 3 channel color image.

The MSG Advanced Editor screen snap below shows how the tiling effect shown at the top of the post was generated with a single 3C_Tile processor. This MSG preset is setup in the generic Editor (second image in gallery below) to process the canvas. 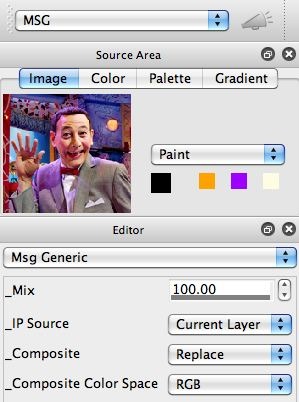 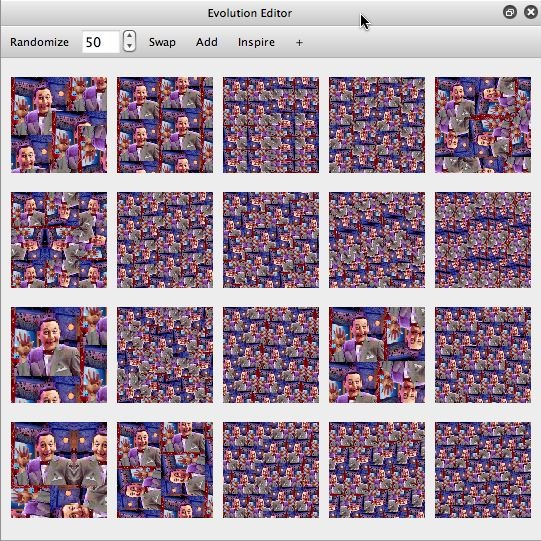 So, if you run the preset multiple times the tiling effect will recursively nest in on itself.  The second gallery image at the top of the post shows what happens the second time we run the tiling effect on the canvas. I started with an effected canvas for this initial example, as opposed to dragging the source image to the canvas and then tiling that. The MSG preset is only doing tiling, it’s not generating the soft abstraction effect which was the initial canvas image I started with.

The third image in the gallery directly above shows what happens if you click on the MSG preview in the MSG Advanced Editor, which will then propagate mutated variations of the clicked preset into the Evolution Editor preview cells. Note that since we specified the tiling effect with a single 3C tiling processor that processes a complete color image, all of the mutated effect variations are different integral color tiling effects.

An alternative approach to creating a color tiling effect would be to use 3 1C_Tile processors to individually tile the red, green, and blue image channels. The MSG Advanced Editor screen snap below shows how you could build this preset. 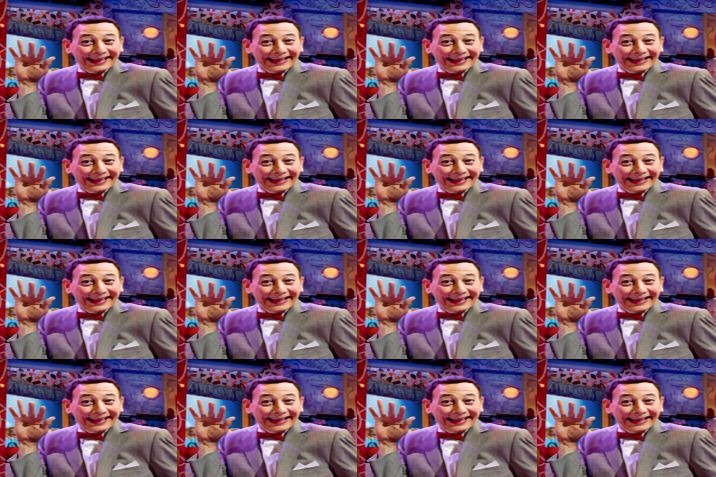 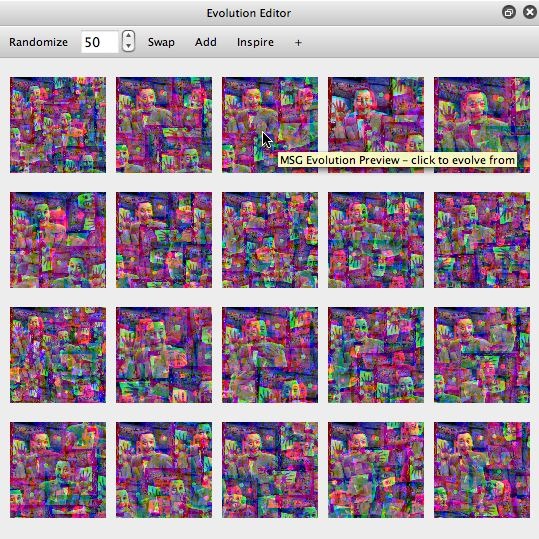 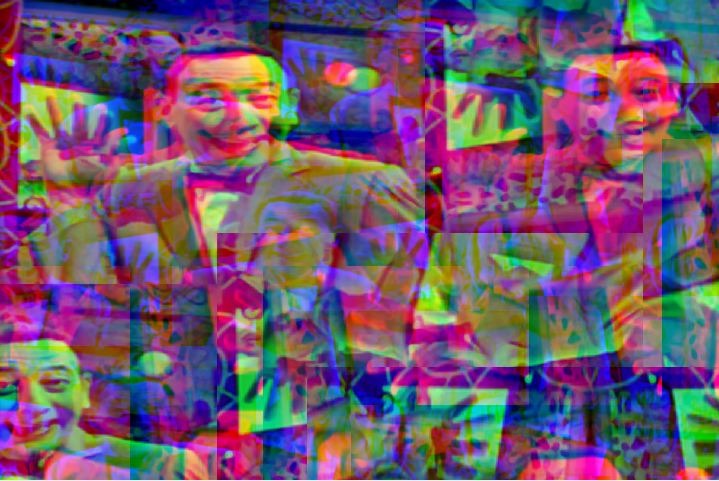 Each processor is tiling one of the three color channels. When we originally dragged the individual 1C_Tile processors from the source library to the processor chain editor, they default to standard parameter values. Since each tiling processor has identical internal parameters, the 3 color channels are tiled the same, and we get the tiling effect shown in gallery image 2.

However, if you click on the MSG Advanced Editor preview image then the Evolution Editor will update with variations on the preset where the individual processor’s internal parameters are randomly mutated. Since the individual tiling processors are now specifying different tiling effects, each of the 3 color channels is tiled differently. So you see color fringing in the resulting tiled output.

I then clicked on a particular Evolution Editor preview cell to make that the current MSG preset, and ran that preset to generate a new tiling effect in the main canvas. The individual images in the gallery above show this sequence of events to generate the new tiling effect.

I wanted to show the different between building an effect with a single 3C processor that processes a complete color image vs 3 individual 1C processors that individually process the separate color channels that make up a color image. I hope the 2 examples above get across the difference between the 2 approaches to building MSG effects, especially once you start randomly mutating individual processor editable parameters.