Today’s post will rework the truchet patterning idea discussed in yesterday’s post. We’ll use MSG processors that generate color patterning based off of color palette streams, as opposed to generating a grayscale patterning grid that is then colorized. The truchet patterns are still being modulated by a source image, but since the global colors in the generated pattern overlays are colored via random sampling of color palette streams as opposed to being colorized directly off of the local source image colors, the resulting final image is much more abstract. The source image influences the patterning by modulating the truchet grid, but the end result is variability in an abstract image as opposed to something being recognizably representational of the source image. 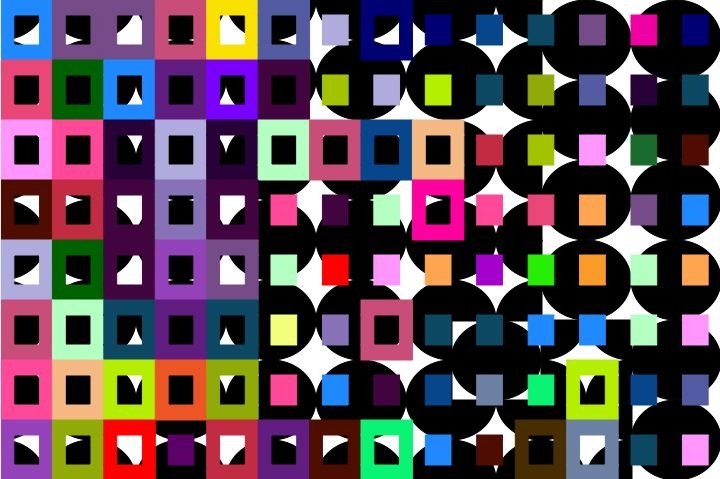 As we have mentioned before, MSG naming conventions use 1C to refer to 1 channel input/output processors,and 3C to refer to 3 channel input and output color processors or full color pattern or texture generators. In yesterday’s post we used to 1C Truchet Flip Mod processors that were stacked to overlay 2 different adaptive truchet modulated patternings, where the modulation was based on the source image green image channel stream. 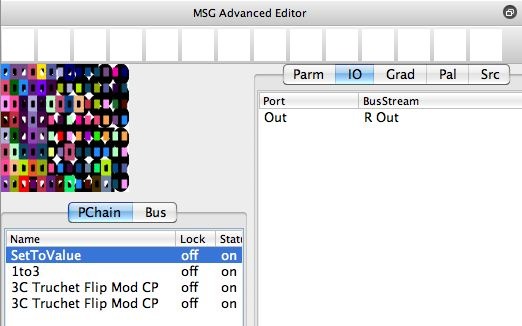 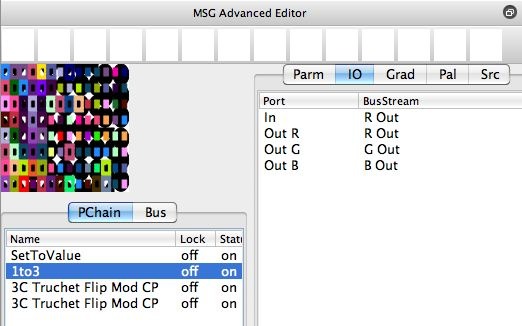 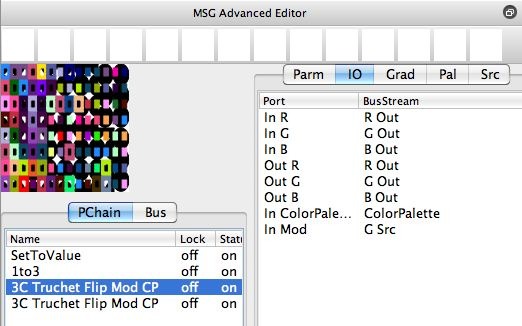 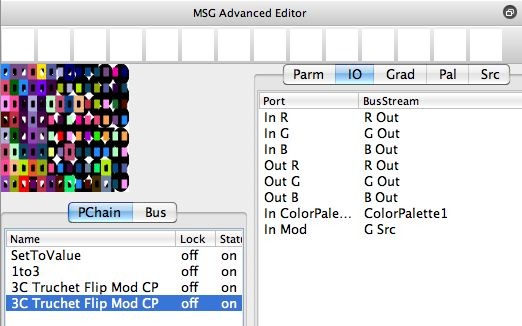 I start with a flat grayscale background generated by the SetToValue processor, just like in yesteday’s example. Since we’re doing color pattern overlays, I needed to use the 1to3 processor to set all 3 output color channels (ROut, GOut, BOut) we are using to build up the overlay to the initial gray colorings. I then used 2 C Truchet Flip Mod processors to overlay source modulated color patterns into the (ROut, GOut, BOut) output color streams.

You will notice that the image at the top of the post is very abstract. The source image is modulating the patterning to make it more visually interesting, but you can’t really get a good sense of what the source image really looks like. It’s an example of using adaptive modulation to build visual complexity and interest as opposed to building a representational abstraction effect (the difference between abstract vs abstraction).

If I add the Colorize ip op and Vectorizer action steps I used in yesterday’s post after the MSG effect, I can change the visual appearance of the original abstract effect at the top of the post and make it more representational of the source image (as shown below). 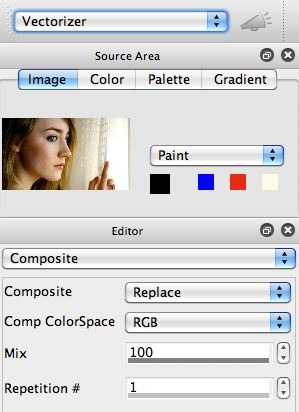 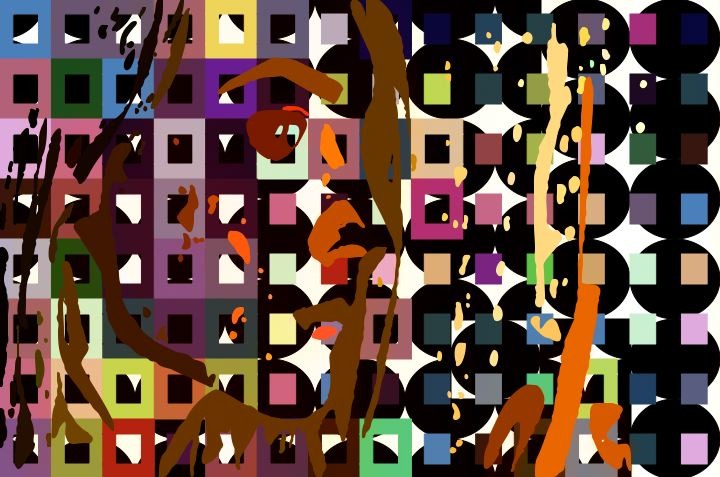 I used the same Colorize ip op parameter settings as yesterday. And essentially the same Overlay Technique vectorizer settings, except I used a Mix % of 100% as opposed to 50%. A Mix of 100% was too heavy in yesterday’s example, but was really needed to pull off the visual effect in this new example. It shows that you often need to fine tune individual parameters for specific parts of an overall effect to take into consideration the unique properties of the source imagery you are working with.

The Colorize ip op step kind of defeats the original purpose in this post of building the adaptive truchet patterning in color based on random sampling of color palettes. So I tried another variation shown in the 4th gallery image above, where I set the Mix % of the Colorize ip op step to 50%. This partially source colorized the original color patterning to match the source image while still allowing some of the original pattern palette coloring to show through.