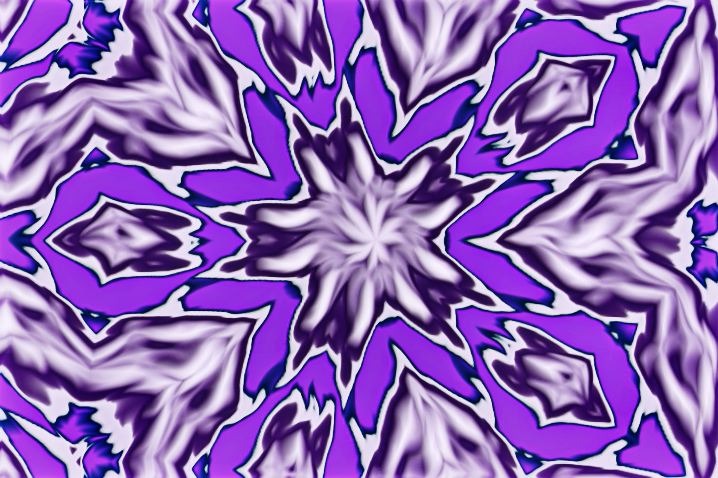 I started with the final MSG preset we created in yesterday’s post. By clicking on the MSG Advanced Editor preview cell I generated a set of mutated variants of that preset in the Evolution Editor. By using the TG Evolution Preview context menu command in the Evolution Editor, I was able to observe the self-animating behavior of all of the mutated presets associated with the evolution preview cells. I picked on a particular evolution preview cell I like, and clicked on it to generate a new set of mutated variants derived from the preset preview I clicked on. 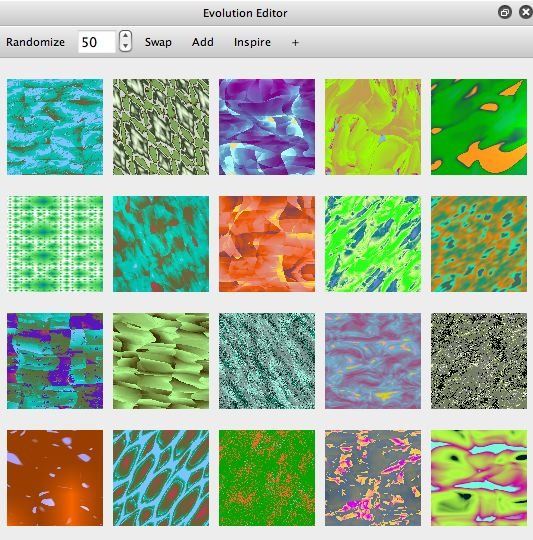 For more information on working with the TG Preview context menu commands to preview self-animating MSG presets, check out this previous post.

I wanted to add some kaleidoscopic symmetry to the overall abstract effect. To do this I used one of the MSG Editing commands in the integrated Help Browser. The particular configuration command meta edit I used was the Kaleido-indirect metaedit command shown below.

For more information on working with MSG Configuration commands check out this previous post.

After clicking on the Kaleido-indirect metaedit configuration command, the Evolution Editor updated to display new presets that incorporated the kaleidocopic geometric distortion I added when I ran the metaedit command. The image gallery below shows the new evolution preview cells meta-edited to incorporate a kaleidoscopic geometric distortion and the associated changes in the MSG Advanced Editor introduced by the meta-edit configuration command. Note the 2 additional processors added at the end of the processor chain that build the kaleidoscopic effect. 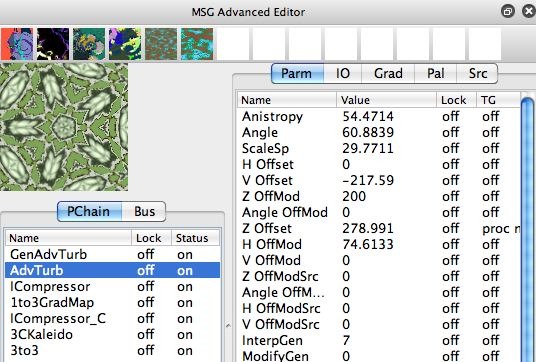 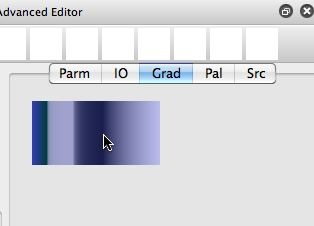 The third image in the gallery below shows the PASeq used for my final animation. Note the second keyframe for the first MSG action step recorded at keyframe 181. The MSG action step is doing most of the work. All of the other action steps in the PASeq can be considered finished enhancements. The image is sharpened, a slight lighting gradient is added, it’s slightly interactively warped modulated by a smoothed version of itself, and the contrast is boosted.

The final animation example generated using the above PASeq can be seen here.