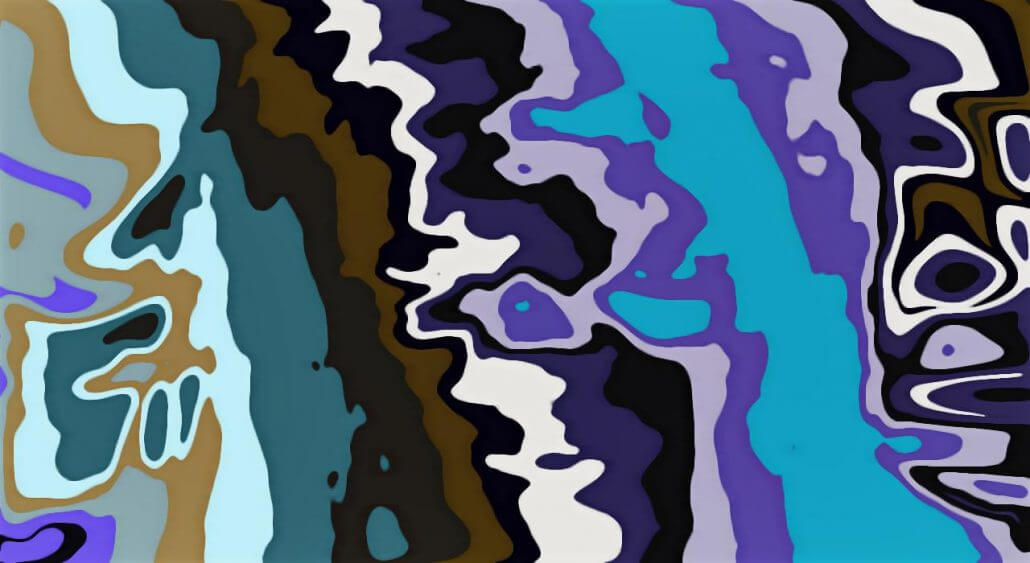 The paint action sequence (PASeq) used for this particular effects is shown below. 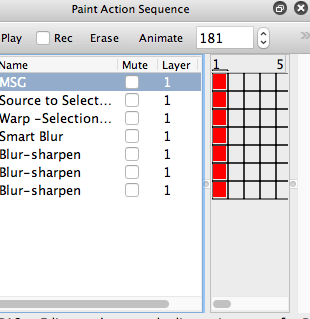 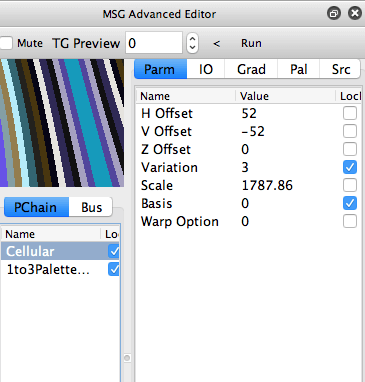 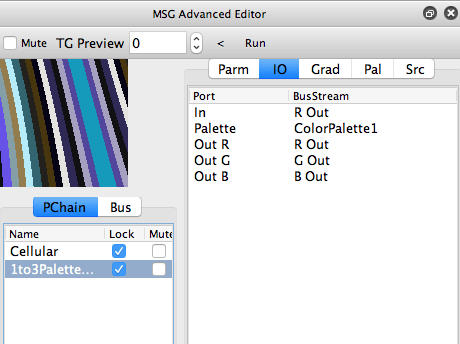 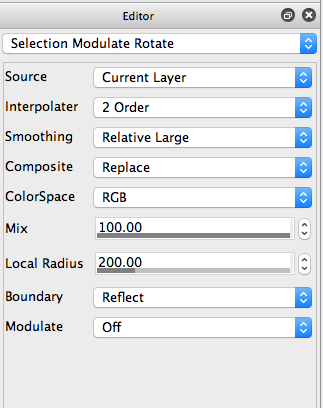 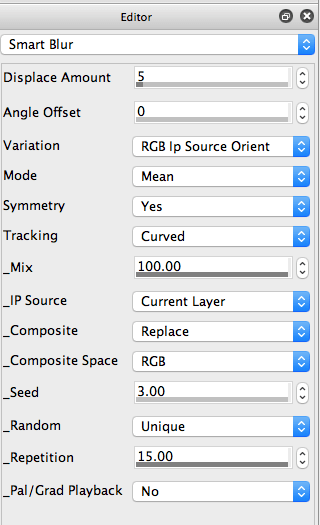 The first action step is based on a MSG preset that was edited to generate a series of vertical colored bands. It’s based on index mapping a Cellular generative processor through a color palette. Any time you index map a smooth gradient shading through a color palette it’s going to generate a series of colored band transitions.

I then used a Selection Modulate Rotate interactive warp operation to warp the vertical color band canvas. I first set the selection buffer to the source image before doing the warp (Canvas : Selection : Set to : Source Image menu command). So the rotation warp is modulated based on the source image.

I turned on the interactive warp Smoothing parameter to the On1 option to get a warp with less fine detail in it.

I then used the Smart Blur image operation effect to smooth out the edges associated with the warped vertical color bands. This particular Smart Blur ip op effect setting is very useful whenever you have hard edges you want to intelligently smooth out. The Smart Blur does a much better job of this than a normal non-adaptive blur effect. Note that I set the Repetition parameter to 15 so that the SmartBlur effect would run 15 times (as opposed to adding 15 SmartBlur action steps in to the PASeq).

The last 3 action steps used the Blur ip op with a Edge1 composite setting to generate a series of sharpening effects at different spatial frequencies. So the last 4 action steps in the PASeq are really fine tuning finishing steps as opposed to being essential components of building the color wave abstraction effect.

The PASeq preset used to build this effect is available Color Wave.paseq