Yesterday we talked about how to configure Studio Artist to work with live video processing. Today we’ll discuss another kind of live video performance feature, but one oriented at synthesizing abstract visual imagery via recursive feedback processing in real time.

The image above is a frame capture of a dynamic textural image generated in real time by recursively processing the canvas with a MSG preset running in loop action. The difference between this style of video synthesis and the live video processing we discussed yesterday is that the loop action effect is repeatably re-processing the last video output frame image as opposed to processing a live video input capture like in yesterday’s example. 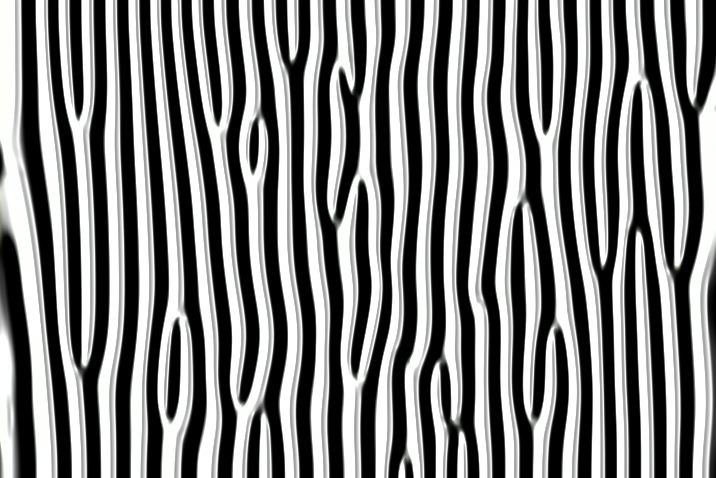 To get across the point of today’s post i’m going to use a simple MSG factory preset called Default : General : Lighting Res-Independent. This MSG preset generates a resolution independent 3D lighting effect. 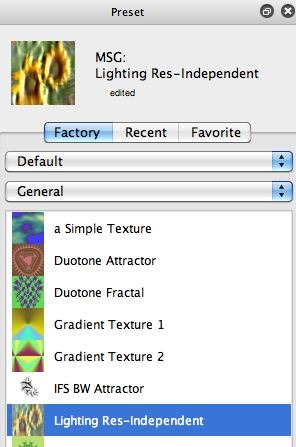 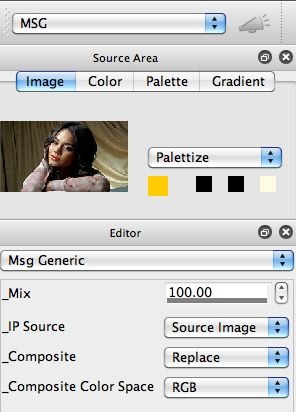 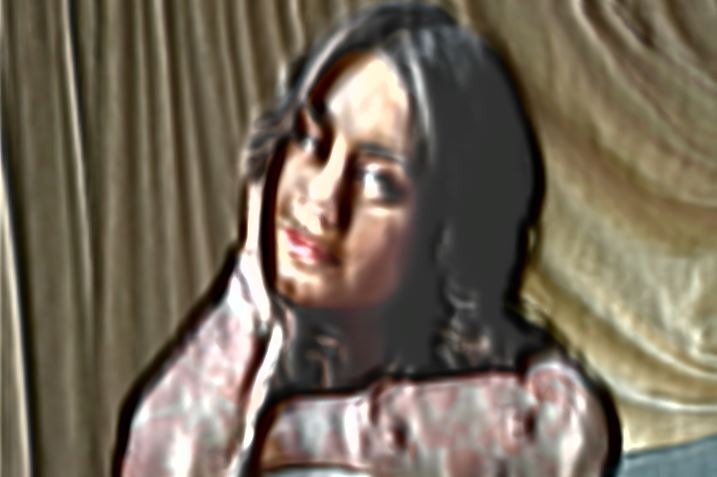 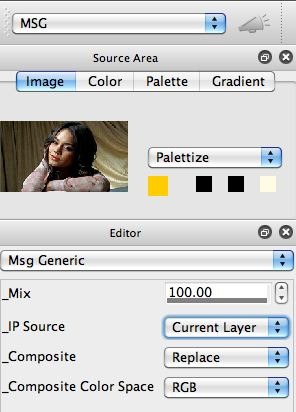 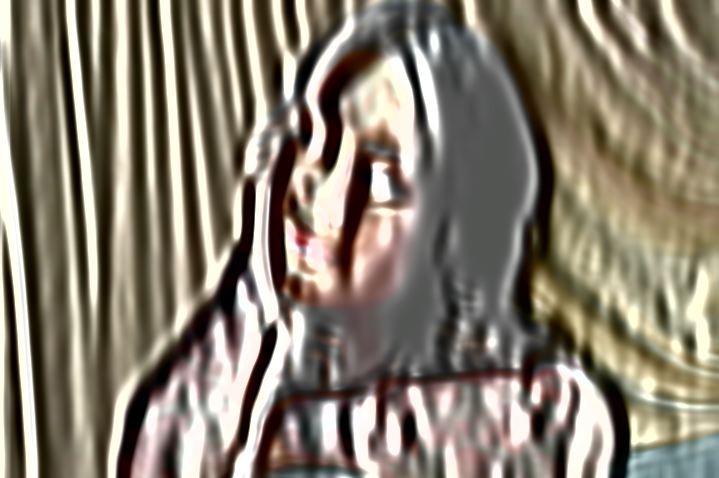 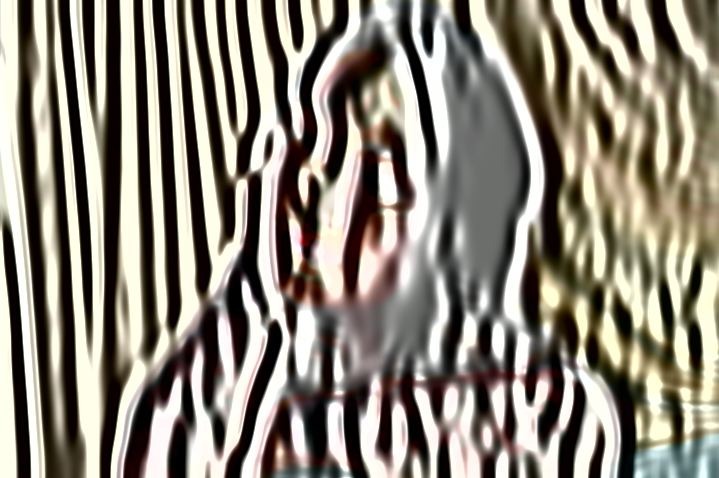 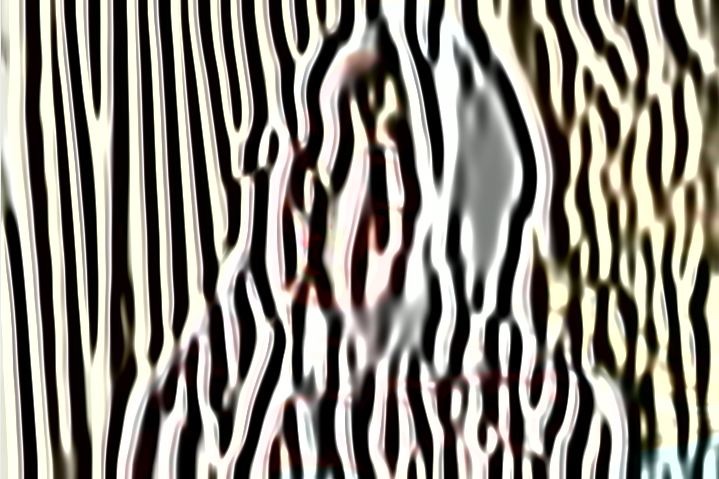 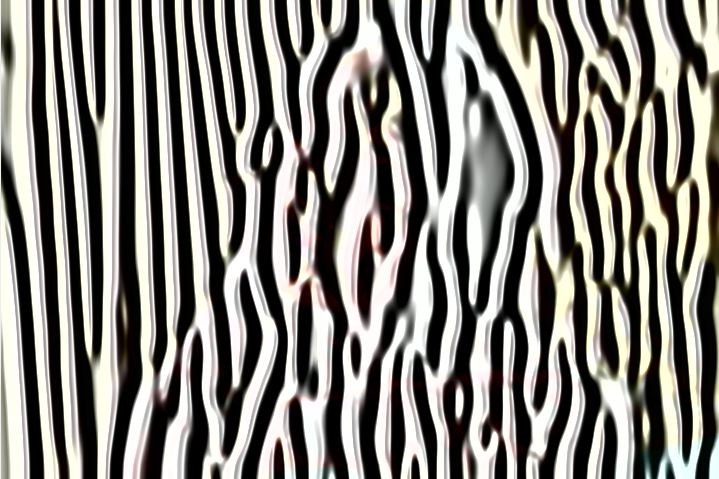 The original MSG preset is configured so that it’s IP Source is setup to process the Source Image (2nd gallery image above). This leads to the lighting effect shown in the 3rd gallery image for a static source image. If you ran the preset in loop action, you would get repeated identical frame output if the source image is not changing, or a lighting effect added to a movie source or live video capture input for either of those two source input options.

The 4th gallery image above shows the IP Source for the effect now changed to process the Current Layer. The remaining gallery images show a few cycles of running loop action with this single parameter change to how the new modified effect works. Note that since the effect is now recursively processing the current layer, the effect quickly becomes a free-running live texture synthesis algorithm. This is due to the fact that the effect is processing an ever changing source that is the last frame output of the effect, so it could be considered a kind of video feedback process.

Depending on what kind of effect you are running, you can create all kinds of interesting live visual dynamic texture generators that can be controlled in real time by either manually editing individual parameters associated with the effect, or working with the Evolution Editor in real time while a MSG effect is running loop action. This particular effect does not respond very well to manual parameter edits when running recursively, quickly settling down into a steady state left to right evolving texture field. Other effects can allow for all kinds of interactive adjustments of the live evolving texture field of visual synthesis effect.

In addition to interactively adjusting effects parameters in the MSG Advanced Editor, you could also adjust Editor controls like the Mix and Composite settings to change the nature of the live processing in real time.

Here’s a short movie file example I generated by opening a Movie Stream and outputting the effect running in loop action with an Enable Write on Op End frame write flag turned on for the movie stream. So a single frame is output for each cycle of the loop action processing. I setup a manual playback frames per second rate of 10 fps for the generated movie stream, but the actual live video synthesis occurs much faster than that frame rate.

The playback rate of a generate movie stream can be completely independent of how long it takes to generate a frame with any given Studio Artist effect. In this particular case, we are slowing down the frame rate of the resulting effect. But we could also speed up live processing that runs slower than you would like for your final visual presentation, while still having the ability to live interact and manipulate the live generating video stream as it is being generated in real time.