The frame capture above was taken from a movie stream generated by using a MSG preset to process live video in Studio Artist. While we often focus on static image or movie processing visual effects that are generated out of real time, there are many interesting live visual performance features available in Studio Artist. Including the ability to process a live video stream in real time.

How many frames per second you will be able to process live is a function of the computational complexity of the particular effect you are running. But you also have the ability to work with live processing at a slower frame rate than your desired final frame rate while recording a live visual performance to a quicktime movie file, that then plays back the results at the faster frame rate you want for your final finished result. 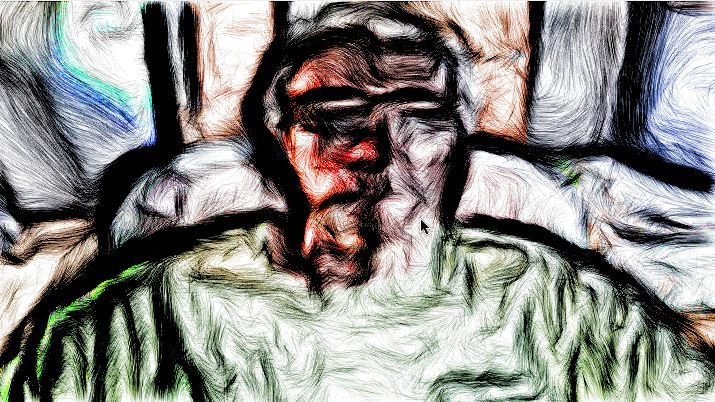 The live MSG processing effect shown above was generated using the Default : General : Thratch2 MSG preset shown below. The 2nd gallery image shows off how the effect is constructed in the MSG Advanced Editor. I uses 4 different MSG processors to build a color sketch effect that runs fairly quickly. 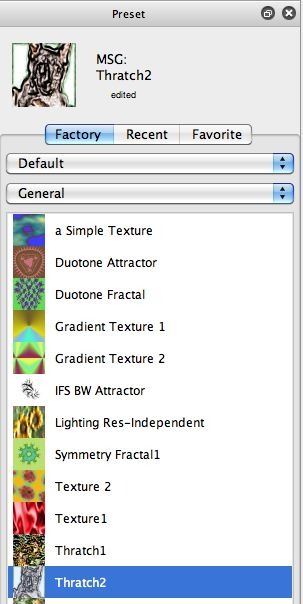 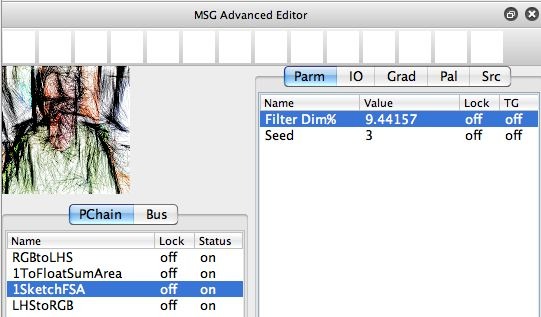 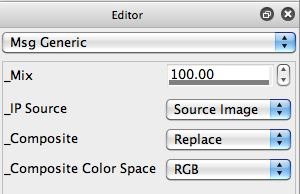 The 3rd gallery image shows that the MSG preset is setup so that it’s IP Source is using the Source Image (as opposed to processing the current canvas layer). This is important because our live video frame captures will be coming into the source area.

The 4th gallery image shows off the File : Source Settings menu flags. The key to setting up a live video processing effect is to turn on the  File : Source Settings : Live Video Loop Action Advance menu flag. When this menu flag is turned on, then when you run a preset in loop action, a new live video frame capture will occur in the source area at the beginning of each loop action cycle.

Loop action runs a preset in a continuous loop over and over again until you manually stop loop action by pressing the space bar. You can change to different presets while running in loop action and the loop will continue playing seamlessly, switching to using the new selected preset for the next loop processing cycle. Working with multiple presets in the Favorites toolbar is a great way to switch between different presets on the fly while running loop action. You just click on a preset icon in the Favorites preset bar to import it as the current looping preset.

Once I start running loop action, Studio Artist runs in a continuous processing loop, capturing a new source image from the built in iSight camera in the iMac i’m running Studio Artist on at the beginning of each loop cycle, then processing the newly captured source image with the current preset running in loop action mode. A short video screen capture of the live MSG based video processing described above is available to check out here.

Keep in mind that live video processing is only going to work if you have a computer with either a built in iSight camera or some kind of external firewire or usb camera input that is supported by Quicktime video input drivers. We’ve used external iSight camera, web cams, and firewire equipped video camcorders as live video input devices in our testing. The key is that there needs to be a quicktime video input driver available for the device, since Studio Artist uses Quicktime for video capture (and for video processing).

For this simple example we are just running a single MSG preset in loop action mode to generate live video processing. But you could do things like attach temporal generators to different MSG editable parameters to procedurally animate them over time as the live loop processing takes place. Or you could build more elaborate effects using a PASeq preset to run using loop action for more sophisticated (but perhaps with slower frame rates ) live video processing.