Studio Artist’s paint synthesizer gives you extreme editable control over how automatically drawn color paths are created. By working with the path angle settings, you can create color presets that attempt to track the local orientation of the original image.

The source orientation can be thought of as the inherent curvature or flow that can be perceived in local areas of a source image. Orientation takes place along edges in the source image.

Today we are working with a modified water mixing color. You can download the preset here.  Just download unzip and drag it onto your Studio Artist icon in your dock.  Or choose file>Import>Import Paint Preset  WaterOrientationBlend1

NOTE: Be sure to have an image in the canvas for this preset to work.

The watercolor preset automatically generates drawn color strokes that track the orientation of the original image. If you look at the Path Angle panel below, you can see that the path angle is set to track the orientation and the angle offset is set to 0. The second gallery image below shows the output that is generated by first deleting the canvas to the original image and then pressing Action to perform the default water mixing color.

Note that the automatically drawn color strokes follow the curvature inherent in the initial image, so the water mixture is intelligently applied and works to soften the image characteristics without dramatically distorting them. 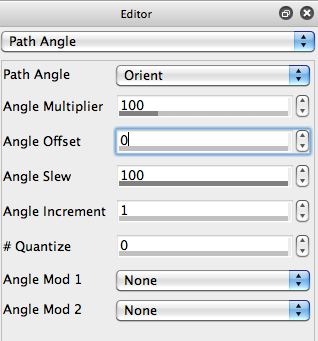 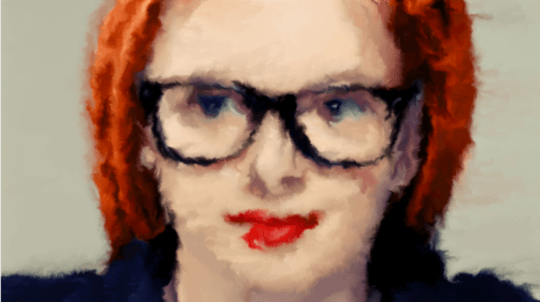 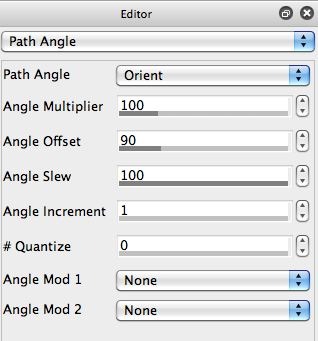 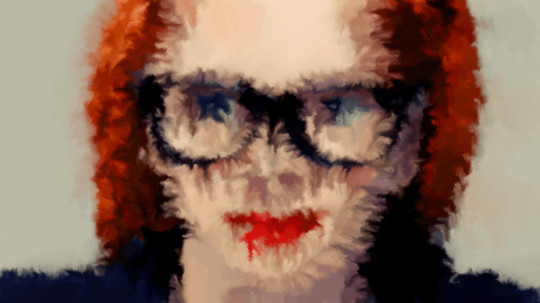 The 3rd gallery image above shows the the Path Angle Offset has been set to 90 degrees. The Path Angle is still set to track the source image orientation. So the auto-drawn paint strokes will be generated so that they are drawn 90 degrees perpendicular to the inherent source image curvature.

Note that the Fill From and Fill To parameters in the Paint Source Setup control panel are set to Canvas Image. So no paint coloring is applied to the brush nib, just the existing canvas image is placed on the brush and then reapplied to the canvas. 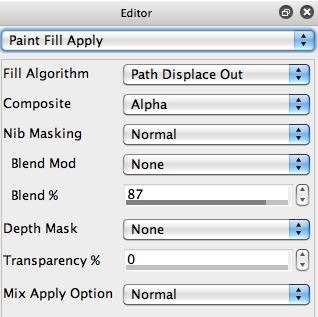 The Fill Algorithm in the Paint Fill Apply control panel is set to Path Displace Out. This fill algorithm pulls the existing canvas along the paint path. So it introduces a smear into the paint.