Today’s post continues our  look back at the old Process Movie Tutorials that we started with yesterday’s post. If you have not read yesterday’s post, please read it before continuing. Today’s example will again show off the differences between building a paint action sequence (PASeq) that erases to white and then paints each frame, vs the concept of overdrawing on top of a modified previous output frame. 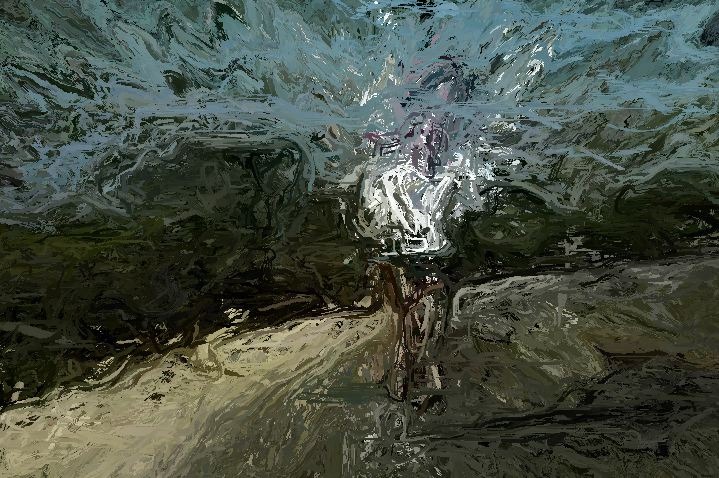 The paint action sequences used in this post are all part of the Default : Process Movie Tutorials PASeq preset category. Today we will respective be looking at the 04 Autoedge-Erase, 05 Autoedge + Flow1, and 06 Autoedge + Flow2 PASeq presets in this category. 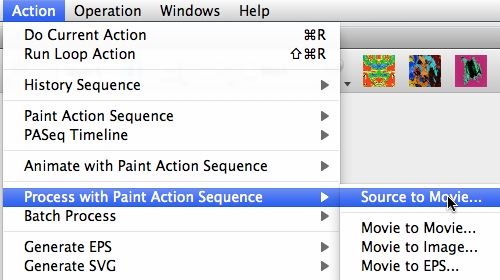 As we mentioned in yesterday’s post, the paint styles used in these examples are fairly basic since they were developed for the original Studio Artist release. You could generate a much more sophisticated looking paint style using Studio Artist 4 if you wished to. But the concepts used in how these old tutorial examples were built are timeless and worth analyzing, especially if you are a new user just getting started building PASeq’s for generating auto-rotoscoped paint animation effects.

The resulting paint animation generated with the first PASeq shown above can be seen here.

Note that there’s a lot of flicker in the paint animation due to the fact that each output frame is first erased to white and then painted in. As we discussed in detail in yesterday’s post, to reduce visual flicker in a paint animation, you need to introduce the concept of temporal continuity into the animation.

At the same time, you can sculpt the visual appearance of the paint animation to create all kinds of interesting artistic variations in the animation by the interaction of the canvas modification processing with whatever is already painted in on the previous canvas output frames. This interaction continues over successive processed frames, and can lead to rich organic visual effects not apparent when looking at a static image generated by the PASeq. The effect may not be apparent when processing just one image because it is based on recursively processing the canvas over time while also overpainting.

You can see the second paint animation example here.

Note that your visual perception of the second paint animation is very different than the first one, even though the actual paint strokes drawn for both animations are the same. The second animation seems much smoother with reduced flicker, and also give a more dynamic spreading liquid appearance to the animation.

The 3rd gallery image shows a variation of the approach we used in the second example. Again, we never erase the canvas prior to painting a new frame, but we do modify it slightly using a different paint effect. This time we use a canvas spreading effect that tries to track the source orientation rather than spread from the center. This alternative approach to spreading the old output image is generated this the AutoPaint-Flow2 action step. Otherwise, the rest of the actions teps in the PASeq are identical to the first 2 examples, so again the individual paint strokes are the same as the 2 previous animation.

The result of the third paint animation can be seen here.

Again, note the reduction in visual flicker as compared to the first example, and the different flowing wet paint style that is generated when you view the animation.

Keep in mind that these old PASeq presets don’t erase the canvas for the first frame for the 2nd and 3rd examples, so you would want to do that manually before running the Action : Process with Paint Action Sequence : Source to Movie menu command to render out the animation.

I hope these 3 simple examples help make clear the difference between painting on a clean erased canvas vs overdrawing on a modified previous output frame can lead to fairly radical differences in the perception and overall visual appearance of the resulting paint animations.

Again, the key to reducing flicker in a paint animation is to generate temporal continuity from frame to frame. And a powerful approach to generate temporal continuity is to incorporate the concept of overdrawing on a modified version of our previous output frame into the overall design of your PASeq used to process your source video to generate the output paint animation effect. This second approach to building a processing PASeq leads to reduced flicker while also expanding the visual aesthetics that can be generated in the animation due to the recursive processing taking place over time that modifies previously painted output frames.