In yesterday’s post we discussed how to configure the paint synthesizer to build a Rutt Etra style vector paint effect. Today we’ll look at using a MSG processor to generate the self-modulating displacement mapping effect shown above. 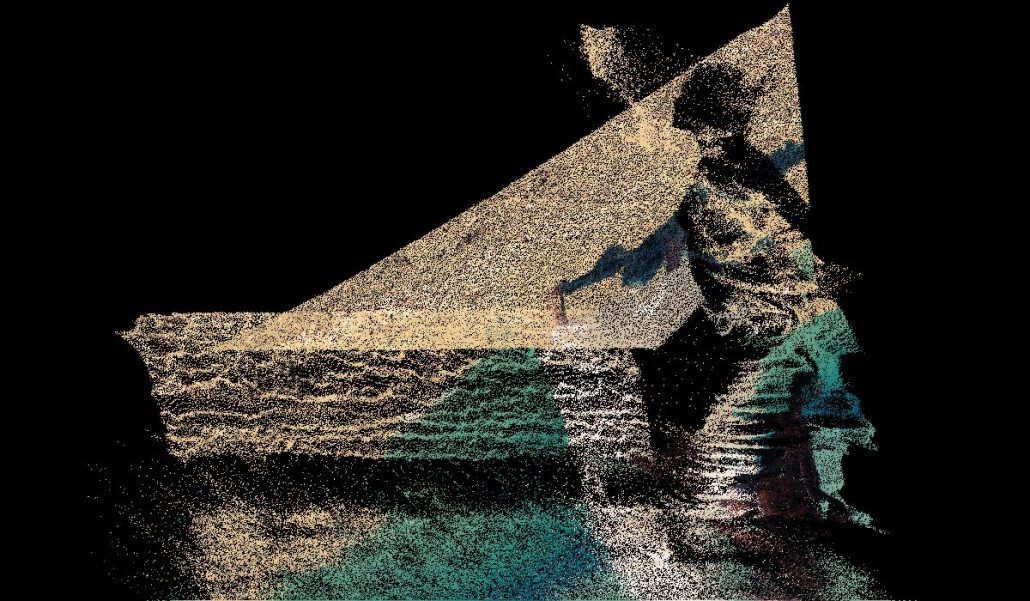 The effect shown above was created using a single RGB_DisplaceMod2D1 processor. The first 2 control panels below show the IO (input-output) routing and the editable parameters settings used for this effect.

Here is the preset MsgDisplace_RuttEtraEfx1.msg 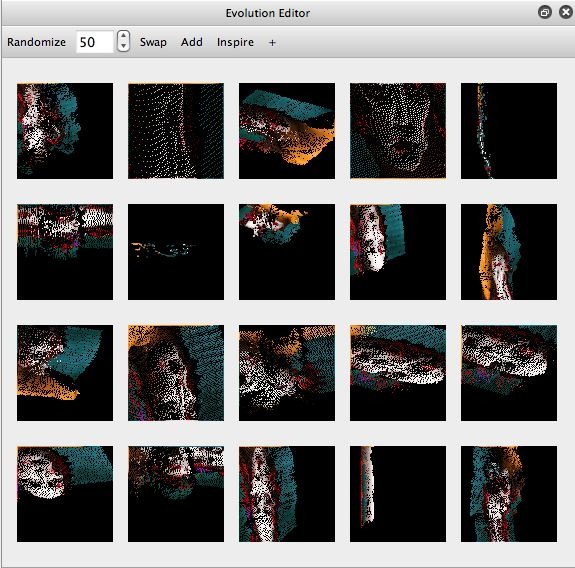 Note that a Triangle temporal generator is attached to the H Offset parameter. If you run the MSG preset in loop action mode it will self animate with a horizontal back and forth sweeping effect.

You could use this MSG preset in a PASeq with additional processing steps, or add on additional MSG processors to the MSG preset, if you want to create artistic variations of the initial simple point cloud scan line displacement mapping effect. 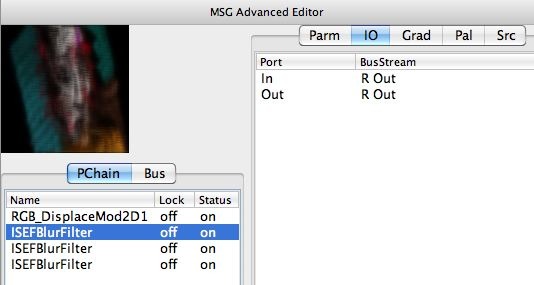 The image above shows one simple artistic variation. I added 3 ISEFBlurFIlter processors to the original single processor effect described above, each of which processes one of the 3 output color channel streams (R Out, G Out, B Out) for the MSG effect.
Share this post
Share on FacebookShare on Facebook TweetShare on Twitter