The images above are some simple examples of abstract vector shapes that can be generated by MSG processor that overlays colored shapes based on a user definable color palette. We’ll take a look at this simple MSG processor and how to use it in this post.

The particular MSG processor we will be looking at in this post is the 3C Abstract11 CP processor. It’s designed to overlay simple stylized color vector shapes on top of an incoming 3 channel color image stream. For example, look at the first 2 images in the gallery below to see the IO (input-output) routing I used to build a simple MSG preset that overlays shapes generated by the 3C Abstract11 CP processor on a flat gray background image. 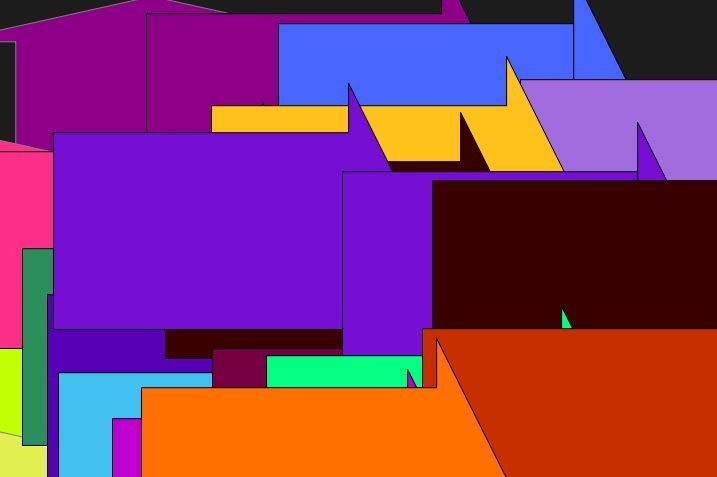 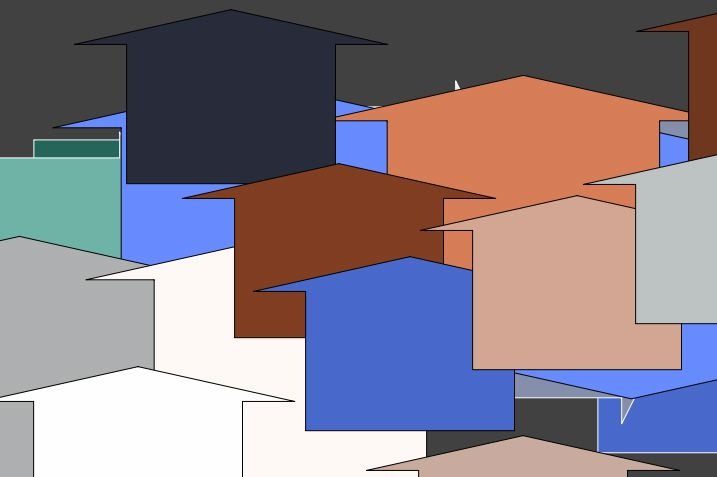 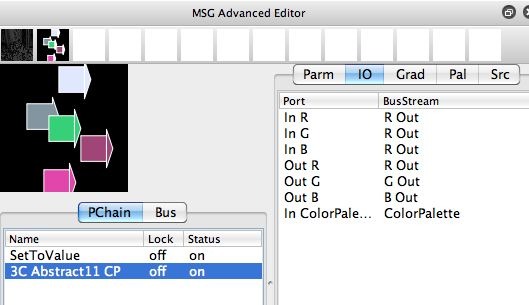 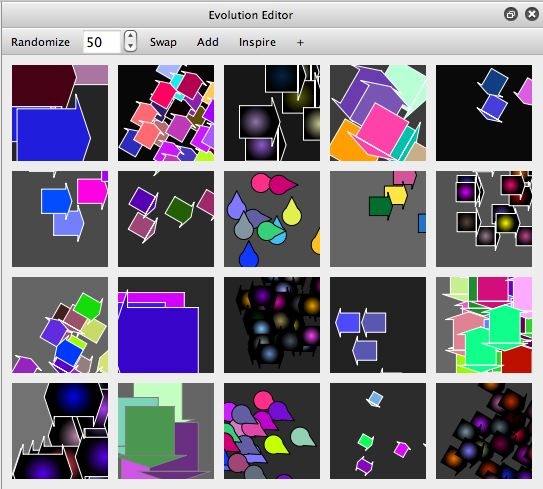 The 3 output ports of the 3C Abstract11 CP processor (Out R,Out G,Out B) are hooked up to the 3 main output streams for the MSG preset (ROut,GOut,BOut). After the 2nd processor runs all 3 output image streams are set to specific values, in this case a flat gray background with colored vector shapes overlaid on top of it. 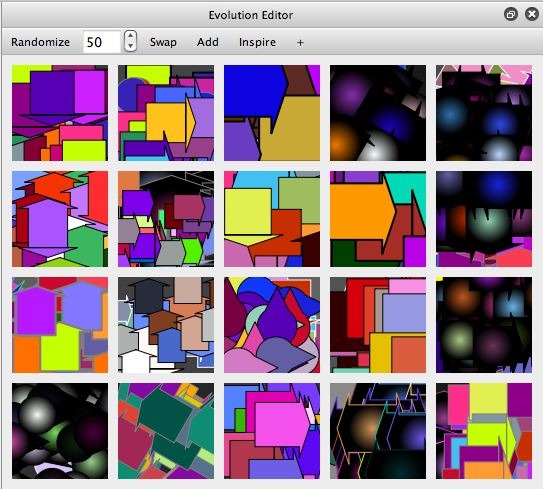 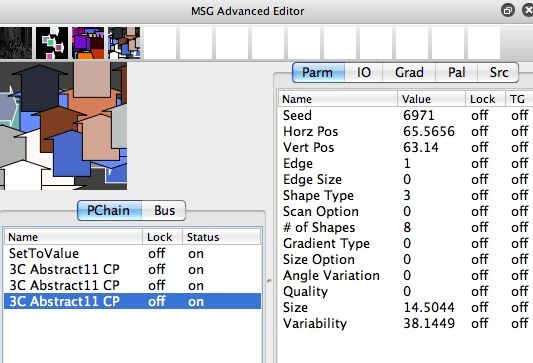 The 2nd gallery image above shows off mutated variants of my newly edited stacked overlay preset. Note how the complexity of the resulting abstract imagery generated by this more complicated preset is more complicated than the original 2 processor preset.

All of the shapes generated by the 3C Abstract11 CP processor tend to be simple arrow-like pointing vector shapes. the various editable parameters associated with the processor (3rd gallery image above) can be adjusted to change visual characteristics like the shape, coloring, edge outlining, gradient fill, horizontal and vertical positioning, and anti-alias edge properties of the simple vector shapes generated by the processor.

Tomorrow, we’ll start off where we left off and perform some directed evolution using the Evolution Editor to build a more complicated visual effect from this simple starting point we created today.