The following image shows a simple Pantograph effect generated using the paint synthesizer. The details of how this effect was put together is interesting, so we’ll explore it’s underpinnings in more depth in this post. 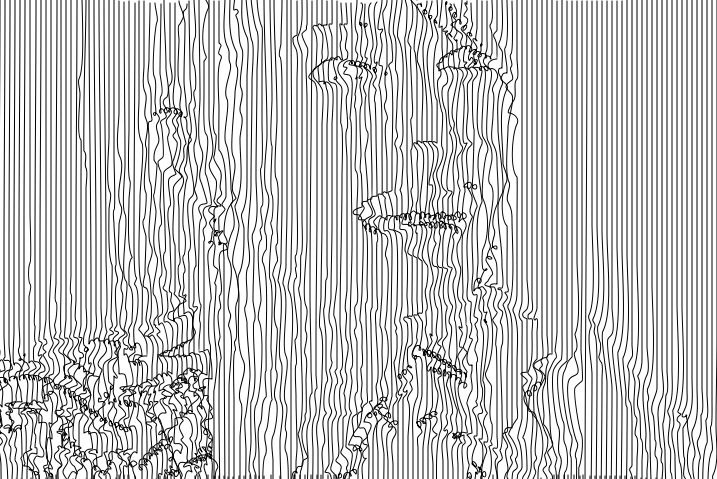 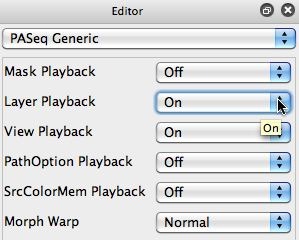 Whenever you use multiple layers in a PASeq, if you want the PASeq playback to also playback the specific layer and view information that was recorded for each individual action step you need to turn on Layer Playback and View Playback in the generic Editor. If you don’t turn on Layer Playback for the PASeq, then the layer information will be ignored and the entire PASeq will just playback into the current layer.

I used 2 layers because I wanted to modulate something in the paint synthesizer with the source image luminance, and that modulator was not directly available for the parameter I wanted to modulate.  But it did support Bus modulation. Bus modulation is a way to route the image luminance from another layer as a parameter modulator. You can set the specific layer you want to be the Bus1 modulator in the Miscellaneous control panel of the paint synthesizer. You can see that it’s set to layer 1. Note that the first action step in the PASeq sets layer 1 to the source image. 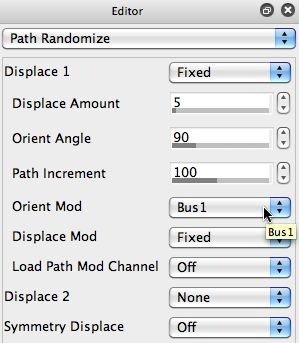 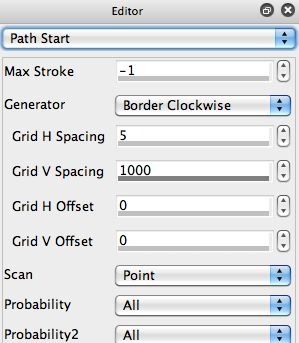 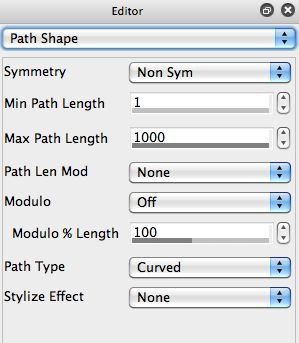 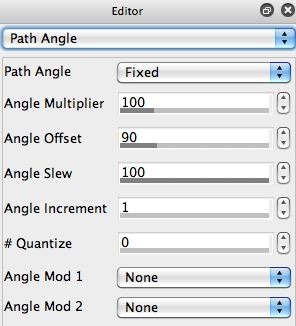 The paint synthesizer Path Randomization control panel settings I used are shown above in the galleries second screen shot. It’s setup to displace the path 90 degrees from it’s drawing orientation, and the displacement orientation is additionally modulated by the Bus1 modulator (which will be the layer1 luminance image, which is set to the source image).

I wanted the paint synthesizer to draw a series of straight lines that draw across the entire canvas. So to do this I used a Border Clockwise path start Generator setting.  The horizontal grid spacing is set to 5 pixels, while the vertical grid spacing is set to be greater than the canvas size (1000 for the image above). So the grid scan scans across the top of the canvas every 5 pixels, then moves vertically 100 pixels, which is off canvas and prevents the rest of the clockwise border scan from being drawn.

The Path Angle is set to be fixed with an offset value of 90 degrees.  This will generate paths that draw straight down. The Path Shape is set to be a Curved path type. So as the border clockwise path start generators moves across the top border of the canvas in 5 pixel increments a vertical line will be drawn from the top of the canvas to the bottom of the canvas.

The Path Randomize parameter settings we discussed above cause the drawing path to be displacement modulated based on the source image luminance values. So the displacement in the path drawing (the deviation from drawing a straight line from top to bottom) is what creates the Pantograph effect.

Note that if the Orient Mod control in the path randomize control panel directly supported source luminance as a modulator we would not have had to work with the Bus1 modulator and use 2 layers to create the effect.  We’ll be adding that additional modulator option in the future. But examining how I used the Bus1 modulator to get around this limitation is useful for understanding how to do custom programing of the paint synthesizer.

The Bus modulator allows you to use a canvas layer as a modulator, so any image you put in a layer can be used as a modulator. We’ve done a number of different experiments with 3D paint effects, where we placed a stereo distance map for an image in another layer, and then used the distance map to modulate the positioning of paint strokes to generate stereo 3D paintings.

The Bus modulator also allows you to create any kind of custom image modulator you want, just generate the appropriate image in another layer and then use it as the Bus modulator.

I also wanted to point out that this example uses 2 layers, but you still want the layer View to be current layer as opposed to all layers. We’re using a second layer as a hidden buffer to store an image modulator, as opposed to compositing or overlaying multiple layers to create an effect.