Today’s post will explore another MSG processor that generates abstract shapes, where the shape positioning is modulated by an input stream. We’ll show how you can stack multiple instances of the 3C Abstract 5 Grid Mod CP processor to build up spatially variant abstract image complexity. 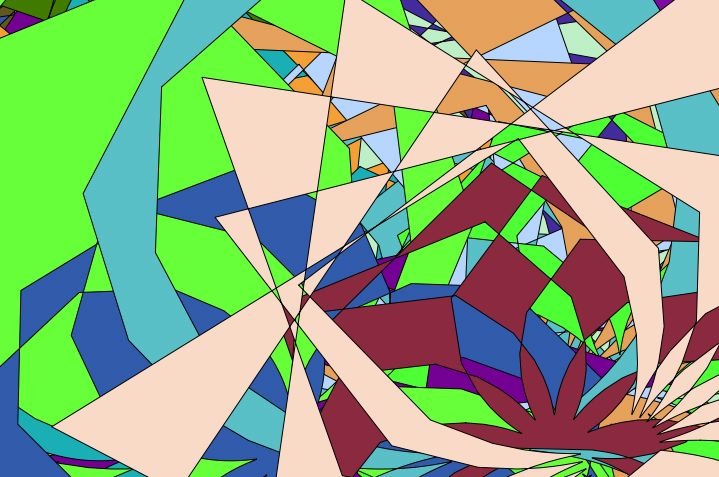 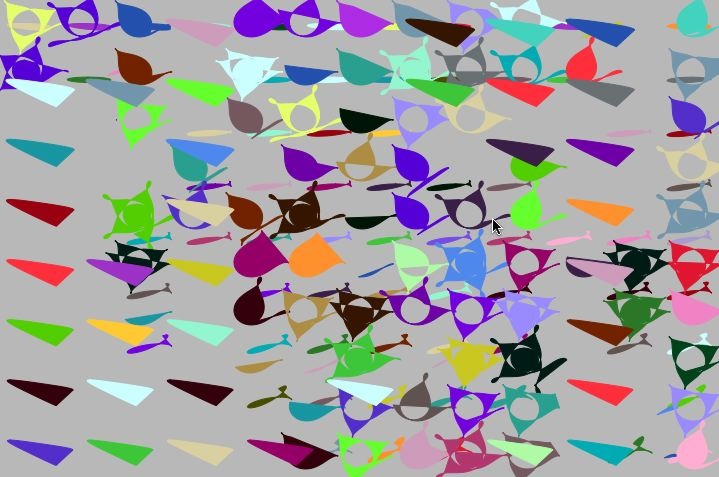 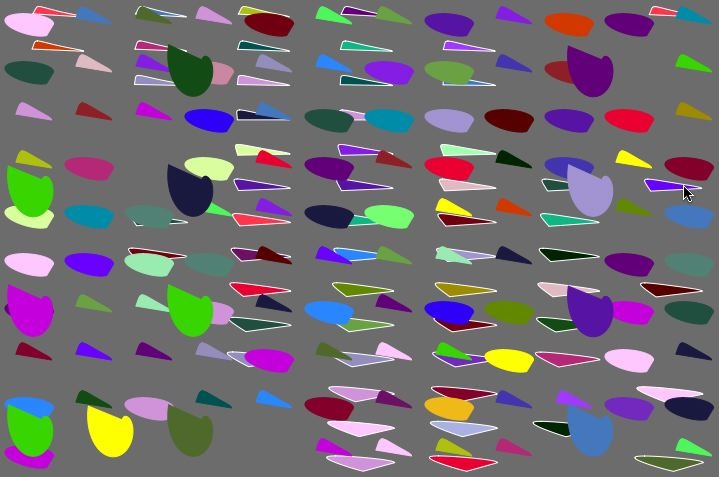 As you may recall from previous posts, the 3C naming convention for MSG processors means they process 3 channel color imagery. And the CP naming convention means that they use a Color Palette input stream to determine the coloring of the imagery.

All of the images above were generated with the MSG preset documented in the gallery below. 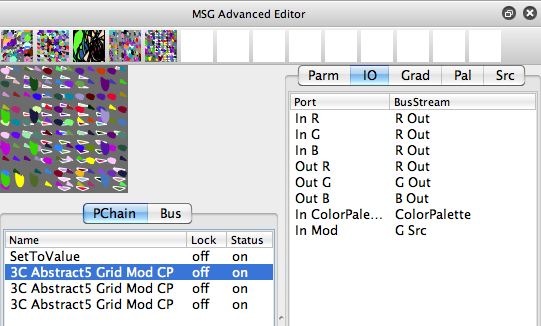 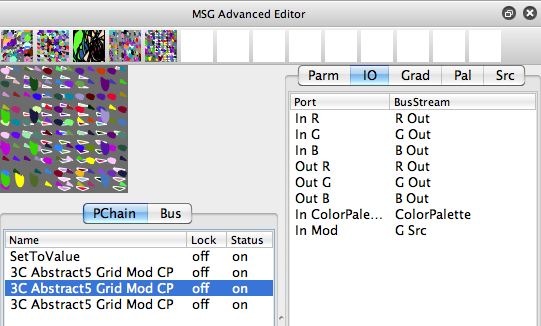 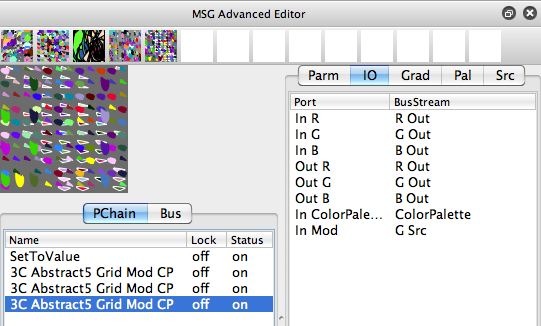 Note that the IO (input-output) routing strategy we used to build this MSG preset is very similar to the one used a few days ago when we build an Apollonian (close packing) abstract imager generator. The particular MSG processor we’re using in today’s example generates abstract shapes positioned in a grid.

The In Mod port for the 3C Abstract 5 Grid Mod CP processor is used to spatially modulate individual elements within the overall grid. In this particular example, we’re using the GSrc input image stream (the green channel of the source image) to modulate the grid positioning for the individual abstract elements.

I only need one Tmp Img temporary image stream on the Bus for this new effect variation, since after I use it to modulate a specic 3C Abstract 5 Grid Mod CP processor I then reload it with a new image generated by another GenAdvTurb  processor. 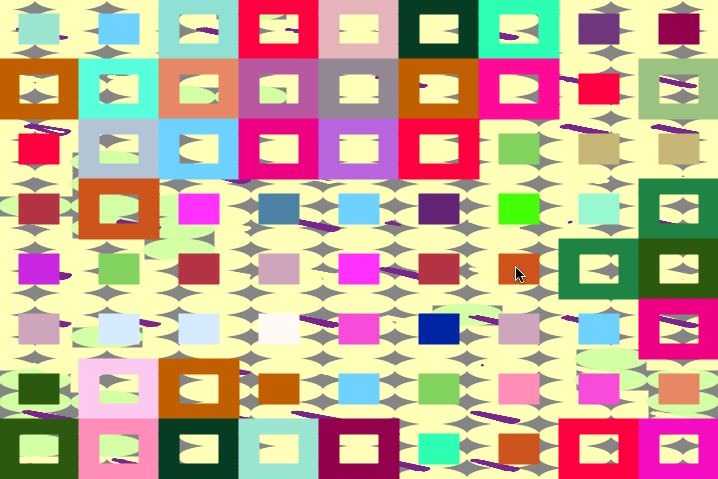 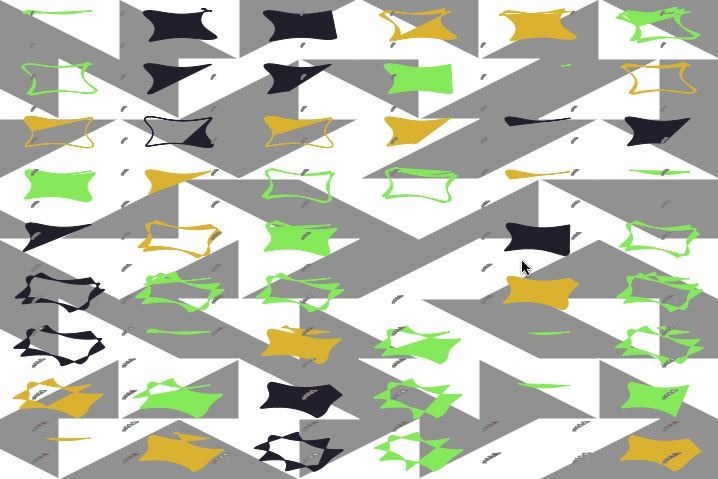 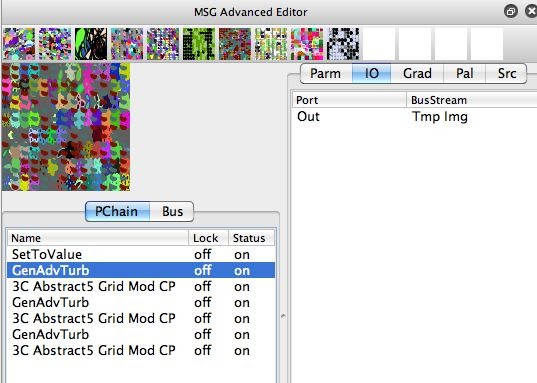 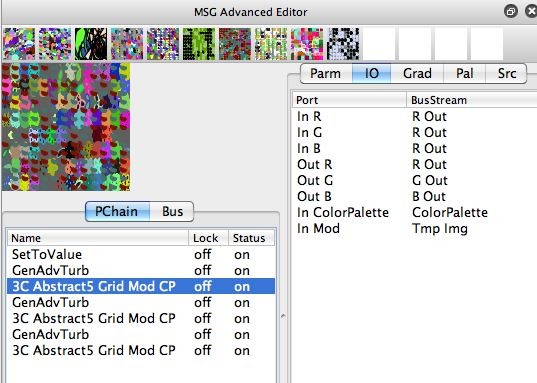 The last 2 gallery images above show what I mean by how I added additional processors to generate temporary image streams to modulate the abstract grid positioning of the original preset described above.

Of course, you are always free to start using Swap or Mutate evolution in the Evolution Editor to build additional complexity and variety via directed evolution. This is usually how I end up generating my most visually interesting images. So, you can start with a fairly simple IO and processor layout strategy for creating stacked overlaid imagery, and then evolve that fixed processor configuration over time to create endless variety. Some of the images in this last gallery were generated via swap evolution after the manual editing steps I mentioned above.