For this particular example we used 3 different 1C Abstract5 processors, one for each of the 3 color channels associated with a MSG preset’s color image output (R Out, G Out, B Out). The image gallery below shows the different processor’s IO (input-output) routing that was used to build the overall MSG preset effect. We start off by generating a flat gray colored image in the R Out stream (SetToValue processor). We then use that image stream as the input for the 3 1C Abstract5 processors, which output respectively to the B Out, G Out, and R Out streams. I ordered the output IO routing for the 3 processors in that order so that I would not override the flat gray R Out image stream until the 3rd 1C Abstract5 processor was run. A ForceColorMap processor was used to colorize the final full color effect a little by mapping to through a color palette. 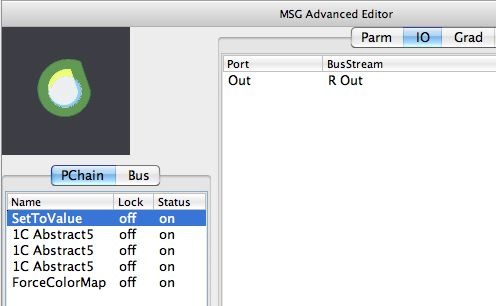 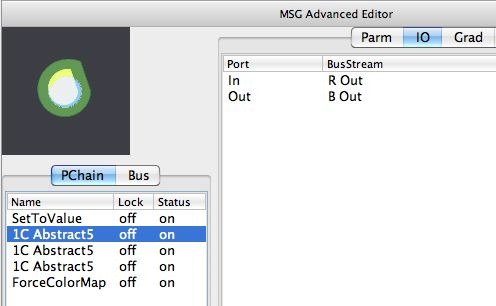 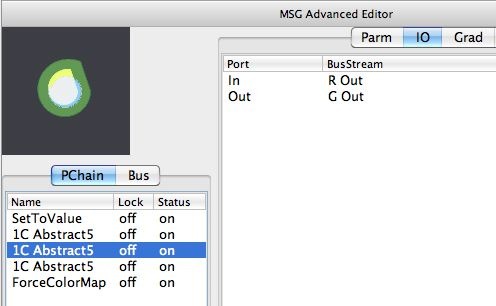 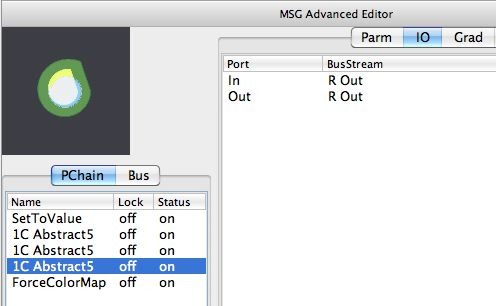 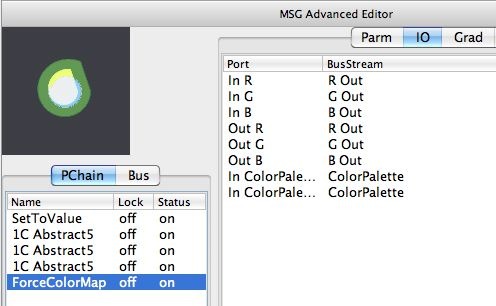 So the procedurally animating shapes cycle over time in synch, but with varying appearance. I did this on purpose so that the shape evolution and associated movement from the 3 processors would stay in synch over the course of the animation. You could change this by varying the TG settings and other processor parameters to create a totally different kind of shape animation evolution over time.

The image gallery above shows off the parameter settings for each of the 3 1C Abstract5 processors. So we’re generating an animation with 3 slightly different variations of yesterday’s procedurally animating 1C Abstract5 processor. Procedurally animating multiple processors that work together to build an overall visual effect is a way to build increasing visual complexity into the resulting animation output.