Hidden away in the paint synthesizer in the Path Start control panel is the ‘Sketch to Internal Path Memory 1‘ option for the path start Generator parameter. This particular path start Generator option can be very powerful if you are interested in creating sketch style paint effects. But it can also be confusing to work with, and can lead to some unexpected results if you don’t fully understand how it works. Today’s post will dive into explaining this particular paint synthesizer feature, and demonstrate a watercolor sketch paint preset you can use as a starting point for creating your own sketch effects. 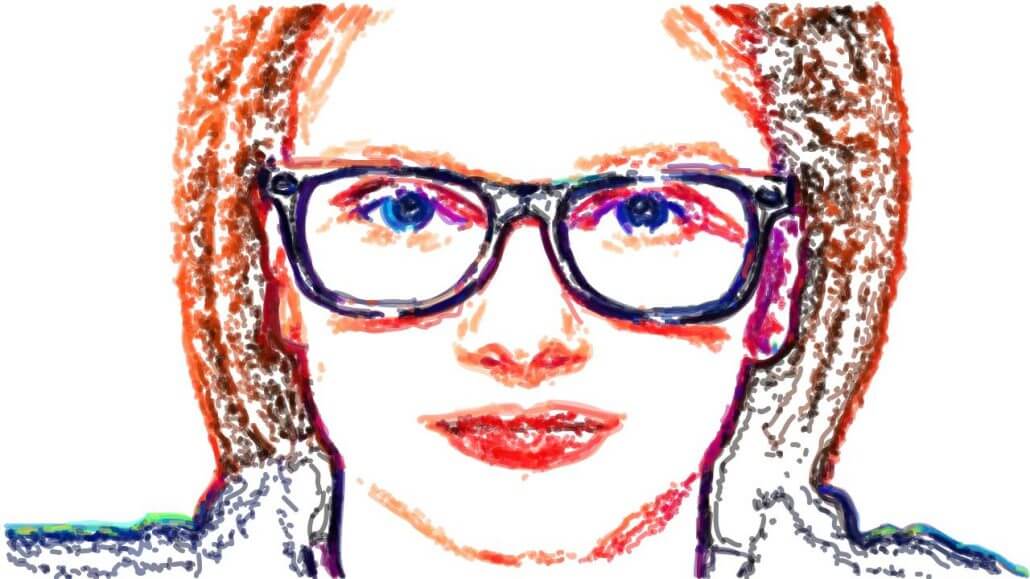 The whole point of the paint synthesizer’s Path Start control panel is to allow you to define where automatically generated paint paths start to draw. Some path start Generators create a series of random sampling points to stochastically distribute paint strokes throughout the drawing canvas. Others generate geometric scanning patterns, like regular tiling or border scan patterns. Others scan based on the location of bezier curves stored in the different bezier path memories. Others perform something called path start regionization, which involves intelligently analyzing the source image, breaking it up into smart regions, and then painting those regions in one at a time.

The ‘Sketch to Internal Path Memory 1‘ path start Generator option is unique, in that it analyzes the source image to create a controllable edge sketch effect, converts the edge sketch into a series of individual bezier paths, and then places those sketch paths into the internal bezier path memory. The resulting bezier paths that represent the source sketch are then available to be used to define paint path start locations, but are also available in the Path Shape control panel to be used to define the actual drawing of the paint paths themselves.

So when editing a paint preset that uses the ‘Sketch to Internal Path Memory 1‘ path start Generator, you need to be aware of this distinction between a Path Type option that draws all of the bezier paths in the path memory in association with a single path start location, vs cycling through the individual bezier paths in the path memory and only drawing only one with each unique path start location.

This second option, cycling through the bezier paths one at a time is what you want to shoot for to create a sketch effect like the one we are building in today’s example. If you create a paint preset that uses the first option by mistake, then the entire bezier sketch will be drawn for each individual path start location. Typically this is not the kind of behavior you would want, for obvious reasons.

Let’s show how to put together a color watercolor sketch paint effect. The first screenshot below shows the Path Start control panel. 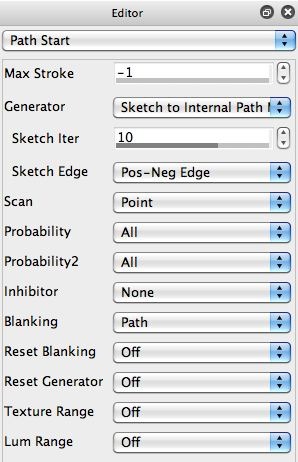 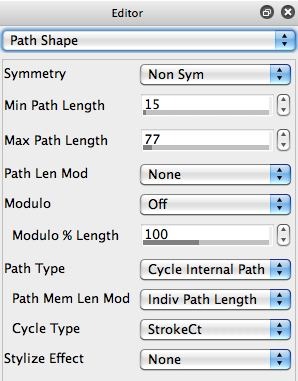 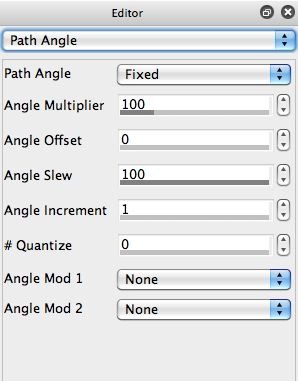 Note that the Generator parameter is set to the ‘Sketch to Internal Path Memory 1‘ option. This Generator option brings up 2 additional parameters, which let you set the number of Sketch Iterations, and a specific Sketch Edge effect. Increasing the Sketch Iterations builds additional complexity into the generated sketch effect. The specific Sketch Edge option choose different algorithms for how the bezier sketch curves are derived from the source image.

Note that the Max Stroke paramter is set to -1. This was done because the number of path start locations corresponds to the number of individual bezier paths generated by the sketch algorithm and stored in the internal bezier path memory. Choosing a Max Stroke of -1 insures that they all will be cycled through during auto-painting. A Max Stroke setting of -1 means do a complete cycle for Generator options that generate geometric scans, or that cycle through the contents of bezier path memories like this one does.

The other thing to be aware of is that we don’t want to apply any additional path angle offsets or angle modulation to the individual paint strokes. Since they already define the source image sketch. So, we set the Path Angle to be Fixed with 0 Angle Offset as seen in the 3rd gallery image above of the Path Angle control panel.

The paint preset I created for this example is available  SketchtoInternal.paint