Building a DualMode Paint Animation from a Magic Spiro Preset 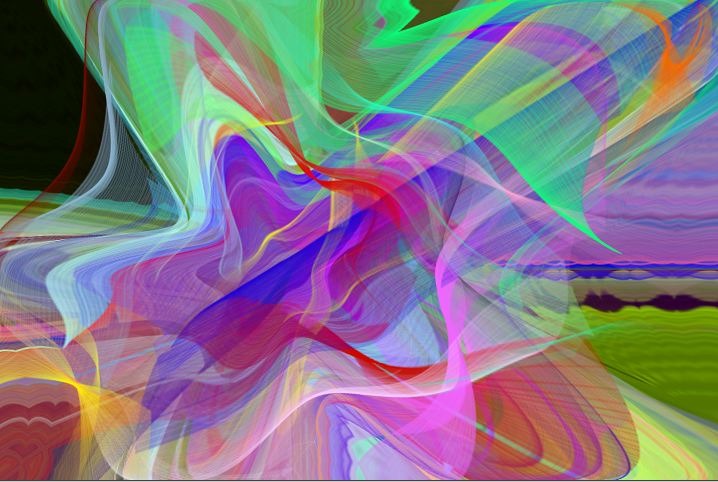 By interleave, we mean that the image processing effect runs simultaneously along with the auto-painting associated with the paint preset. You can use DualMode Paint presets to simulate natural effects like painting on a wet canvas, or to create wild and crazy animation effects (what we will be exploring here).

To make a DualMode Paint preset from an existing paint synthesizer preset, just switch the main operation mode from Paint Synthesizer to DualMode Paint (as shown in the first gallery image below). 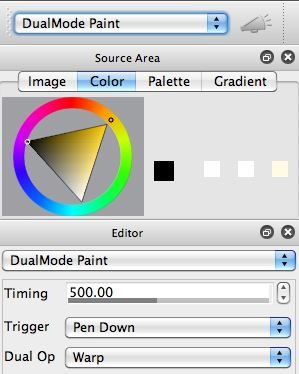 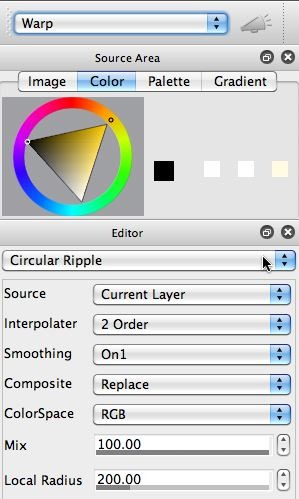 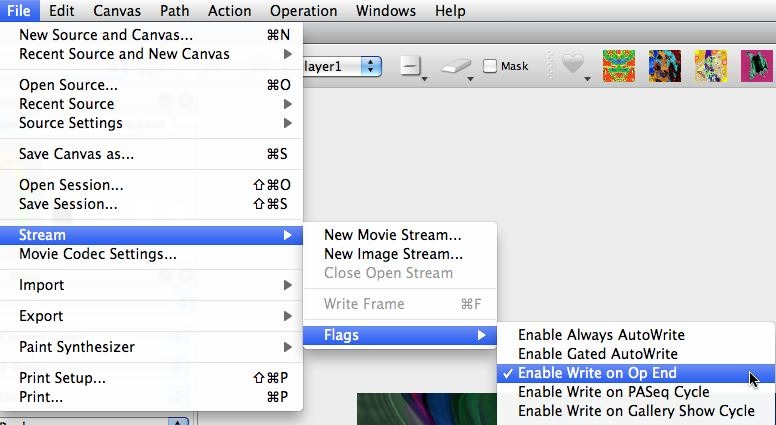 For this particular animation, I wanted the Dual Op to use the interactive warp (as shown above with the Dual Op parameter set to Warp). I then switched to the Interactive Warp operation mode, and selected the Circular Ripple warp option (as shown in the 2nd gallery image above). I then used the mouse in the main canvas to generate an interactive warp effect (by mousing down in the canvas, moving the mouse to interactively create a warp effect, and then releasing the mouse).

Since I was interested in creating a paint animation from my new DualMode Paint preset, I first opened a new movie stream. I did this by using the File : Stream : New Movie Stream menu command. I then turned on the Enable Write on Op End write flag (as shown in the 3rd gallery image above). I then pressed the action button, and let the DualMode Paint preset run for awhile.

The particular write flag I had enabled for the open movie stream writes a frame for each cycle of the Dual Mode Paint preset. The end resulting paint animation can be seen here.