Editing a DualMode Paint Preset to use an Image Processing Effect 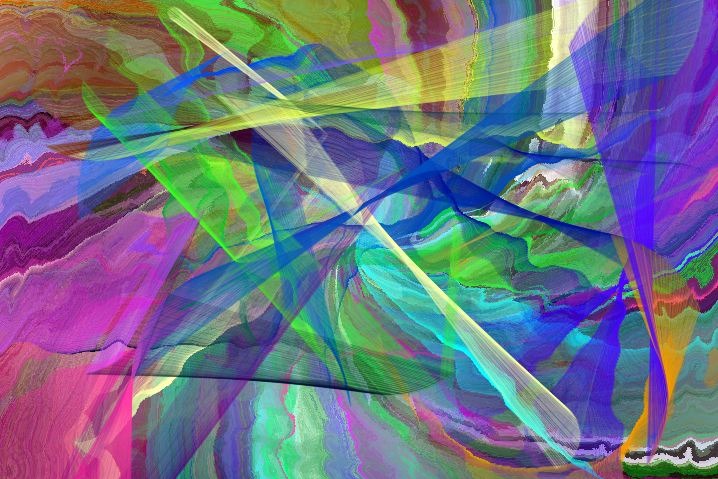 Editing a DualMode Paint preset to use an image operation effect for it’s Dual Op is very simple. All you have to do is go to the Editor control panel while in DualMode Paint operation mode, and change the Dual Op setting to use the Ip Op option as shown below. 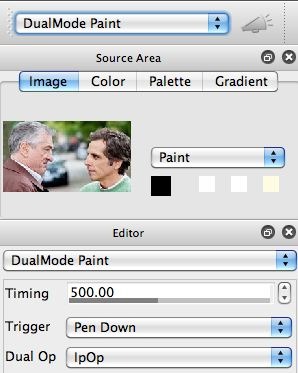 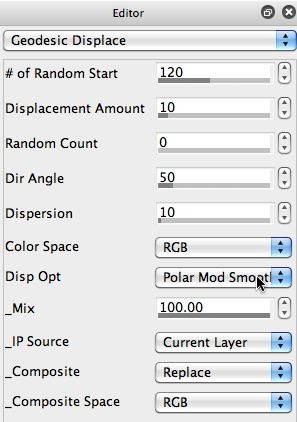 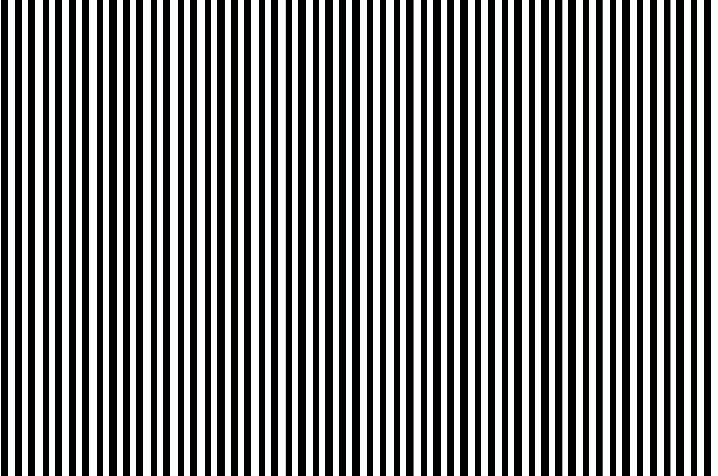 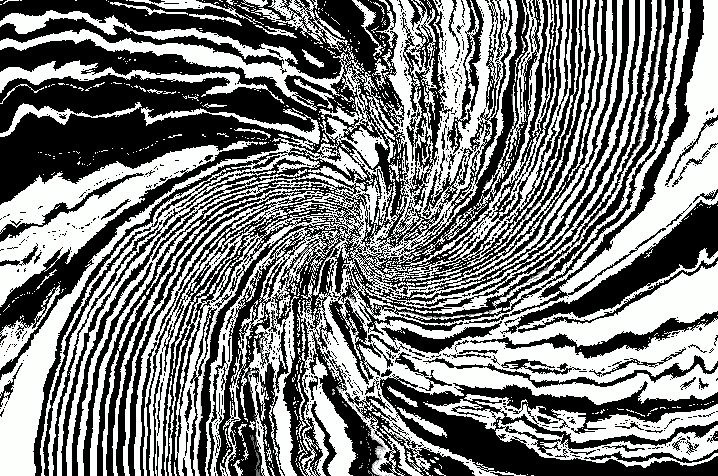 Whatever is the current image operation effect is what will now be used for the interleaved image processing that takes place mixed in with the live painting. One fun ip op effect I like to use in DualMode Paint presets is the Geodesic Displacement ip op (shown in the 2nd gallery image above). For this example, I set the Disp Op control to use the Polar Mod Smooth option. This option lets you build circular displacement effects (when the Dir Angle is near 90 or 270 degrees), or pull in or pull out effects (when the Dir Angle is near 0 or 180 degrees). The Disp Opt settings with Smooth in their names gives smoother displacement warps, while the other ones give a noisier more chaotic effect.

The 3rd and 4th gallery images above show a grid pattern test image, and what the grid looks like after 10 applications of the Geodesic Displacement effect with the parameters shown above. Note that the effect is generating a circular warp effect. this effect can generate effective animations all by itself. Here’s an animation example that starts with a static canvas image and then runs the Geodesic DIsplacement ip op effect in loop action mode into an open movie stream.