Clone Painting from a Hidden Layer into the Current Canvas Layer

The following above is a snapshot of a recent work in progress. While working on this piece, I ran into a common problem. I wanted to be able to clone paint some imagery from a hidden layer into the current active layer, using a pressure sensitive clone paint tool. This post will describe how you can quickly build a pressure sensitive paint tool that allows for layer cloning. 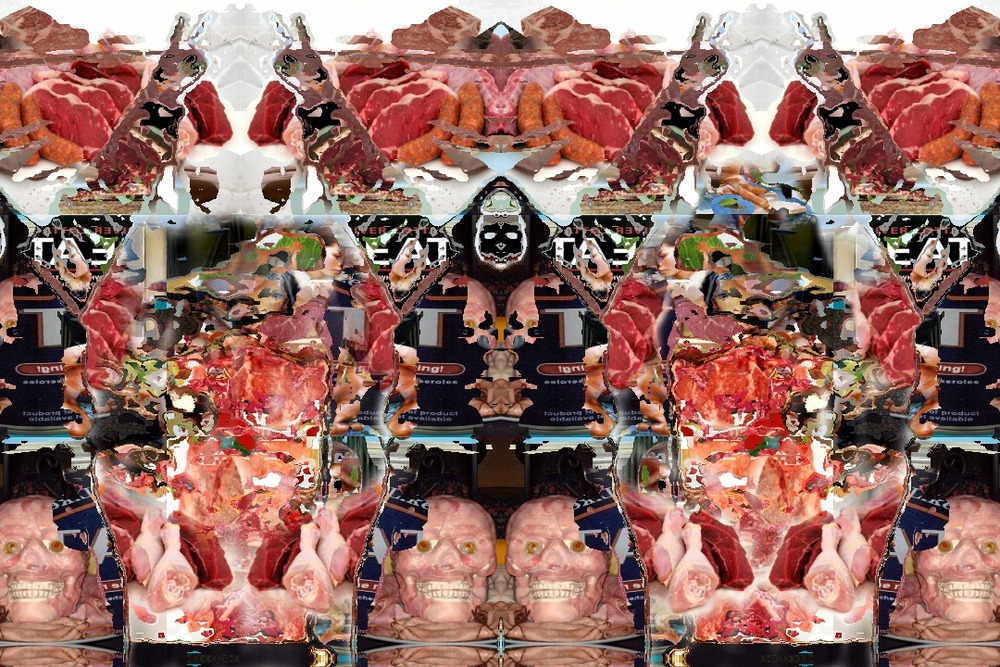 We’ve had a number of posts here recently that discussed various applications of movie pixel indexed background textures. I was using this feature while working on this piece. I had multiple canvas layers generated by auto-painting a single source image with a movie pixel indexed background texture based on a meat movie brush (the movie file is composed of images of meat).

I was working with my canvas view set to view the current layer only. However, I wanted to manually clone paint in some of a hidden image layer into the current active layer. It’s easy to build a custom paint tool that does layer image cloning (as opposed to source image cloning). The rest of this post will focus on explaining how to build a custom layer clone paint tool.

I started by using the factory paint preset called Default : Utility : Clone Source-Soft (as shown below). 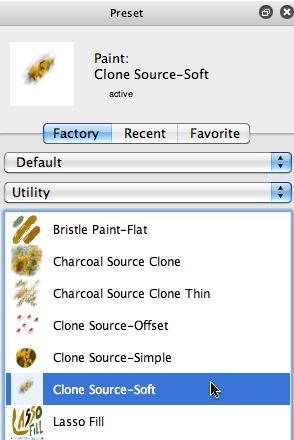 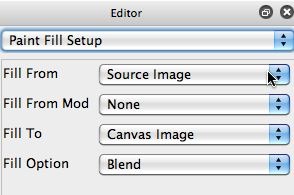 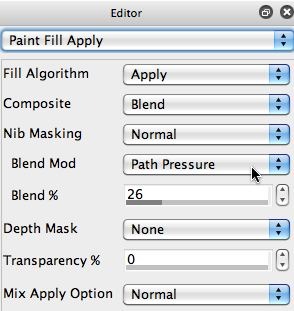 A look at the Paint Fill Setup control panel for this preset (2nd gallery image above) shows how this simple source cloning paint preset is programmed. the Fill From parameter is set to the Source Image. And the Fill To parameter is set to the Canvas Image. And the Fill Option is set to Blend. A simple computational Brush Source is use, so the paint preset draws paint nibs based on the source image that blend to the existing canvas at the edge of the brush nib.

The 3rd gallery image above shows the Paint Fill Apply control panel for the Clone Source-Soft paint preset. Note that the Blend Mod control is set to Path Pressure. So as the user presses a Wacom pen harder into the drawing tablet, more paint is applied (pen pressure modulated the paint blend, pressing harder increases the blend). Since the paint is derived from the source image, you end up cloning the source image with this simple paint preset.

However, for my particular task I needed to clone from a hidden layer (rather than from the current loaded source image). The trick to cloning from a different layer (or modulating a paint parameter from another layer) is to use the Bus1 parameter in the Miscellaneous control panel (as shown in the first gallery image below). 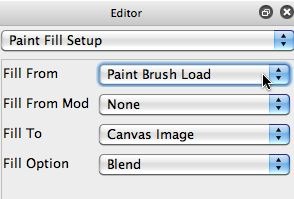 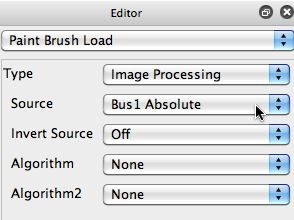 I then went back to the Paint Fill Setup control panel, and chanced the Fill From control from Source Image to Paint Brush Load (2nd gallery image above).

I then went to the Paint Brush Load control panel. I changed the Type control to Image Processing. And I changed the Source control to Bus1 Absolute. Since I was interested in a straight clone tool, I made sure both Algorithm controls were set to None (3rd gallery image above).

At this point I now had a pressure sensitive paint tool that clones imagery from layer 1 to my current layer (layer 2 in my particular project).