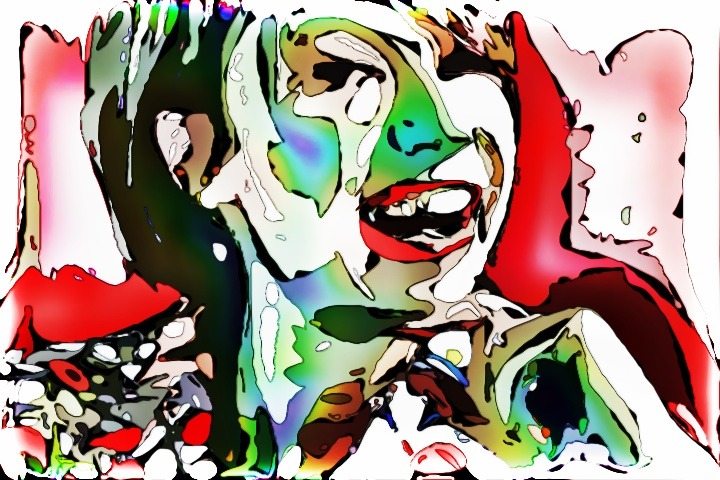 Both examples below will be detailed by image galleries that show the various steps in order used to convert flat color regions to soft gradient fill regions. The first example will use the Blur image operation effect, and the second example will use the Morpholizer image operation effect. Both examples will follow the initial image processing step that introduces soft gradients into the flat color fills with a Bias/Gain interactive adjust and the image compressor ip op to boost contrast in the final effected image. 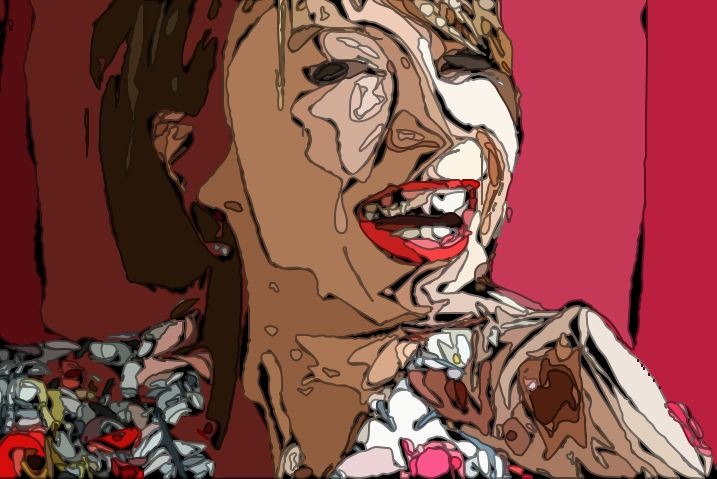 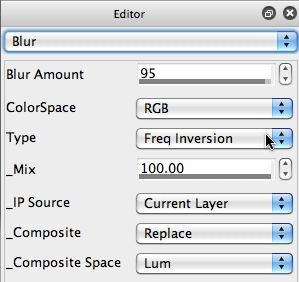 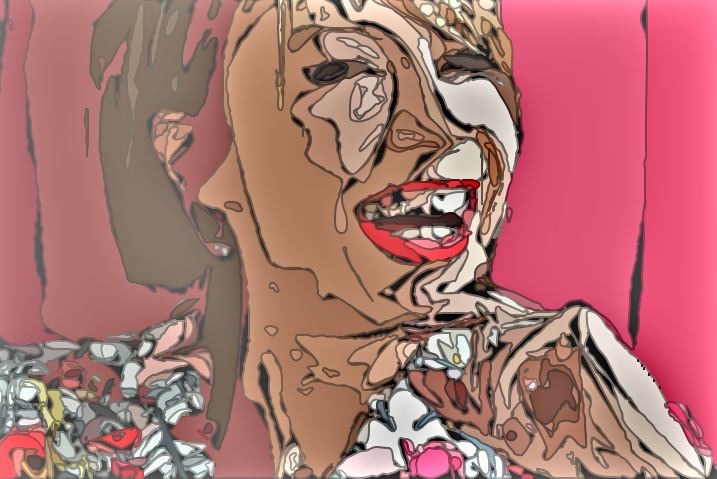 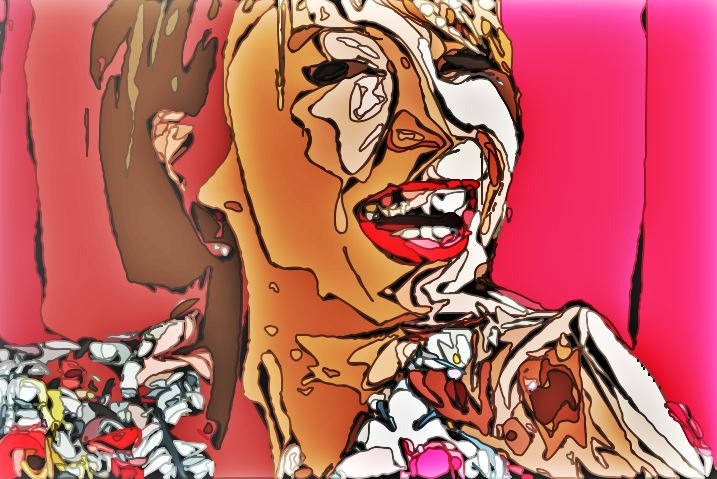 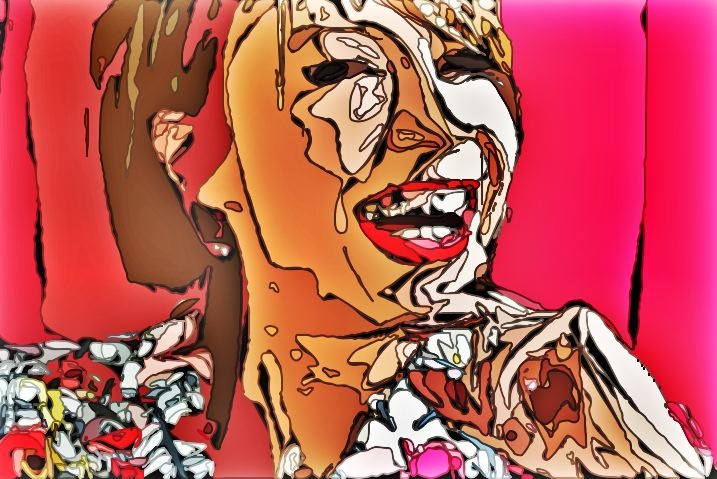 The image gallery above starts with the original flat color region vectorizer output. The Blur ip op configured to generate a Frequency Inversion effects was then used to process the initial flat color region canvas. Note that the frequency inversion processing modifies the flat color regions so they now have soft gradients associated with them. However, this processing reduces the image contrast. The Bias/Gain interactive adjust operation can be used to apply a nonlinear tone curve contrast boost to the image. The image compressor ip op is then used to apply a second adaptive contrast boost.

The trick to converting flat color regions into soft gradient regions is to apply a low frequency shelf filter to the image. A normal blur filter reduces the high frequency information (edges) in the image. Frequency inversion flips the frequency response of the blur filter, so it now removes some of the lowest spatial frequencies. Note that we are also using Luminance compositing as opposed to RGB compositing, which helps preserve more of the original coloring. 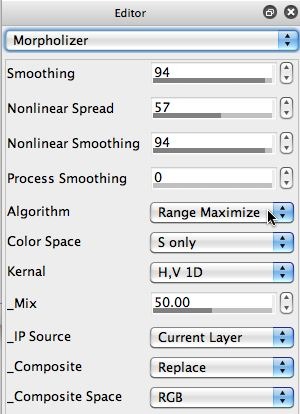 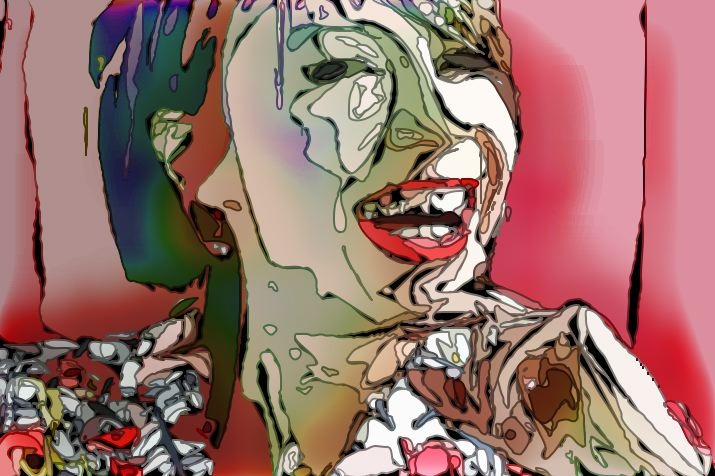 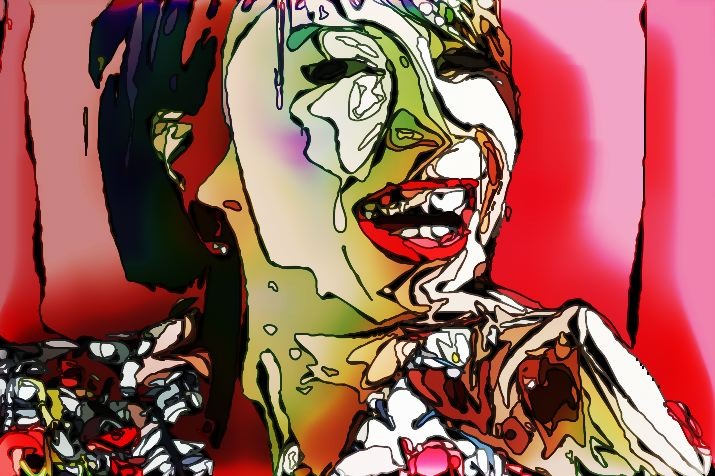 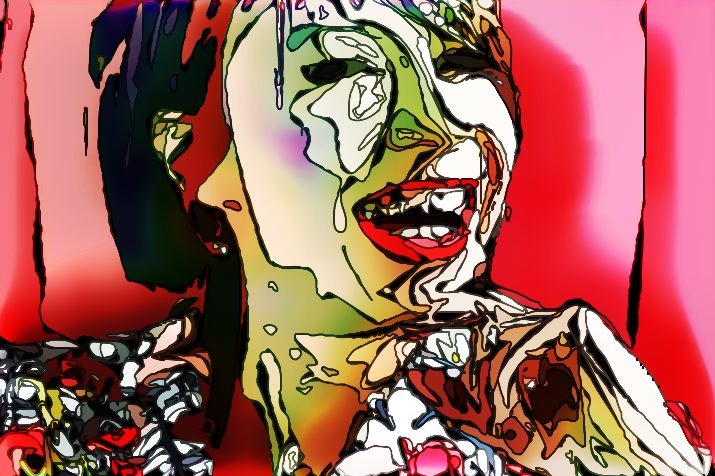 The second image gallery above again starts with the original flat color region vectorizer output. The Morpholizer ip op is used to process the flat color region canvas. The Range Maximize Algorithm was used to generate the particular effect we are looking for. This algorithm and the smoothing and spread settings remove some of the low spatial frequencies from the image, again converting flat color region fills into smooth gradient fills. Again, this processing reduces the overall image contrast. The Bias/Gain interactive adjust and the image compressor ip op were then used to boost image contrast in the final output image.

You can play around with the Color Space setting to modify the coloring behavior of the effect. The particular settings we used for this example range maximize the saturation of the input image.

There are other image processing effects you could also use to create this kind of flat color region post processing. The Equalizer ip op would be one. The image compressor ip op at extreme adaptation settings would be another. If your post processing introduces any noise or stair-stepping artifacts into the smooth gradient fills, you can use the Smooth ip op to eliminate them. 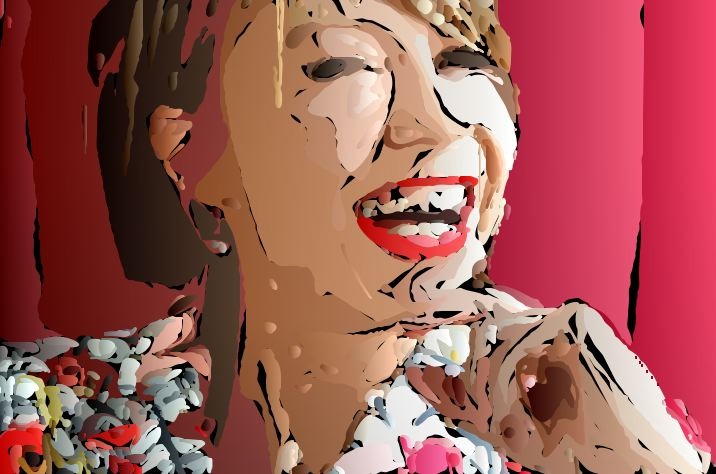 As mentioned above, Studio Artist includes some vector fill options directly into the vectorizer. So if you turn these on (as shown above), the vectorizer will directly fill each vector region with a linear or radial coloring gradient.

We’ll explore some of these other approaches that use the paint synthesizer to fill in vectorizer regions in future posts. There are some Studio Artist news posts that discuss paint synth regionization in more detail.