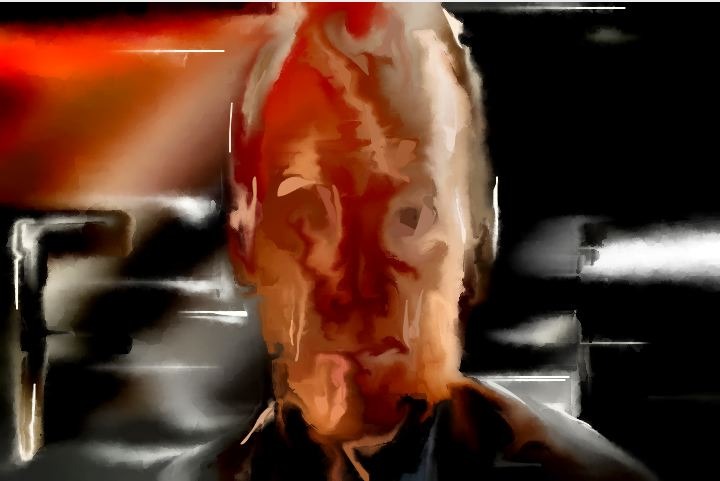 In today’s post we’re going to extend the effect we created yesterday. I was interested in adding some additional image processing effects to the overall processing loop to generate additional visual complexity into the resulting paint animation. I wanted the paint trails from the moving paint synthesizer time particles to dissipate over time in addition to just fading to black.

The approach I took was to rebuild the DualMode paint effect from yesterday’s post as a PASeq. Doing so allows me to add additional image processing action steps into the over all processing loop. The PASeq is then run in loop action or by using the Animate command button at the top of the PASeq Editor (both approaches are essentially the same). The PAseq I used for my enhanced paint animation effect is shown below. 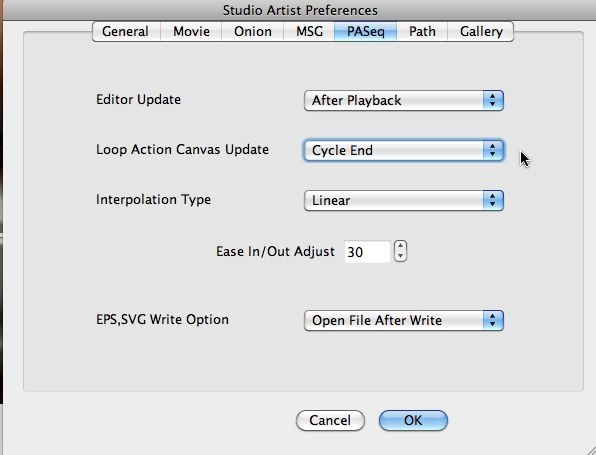 I started by erasing the canvas to black, and then adding a mute keyframe at frame time 2. This insures that the erase to black action step only runs for the first frame of the animation.

I then recored the Fixed Color image operation we used in yesterday’s DualMode Paint example. The Mix setting of 3 does a slow fade to black as the animation progresses.

I then used the Smart Blur and Geodesic Recursive Growth image operation effects to generate the additional dissipative processing I wanted to add to the overall effect. I followed that by recording the paint preset we used in yesterday’s DualMode Paint example, which paints with 200 time particles.

I finished off the PASeq processing cycle by using the Image Compressor ip op to add a slight contrast boost to the overall effect. The cumulative effects of this contrast boost when used while running the PASeq in a loop leads to a more colorful paint smoke trail and a brighter overall paint animation.

When running a PASeq in loop action where the goal is to create live animation, it’s important to make sure that the PASeq Loop ActionCanvas Update preference is set to the Cycle End option (2nd gallery image above). This insures that the canvas is only updated when the PASeq completes a full processing loop.

The final paint animation is available for viewing here. If you compare it to yesterday’s example you will see that there is a lot more subtle visual complexity to it. The time particle paint trails dissipate like smoke in addition to just fade to black over time in the animation. I used the Action : Animate with Paint Action Sequence : to Movie menu command to generate the animation.

In conclusion, an alternative to working with DualMode Paint if you want to interleave more than one image processing effect into a painting loop is to build a PAseq and then run the PASeq using loop action or the Animate command. This approach allows for more flexibility in combining together multiple different kinds of image processing effects into a painting loop.

Keep in mind that DualMode Paint operation mode allows for interleaving an image processing effect into manual painting, or into paint presets that run for a long time, so the 2 approaches are not totally identical. DualMode Paint presets also allow for interactive manipulation of internal warp effects if they are using a warp Dual Op.