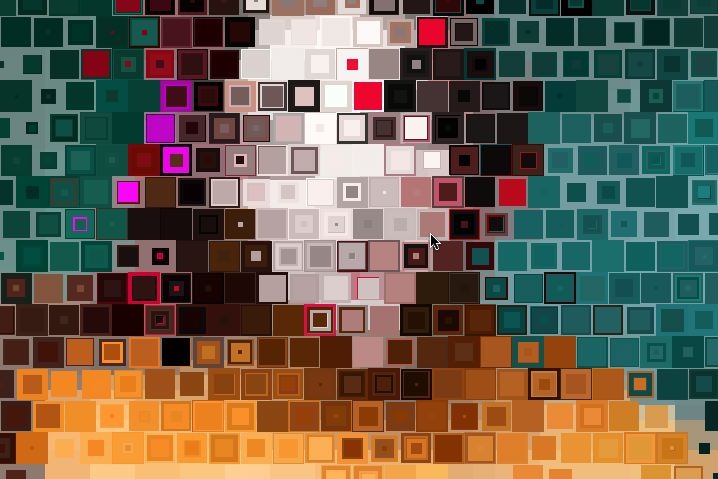 Today’s paint effect was created with the paint action sequence (PASeq) shown below. 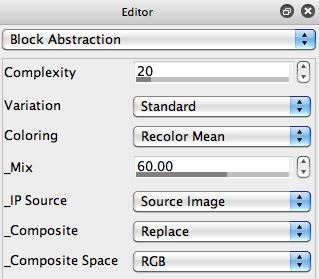 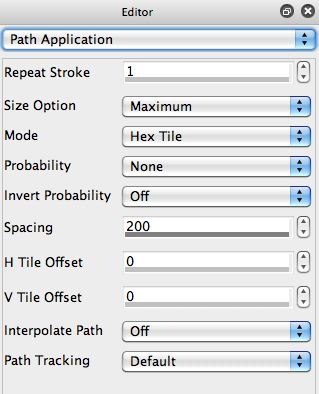 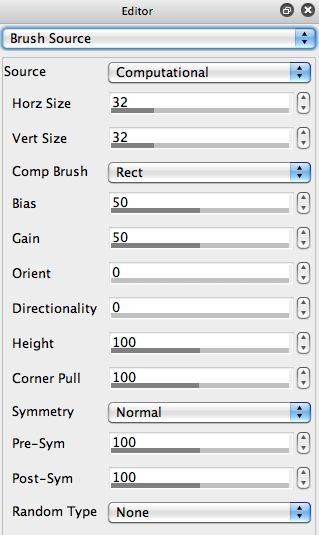 The PASeq starts off by erasing the canvas to white.  I then used the Block Abstraction image operation effect to process the source image and generate a simple adaptive colored block representation of the source image (2nd gallery image above). I wanted the block abstracted canvas backing to be lighter than the tiled colored square painting, so I set the Mix parameter to 50%.

I then modified yesterday’s tiling paint preset. I wanted to use a hexagonal rather than rectangular tiling grid. So I changed the Mode parameter in the Path Application control panel from Rect Tiling to Hex Tiling.

I also wanted to paint inset squares as opposed to circles. So I went to the Brush Source control panel and changed the Comp Brush parameter from Normal (which generates a sphere) to Rect. This changes the source brush from a sphere (which will generate a circular paint nib) to a square (which generates a square paint nib). I could generate rectangles by varying the aspect ratio of the Horz and Vert Size parameters.