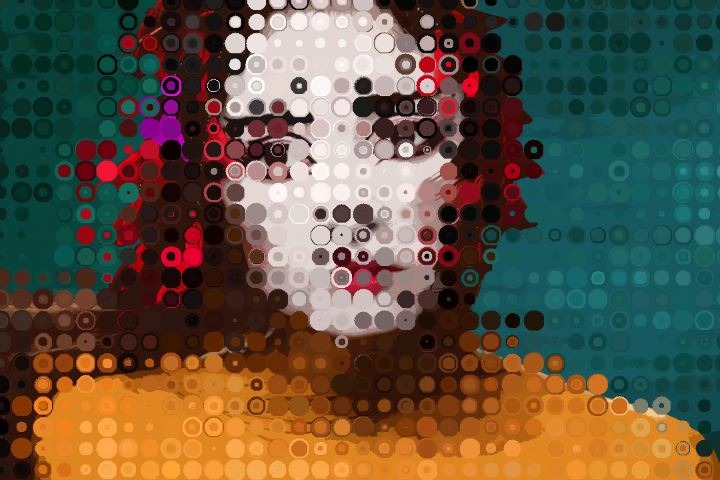 The effect shown above was created with the 2 step paint action sequence shown below. 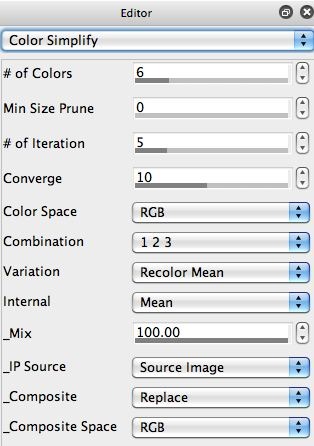 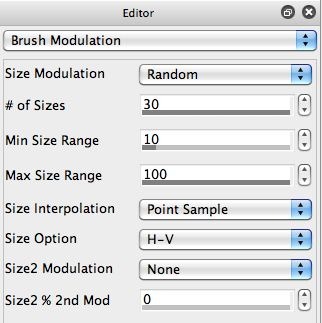 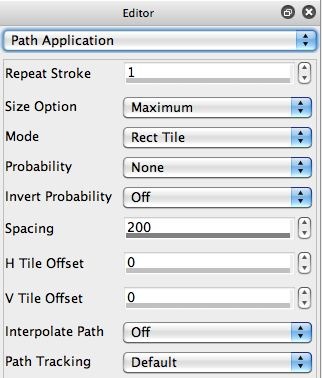 The first action step uses the Color Simplify image operation effect to process the source image and generate a simplified cartoon styling backing image (2nd gallery image above). Note that the IP Source parameter is set to the Source Image, so the source is processed by the effect rather than the current canvas layer.

The second AutoPaint action step is a simple paint preset that paints randomly sized hard edged paint nibs in a rectangular tiling pattern. The tiling pattern is based on the maximum brush size. And the brush size is randomly modulated (see the Brush Modulation control panel in the 3rd gallery image above). Note that the Size Modulation parameter is set to Random, and we set the # of Sizes to be 30. The brush size is randomly modulated between the Min and Max Size Range values (10-100%).

The tiling paint nib positioning is generated by the settings in the Path Application control panel (4th gallery image above). Note that the Mode parameter is set to the Rect Tile option. The Spacing is set to 200 %, which is necessary to position the tiling grid to avoid any overlap between adjacent paint nibs. The Size Option is set to Maximum, so the spacing of the tiling grid is based on the maximum brush size.

The paint action sequence (PASeq) preset used for this effect is 81111.paseq

If you want more contrast between the simplified backing and the tiled paint nibs, you could start off by erasing the canvas to white, and then set the Mix of the Color Simplify action step to 50%.