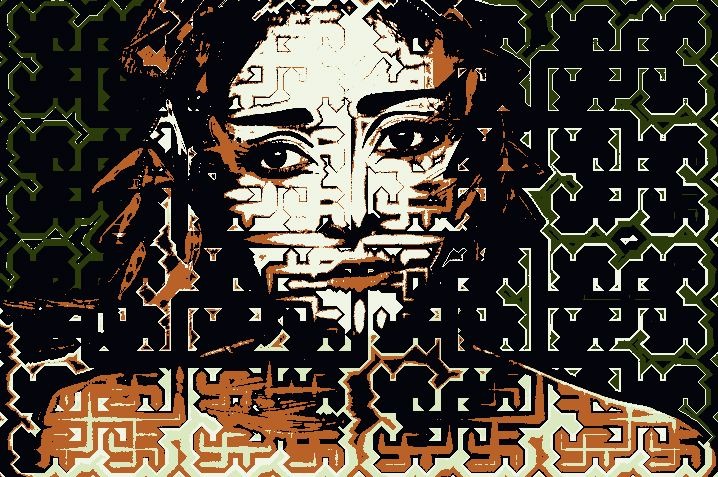 The image below shows the MSG Advanced Editor settings for the MSG preset that builds the effect shown at the top of the post. 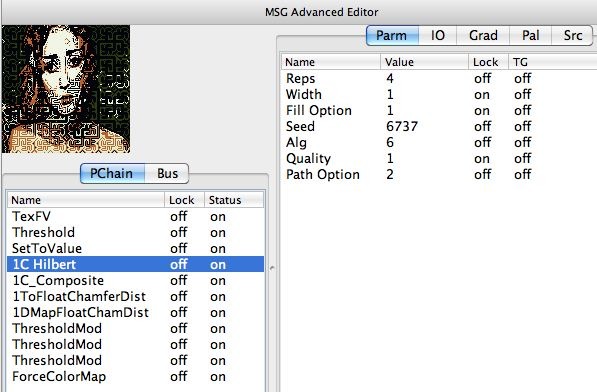 Note that a single 1C Hilbert processor is used to generate a space filling geometrical curve pattern. By adjusting the individual editable parameters associated with this processor you can change the appearance of the Hilbert space filling curve part of the effect.

However, this screening effect is also adaptive. The way this part works is based on the initial TexFV processor, which generates an edge map based on the source image. This edge map is then thresholded with the Threshold processor, and then composited together with the 1C_Composite processor to generate a white drawing composed of the space filling curve combined with source edge features (as shown in the first image in the gallery below).

Yesterday’s post discussed how to use Chamfer processors to build a grayscale distance map from a space filling curve, which was then used as a halftone screen. Today’s preset works in a similar way. The output from the first image below (source edge features and space filling curve pattern) is processed by the 1toFloatChamferDist and 1DMapFloatChamDist processors to generate the distance map shown in the 2nd gallery image below. This image is stored in a temporary image stream and is used as an adaptive halftone screen, and used to modulate the 3 ThresholdMod processors which halftone screen the 3 individual color channels of the source input to the preset (R,G,B channels). 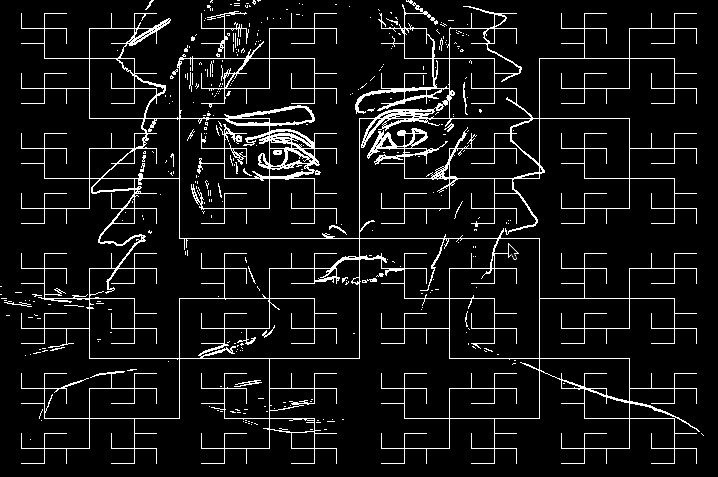 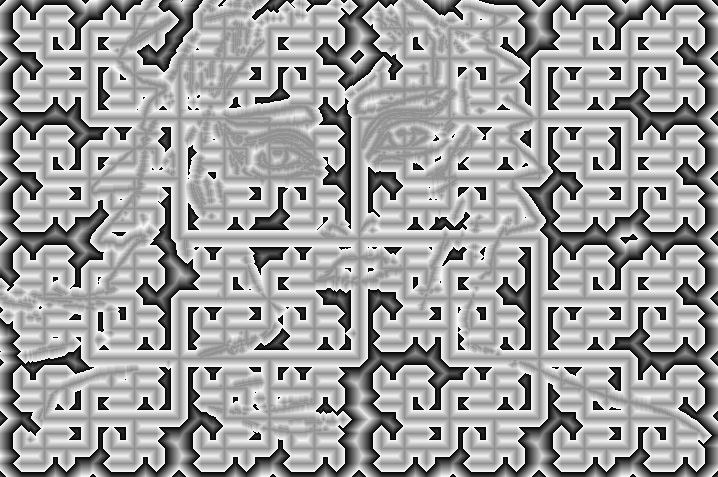 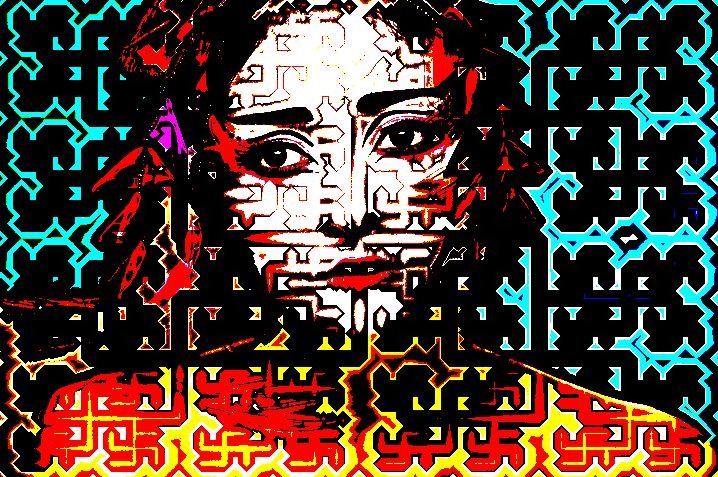 The 3rd gallery image above shows the color halftone generated after processing the 3 input color channels with the 3 ThresholdMod processors and the adaptive halftone screen (2nd gallery image above) used as a modulator. The last ForceColorMap processor in the MSG preset processing chain generates a color mapping that gives the final effect the brownish-greenish African mud cloth look seen in the final image effect shown at the top of this post.

We’ve provided a preset folder of different Space Filling Curve Halftone effects for your enjoyment, including the one examined in detail in this particular post (called HCH4). You can download this MSG preset category here HilbertCurveSrcProcess