Interactive warp operation mode lets you dynamically generate a wide variety of different warp effects in real time based on your mouse movement in the Studio Artist canvas. Although there are not currently warp presets, you can save individual warp operations in a PASeq if you want to save them for later use as pre-built warp effects. 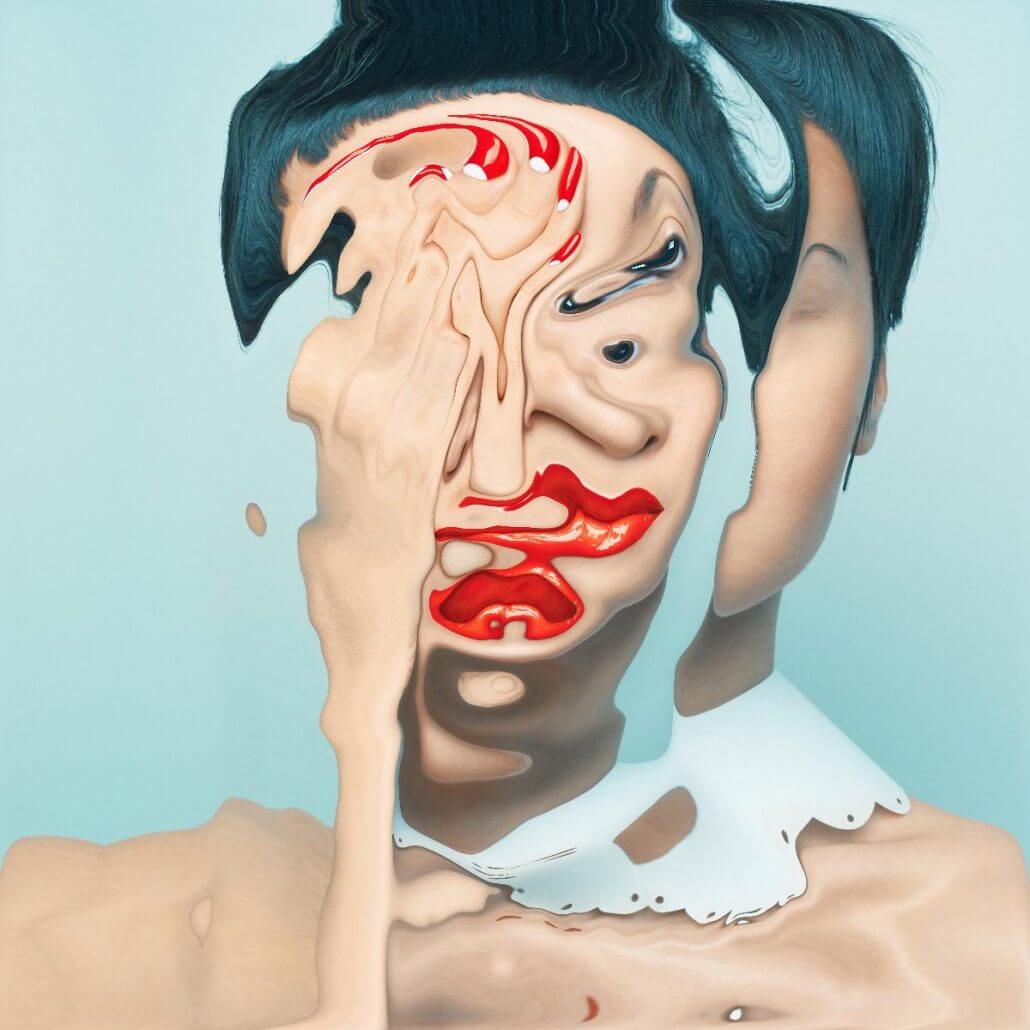 The effect shown at the top of the post was generated using 3 different warp action steps, as shown in the PASeq below. Two different warp effects are used. The first is a Self Modulate Rotate warp. The 2nd and 3rd action steps used two Translate warps to build a centered symmetry effect.  Here’s the PASeq preset 6-16-11.paseq 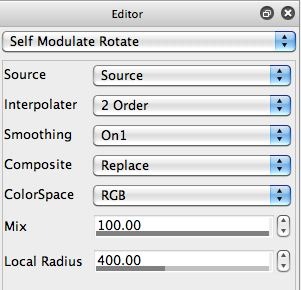 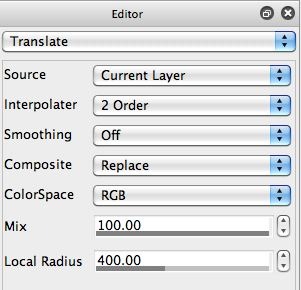 When you finish a manual warp, the settings associated with it are still available internally in Studio Artist. So if you run the Action : Run Loop Action menu command, the last warp effect you manually generated will run in loop action.

I had configured my Self Modulate Rotate warp to process the Source image (2nd gallery image above). And I configured my File : Source Settings menu flags so that the Live Video Loop Action Advance menu flag was turned on (3rd gallery image above). So when I started loop action live video captures from the built in iSight camera in my computer were processed with my last Self Modulate Rotate warp effect.

You can also wok with multiple warp action steps in a PASeq for live video processing in loop action. So the entire 3 step effect could be run as a single PASeq effect in loop action. If you do this, make sure that the Loop Action Canvas Update PASeq preference setting is set to Cycle End (as opposed to Action Step).

You also need to make sure you are in Paint Action Sequence operation mode before you start loop action, so that the PASeq effect will loop.

If you are running PASeq effects in loop action mode, you of course are not restricted to just multiple warp effects. You cold combine all kinds of different Studio Artist processing effects together for your loop action live video processing.