Yesterday’s post got into some details regarding the original Nov 8th post on simulating video feedback. The original post used an image compressor and MSG action step in a PASeq preset run in loop action to simulate the effects of analog video feedback. Yesterday we shows how you could build a single MSG preset that generated the same kind of processing implemented in the original PASeq preset.  Here are the two presets 6-15-.msg 6-15-A.msg

The MSG preset shown below is similar to what we built in yesterday’s post. Except that we have modified the Image Compressor processor to generate a less sever adaptive tone mapping, and we have turned off the GainMap processor. This will hopefully give you a better idea of how removing that part of yesterday’s processing steps changes the overall look of the new video feedback simulation. 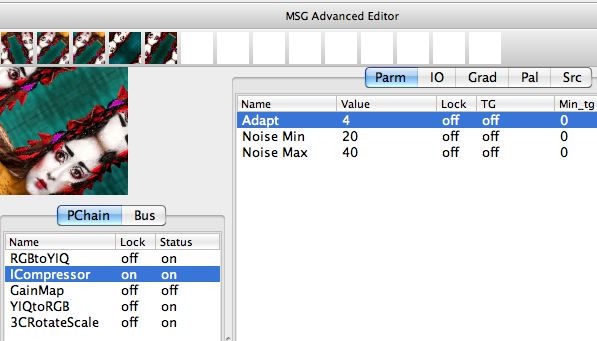 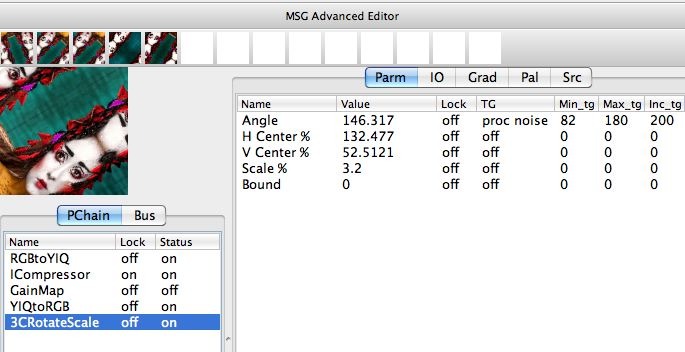 The textural image shown at the top of this post is a frame capture from an animation output generated by running this modified version of yesterday’s preset in loop action mode into an open movie stream. The complete animation is available here. 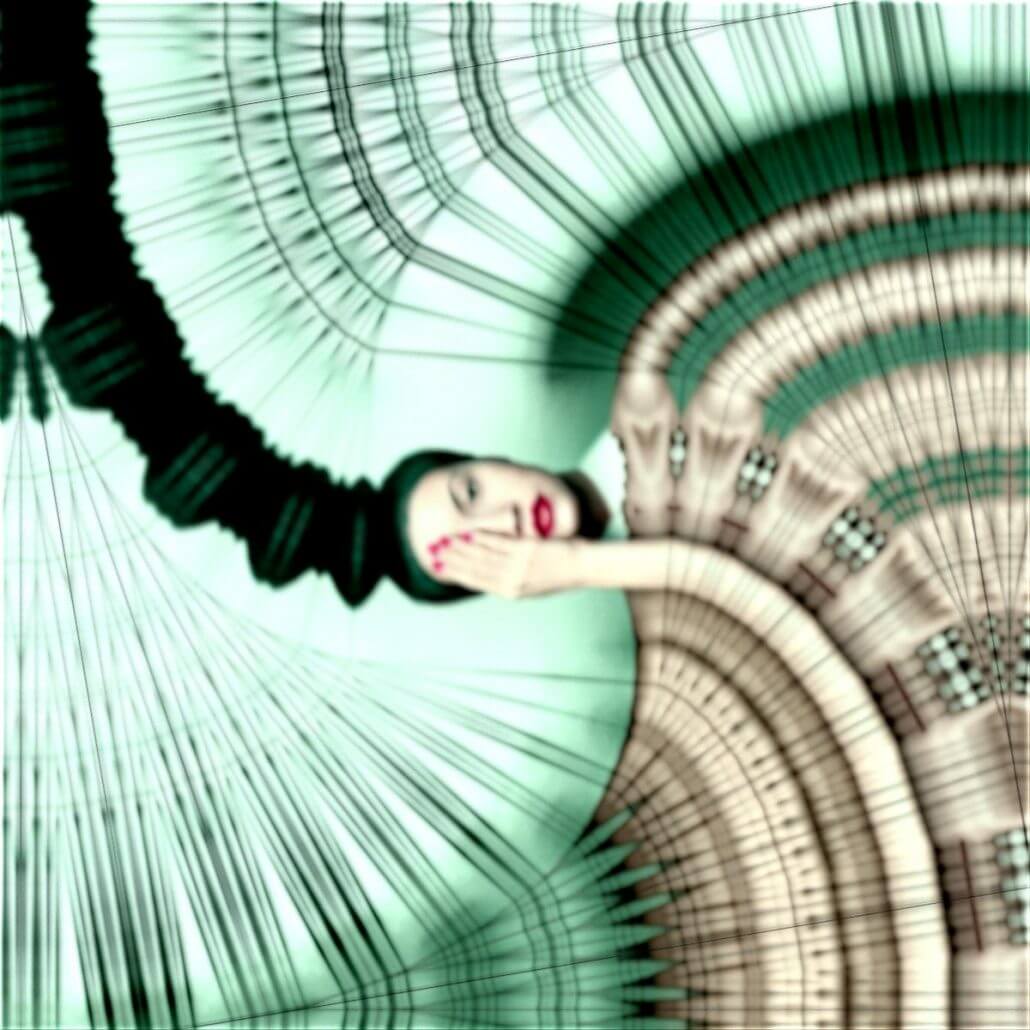 I also modified the 3CRotateScale processor parameters to generate a different kind of centered rotational warp effects, which dramatically changed the nature of the textural patterning generated by the preset when run in loop action.

The finished animation using this second version of the MSG video feedback preset is available here. A single frame from this second animation is shown in the 2nd gallery image above. Note that the appearance of this modified video feedback simulation algorithm is very different than the first example in today’s post, and in the examples in yesterday’s post.

Hopefully today’s post gives you a better feel for how modifying the different components of this MSG preset can dramatically change the look of the textural patterning generated when the preset is used with recursive processing of the canvas in loop action mode to simulate analog video feedback.