Modulating the Positioning of a Apollonian Gasket Effect 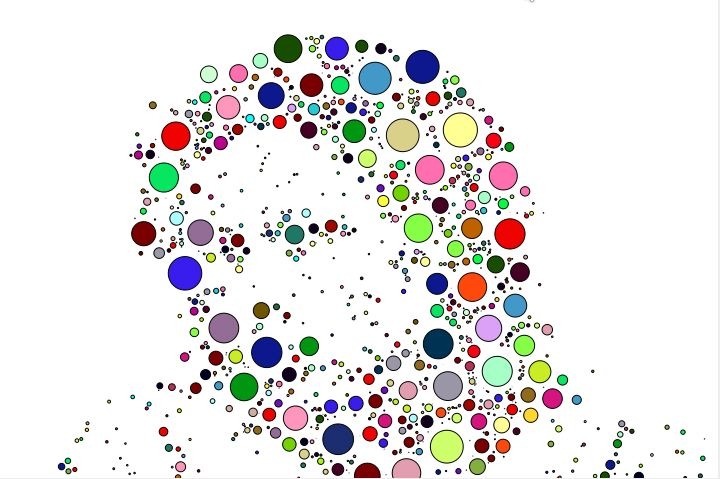 The image gallery below shows how today’s variation of yesterday’s abstract close-packing MSG preset was constructed. Note that we only are using a single 3C Abstract7 CP processor in today’s preset. The first gallery image shows the IO (input-output) routing used for today’s preset. 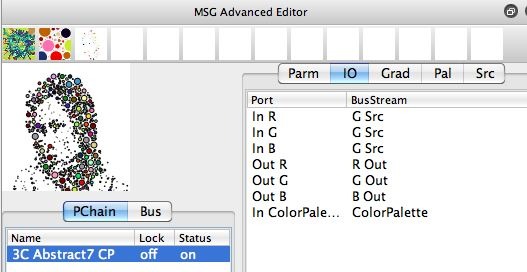 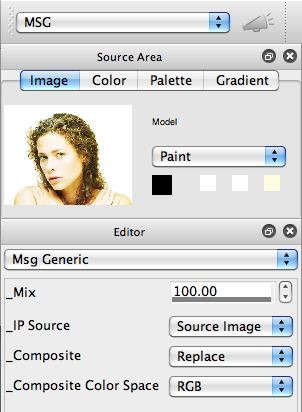 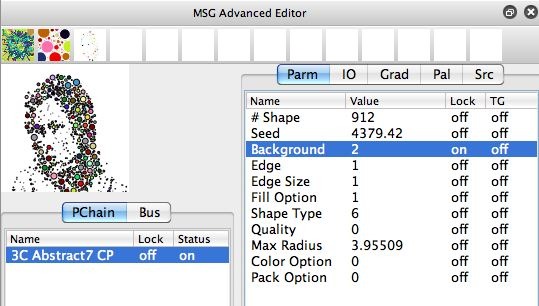 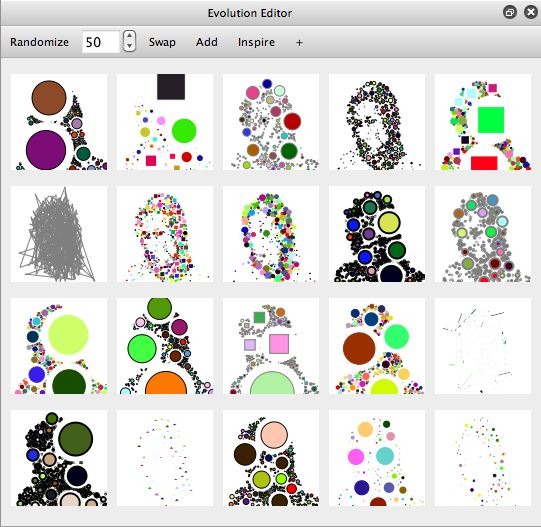 Note that the 3 color input ports are attached to the GSrc image stream (1st gallery image). This is very different from yesterday’s preset, which originally set the ROut image stream to a flat gray value and then used that image stream as the input to the effect.

The output IO routing is the same as yesterday’s preset. The 3 color output ports (Out R,Out G,Out B) are attached to the 3 output image streams for the MSG preset (ROut,GOut,BOut). And the same Color Palette stream I used as the In Color Palette port connection for the processor (so the colors used in the generated imagery are created based on the individual colors in that palette (along with the associated editable parameters that determine how the color palette is used to color the abstract shapes).

As you can see in the 3rd gallery image, the Background parameter for today’s preset is set to the value 2 instead of 0. Both of the Background parameter settings or 1 and 2 use the input channels to the 3C Abstract7 CP processor to determine a probability weighting for the positioning of the close packed circles (or other shapes) generated by the processor. The output color for the image background when the Background parameter is not set to 0 is generated as a fixed flat fixed color as opposed to the input values in this particular case (very different from the bahavior of yerterday;s preset which would have allowsed for stacking of multitple overlays on top of each other by repeated application of the 3C Abstract7 CP processor). 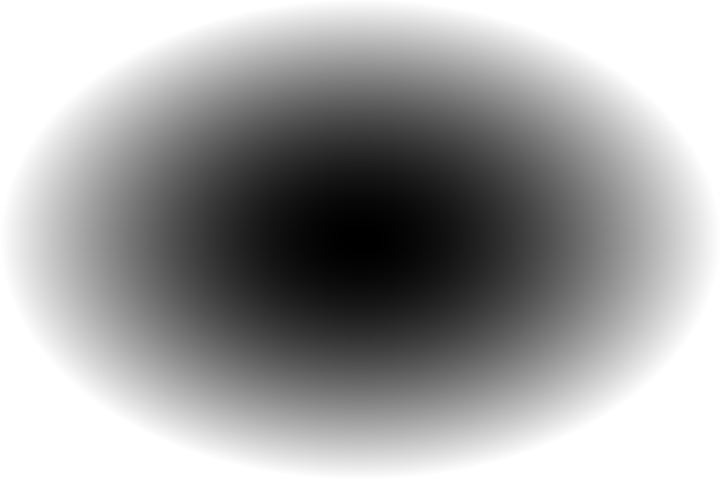 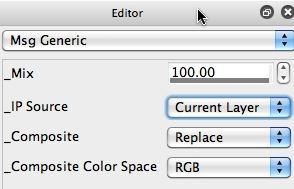 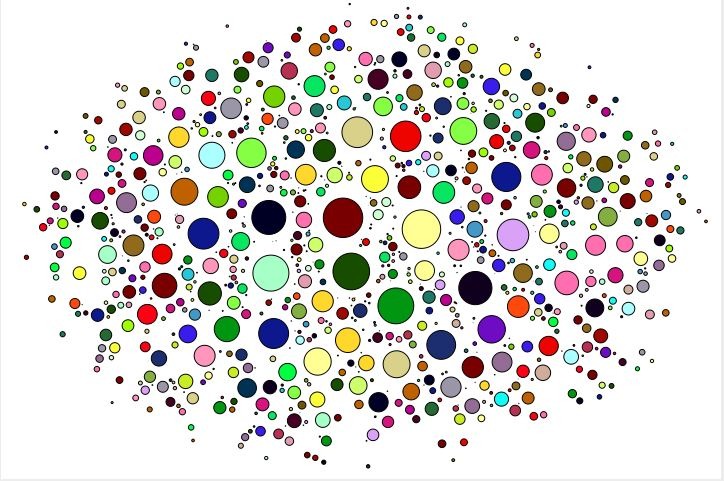 The image gallery above shows off a new variation of building a spatially modulated close packing effect using the MSG preset we built above. I started with the Sphere Multiplier image operation settings as shown in the 1st gallery image. When run, that effect setting generated the second image of a black sphere on a white background. I then edited the MSG generic Editor so that the IP Source for the effect used the Current Layer (in this case the current layer being the black sphere image).

The 4th gallery image shows off my new spatially modulated close packing effect. I designed the black sphere so that larger circles would be packed near the center of the canvas, and trail off at the edges of the canvas.

You could of course build the black sphere generation into the MSG preset itself, as opposed to using the Sphere Multiplier image operation effect. We’ll leave that exercise to the reader.