Temporal slitscan processing effects can generate all kinds of visually interesting size distortions to objects moving in the movie file processed by the slitscan effect. This post will explore one example of this based on processing a 90 degree video pan with the Temporal Scan Tracker effect. 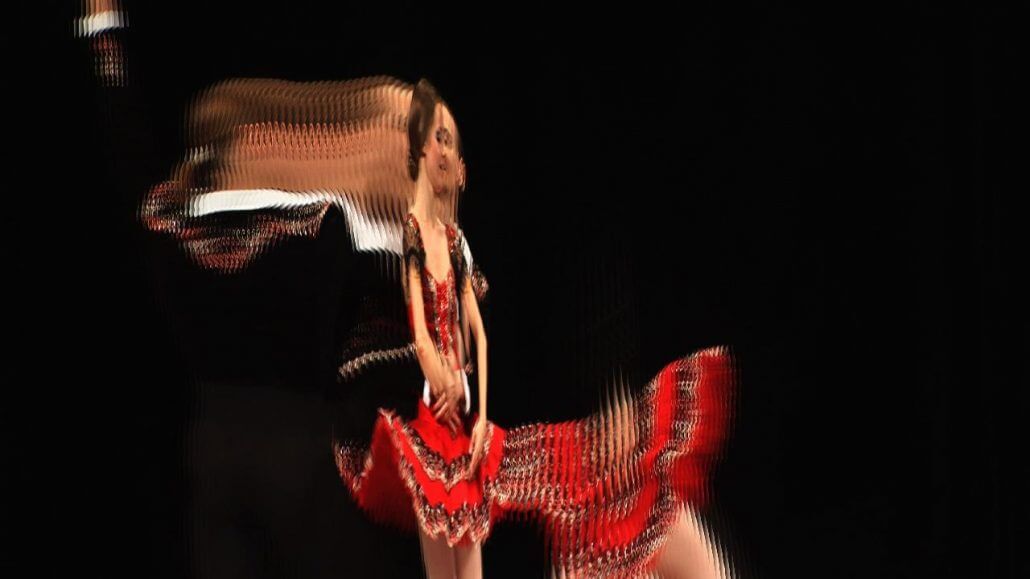 The slitscan effect shown above started with a 200 frame video pan taken while standing at a static location. The camera panned from right to left. For the effect output, I was only interested in processing the first 150 frames, which corresponded to a 90 degree pan from right to left. 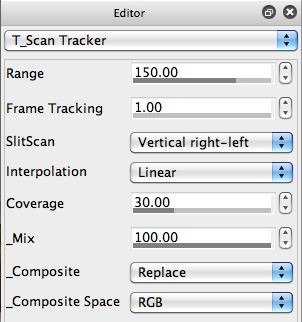 To generate the slitscan effect, I used the Temporal Scan Tracker, which is one of the temporal image processing effects in Studio Artist.  Since I was interested in a purest slitscan effect, I setup the Range paramter to process all 150 frames I wanted to use in the effect, with a Frame Tacking parameter set to 1.

I wanted the slitscan scan direction to track the motion of my video pan. So I set the SlitScan parameter to Vertical right-left. This setting uses a vertical slit aperture that scans from right to left across the canvas as the effect works it’s way through processing it’s multiple input frames.

Since the camera is panning, I can reduce the Coverage control to get higher resolution in my final slitscan output. This is because any individual input frame only covers a small portion of the overall spatial extent of the entire video pan area.

You can think of the size expansion as being a time expansion smear, while the size compression is like a time contraction smear.

Adjusting your slitscan effects in relationship to camera movement (or lack of movement) and object movement (or lack of movement) in a source movie file can lead to all kinds of different and visually interesting effects. The best way to get a sense for how to adjust this kind of temporal effect is to play around with different parameter settings for a given movie file.

Making the scan direction perpendicular to video camera movement leads to a completely different kind of effect, where the movement over time is displayed as horizontal trails. This kind of interrelationship between movement and scan direction typically works best for a static camera filming moving objects.