Movies of fish swimming underwater typically work really well as source video for temporal image processing effects. In this post we’ll explore the use of the Temporal Difference Matte effect, and also discuss how to auto-correct the white balance of images or video taken underwater. 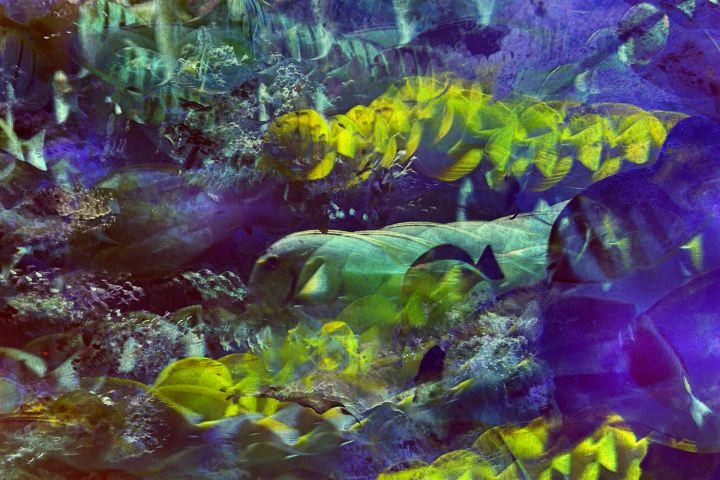 The paint action sequence (PASeq) below was used to generate the effected image shown above. 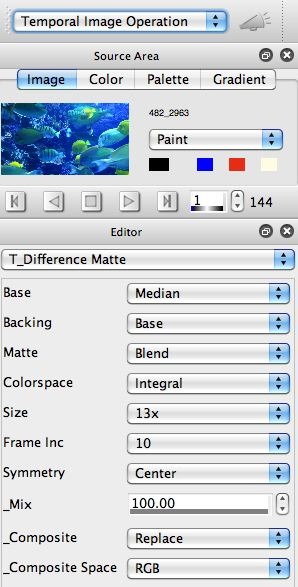 The first action step is based on the Temporal Difference Matte, which is one of the temporal image processing effects. It works by processing multiple frames of a source movie to create a single output image. The effect tries to analyze frame differences in a movie (computed as a difference from a variable standardized background), and then mattes the various difference images together to create an effect that can accent moving objects or details across the multiple frame movie input.

The 2nd gallery image above shows the Editor settings for the Temporal Difference Matte effect, as well as the Source Area. Note that a 144 frame source movie of fish swimming underwater is loaded as the the current source. The source movie transport shows that the loaded source movie is currently set to frame 1 of the 144 frame movie file.

Most temporal image processing effects have standard Size, Frame Inc (increment), and Symmetry parameters. These 3 parameters are used to specify the movie frame input time window for the temporal effect. Size sets the number of input frames that will be used to compute the effect. Frame Inc determines the spacing between adjacent input frames to the effect. Symmetry determines how the input time window is positioned relative to the current source movie frame position.

Video taken underwater typically has a blueish coloring to it associated with the effect of light passing through water. Sometimes you might like the artificial tinted coloring associated with this visual look, but other times you might want to remove it to get a better sense of the true coloring of the objects in the image. The blueish tinted coloring can also give an underwater image a somewhat washed out looking appearance.

Studio Artist has a special image processing effect called White Balance that can be used to auto-correct the white balance of an image or video frame. If you look at the PASeq we used to generate our effected image above, you can see that we used the White Balance ip op as the second action step in the PASeq. The White Balance ip op automatically adjusts the white balance of it’s input to try and remove any global color tint (in this case the blueish coloring tint offset associated with underwater photography).

The gallery below shows the White Balance control panel settings I used for the PASeq processing shown above. 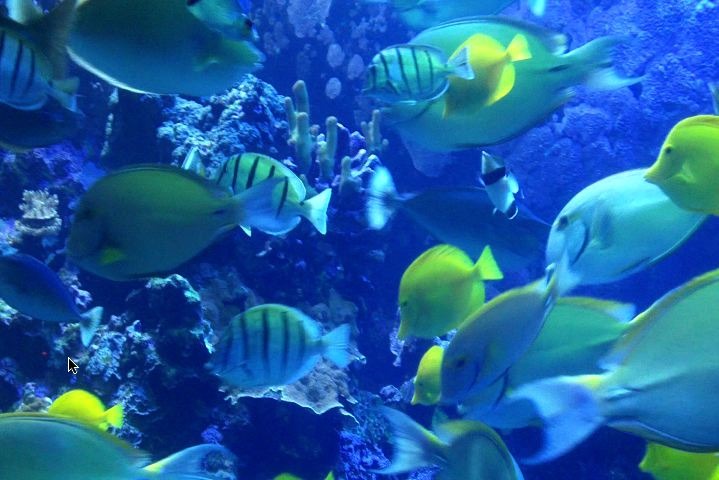 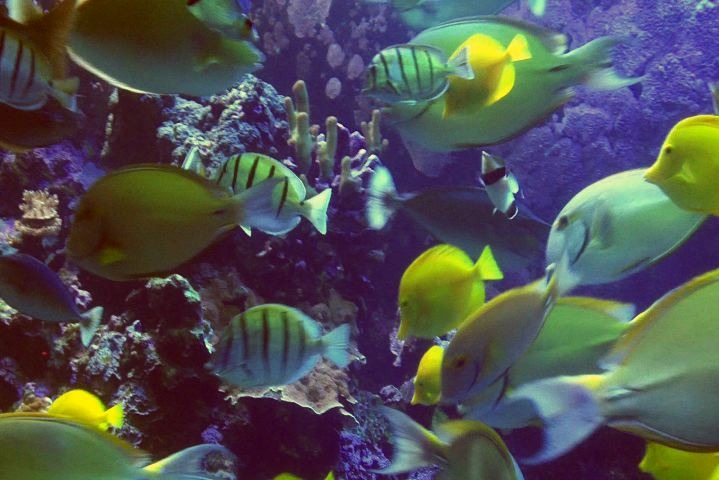 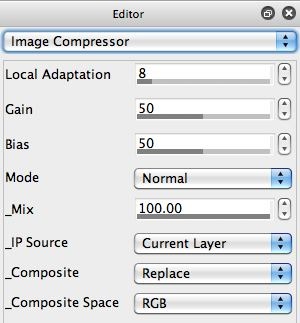