Timed Painting of a Bezier Path as an Animation Effect

The following image is the end frame of a simple paint animation that paints in 2 bezier paths that spell out ‘Happy Holidays’ over a specific number of frames. Someone recently asked me how to build this kind of animation effect, so I quickly threw this simple example together, which we will explore in more detail in this post. 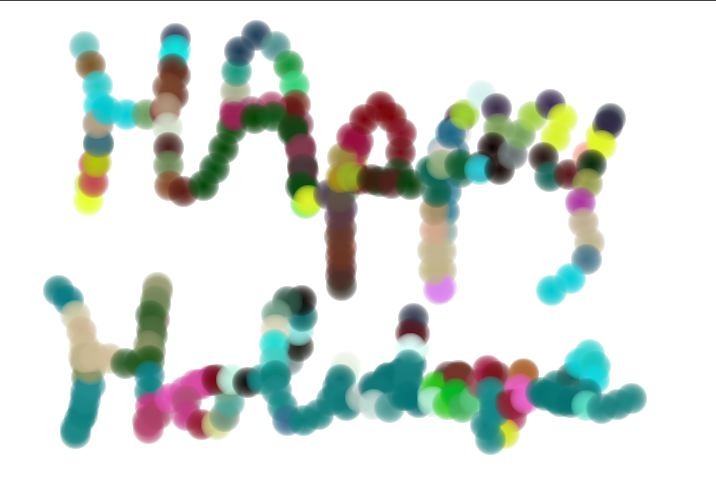 The first image in the gallery below show 2 bezier paths that spell out ‘happy holidays’. I generated the 2 individual bezier paths by hand drawing them in Bezier Draw operation mode. I used the FreeStyle Path option for the Bezier Draw DrawType (as shown in the second gallery image below). My freestyle hand drawing with a mouse was pretty sloppy, you will do better of course when you try this. 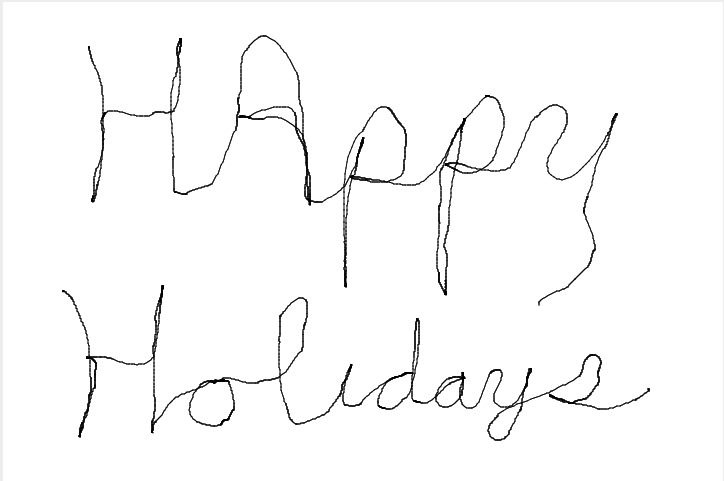 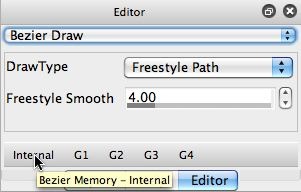 I wanted the 2 bezier paths to be painted in over a specific number of frames (150 frames for this particular example). The approach I decided to take to put this animation effect together was to use the Time Index Internal Path Memory option for the Path Start Generator (as shown in the first gallery image below).

Note that the Max Stroke setting is set to 2. This is because I have 2 different bezier paths recorded in the internal path memory. What the Time Index Internal Path Memory option for the Path Start Generator does is generate a series of path start points that cycle through the length of the bezier paths stored in the internal path memory. The cycle time will be the number of frames specified for a PASeq animation. The PASeq snapshot shown in the second gallery image above shows that the Animation is set to 150 frames (the editable numeric field to the right of the Animate button at the top of the PASeq palette).

I could have tried some other approaches to building an animation like this. If you open a movie stream and setup a specific AutoWrite time for the open movie stream, then anything you do in Studio Artist (automatically or interactively) will be auto-written out as frame captures to the open movie stream. So you could hand draw the cursive painting if you wished, and capture that painting in real time to a movie file.

I used the Time Index Internal Path Memory option of the Path Start Generator discussed above because the person who asked me how to create this kind of effect wanted the painting of the bezier path to take a specific number of frames, and this seemed like the easiest approach. If the timing of the bezier path painting was not so critical then I would have used the movie stream with an auto-write frame flag approach instead.

Here’s a tip on working with Bezier Path memories.