Working with Swap Evolution and a Fixed MSG Routing Configuration

All of the different abstract images in this post were generated by working with Swap evolution in the Evolution Editor starting from the MSG preset we built in yesterday’s post. So we’re working with a fixed IO (input-output) routing configuration for all of the different effects. And the number of processors in the MSG effect stays the same as well. The only thing that changes is that new processors with identical IO routing configurations are randomly swapped in to random processor positions during the course of the directed evolution session.This example shows how you can start with a pre-existing effect and create endless variations on it that look radically different with no real technical understanding of how MSG works internally. 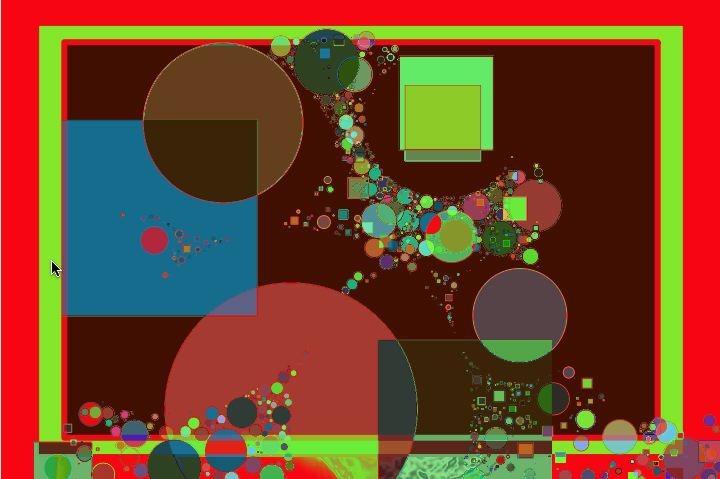 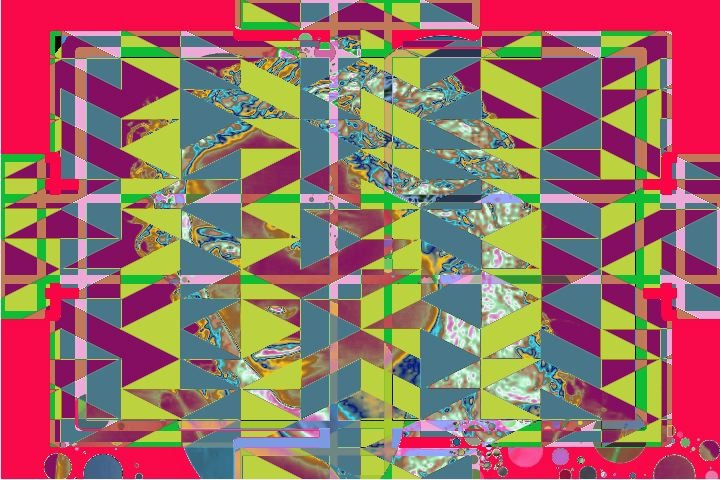 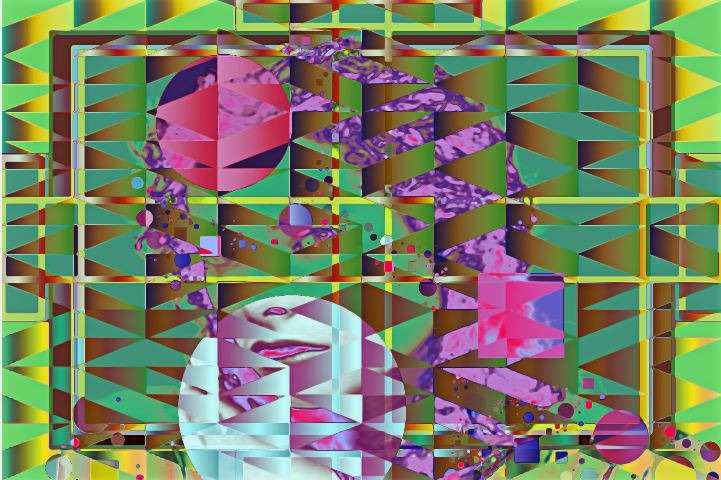 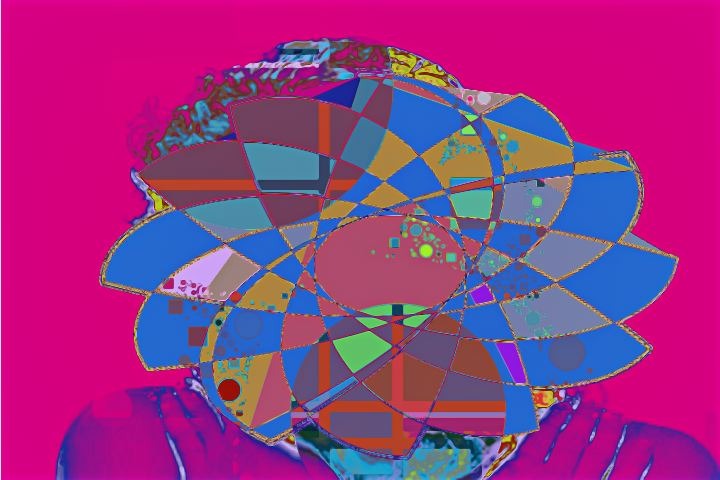 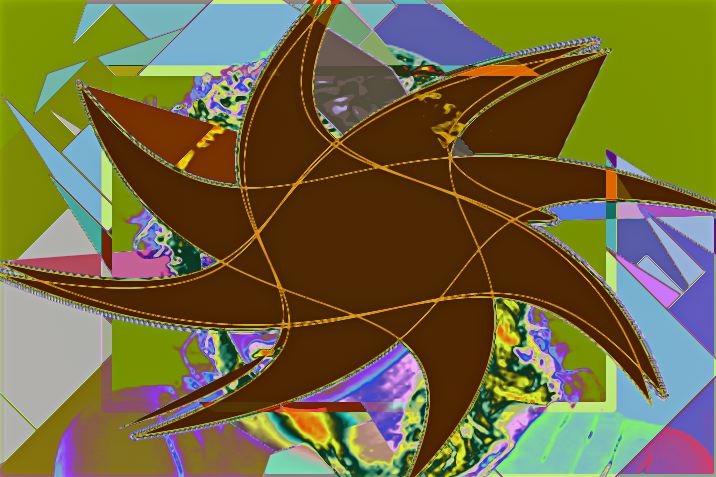 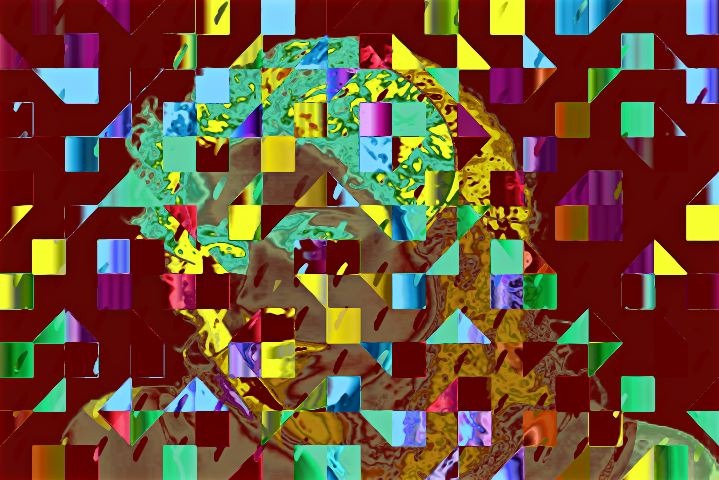 The image gallery below shows off the different MSG presets used to build the above images. Note that they all have the same number of processors in them. Because we were using Swap evolution to generate the new mutated presets in the Evolution Editor, specific presets may change during the course of the swap evolution but the IO (input-output) routing configurations and number of processors always stays the same. 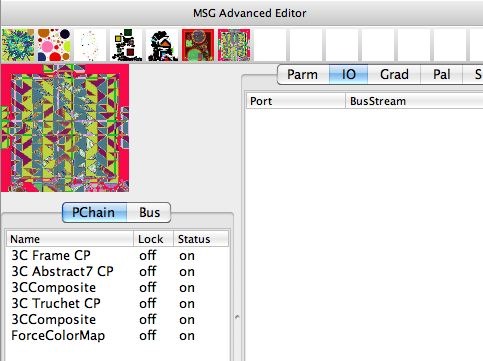 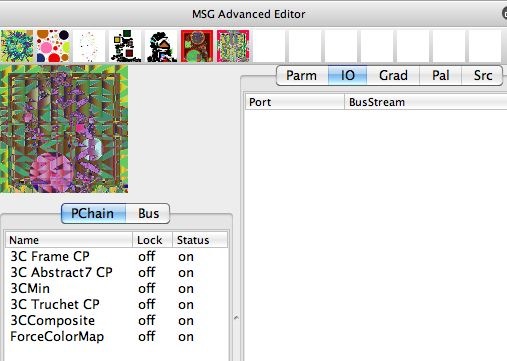 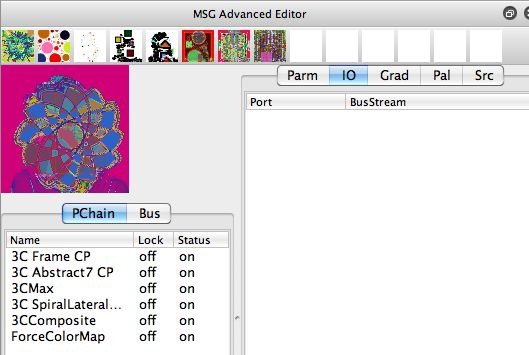 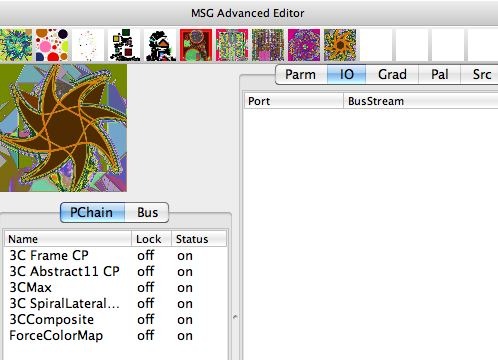 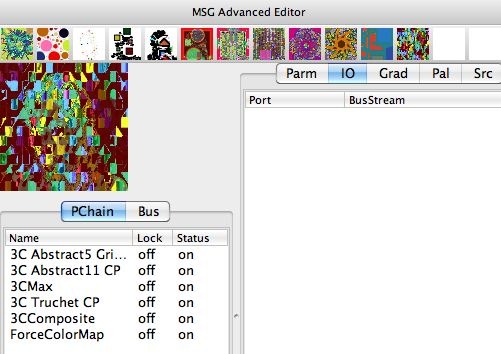 The next image gallery below shows off the specific IO (input-output) connections for each of the individual processors in the final swap evolved MSG preset. Note that they mirror the IO routing configuration hand built in yesterday’s post example. 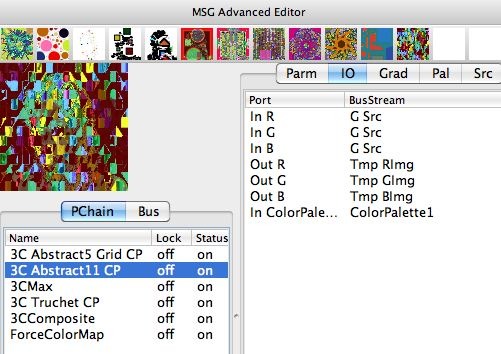 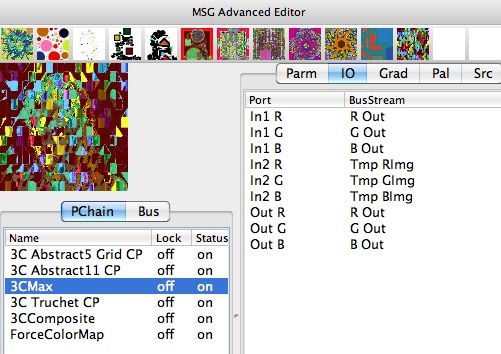 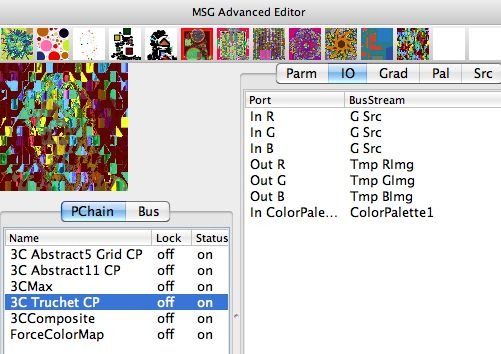 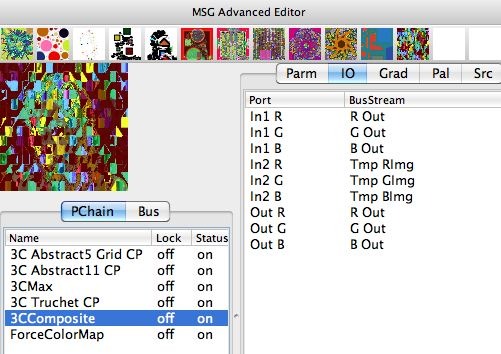 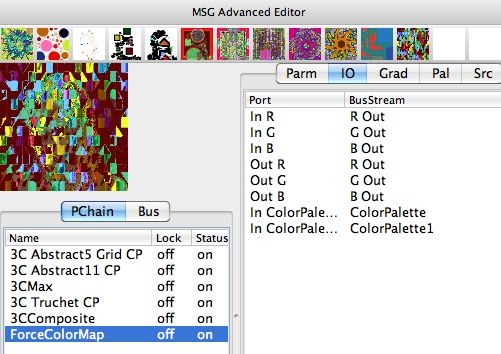 MSG offers an extreme amount of flexibility, essentially unlimited due to the modular nature of how MSG presets are constructed. Sometimes working with all of this flexibility can get overwhelming to novice users. The real point of this post is to show that even working with a specific fixed configuration of processors with a fixed IO routing configuration can still lead to a wide range of varying effects. So when you are getting started with MSG, it’s perfectly fine to start with an existing preset effect you like and then just work with Mutate or Swap evolution commands in the Evolution Editor to build new effects. As can be seen in today’s examples, even working within the constraints of a fixed preset configuration can still lead to a wide range of different and interesting effects.