There’s a vast range of different fun things you can do using the active command links in the Paint Synthesizer Evolution Help Page. We discussed this help page in yesterdays’s post along with it’s associated 4 paint Patch memories. Today we will show how to work with random paint patch evolution to create new paint preset effects as well as show off some techniques to jumpstart your creativity. 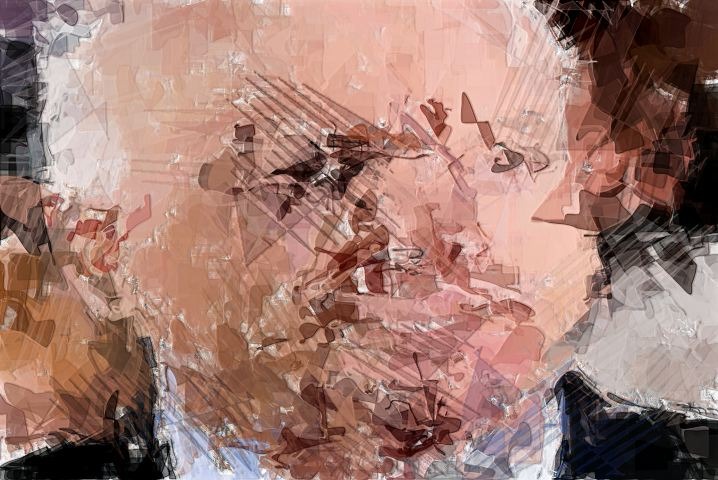 Random evolution is an approach you can use to build new paint presets, or just to create art imagery on the fly. The Paint Synthesizer Evolution Help Page gives you all kinds of tools to facilitate random patch or imagery evolution.

For example, the 1st gallery image below shows a command link being pressed that will load a random source image for you. Again, the point of a control like this is to facilitate free creative exploration. If you don’t like the particular random source image that appears when you press the command link, do it again until one comes up that seems like it might be fun to work with. 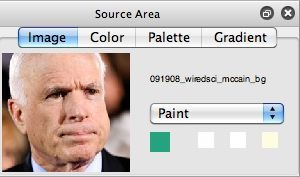 So where do the random images come from. They are selected from a folder of source images you define in the Gallery Show preferences dialog ( as shown in the 3rd gallery image above). My Gallery Show Source Folder preference points to a folder on my hard disk that contains thousands of random news images.  That’s my personal artistic approach, since I often like to work with topical news imagery to create paintings. However, you are free to build your own personal sets of photo imagery that suits your particular artistic tastes, which will probably be very different than mine. You also might want to work with different gallery show source image folders at different times ( based on your mood or what kind of project and associated visual results you are trying to achieve), as opposed to always leaving it set to some specific folder of images.

The 1st gallery image below shows off another fun command being pressed, which is called random load all patch memories. 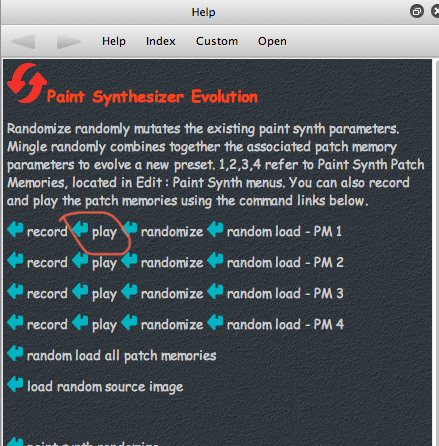 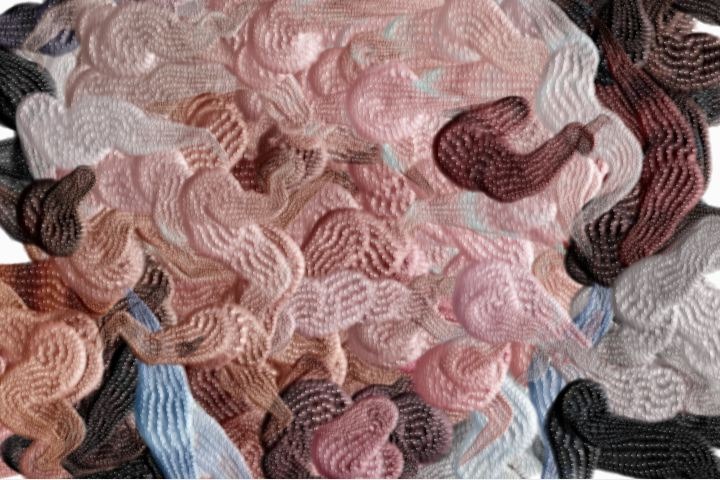 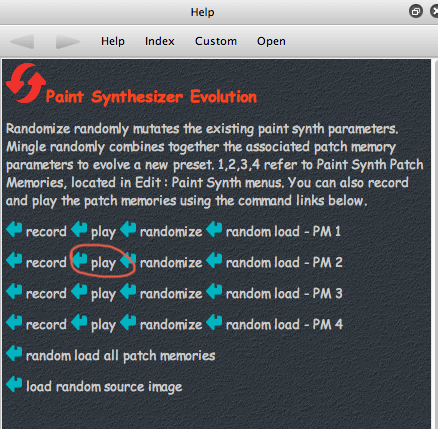 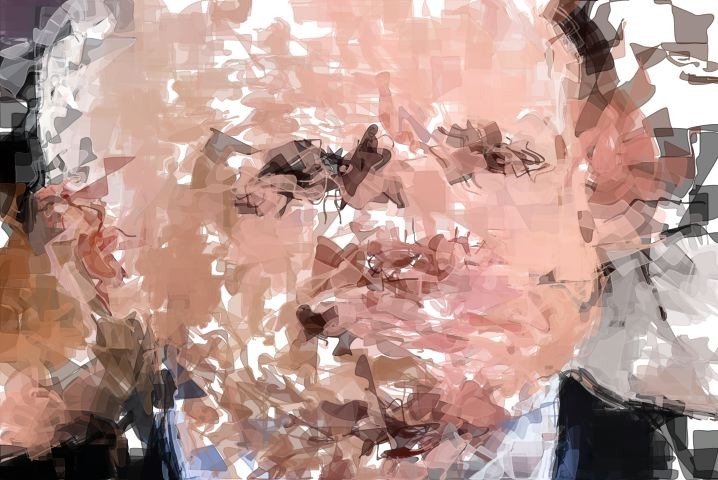 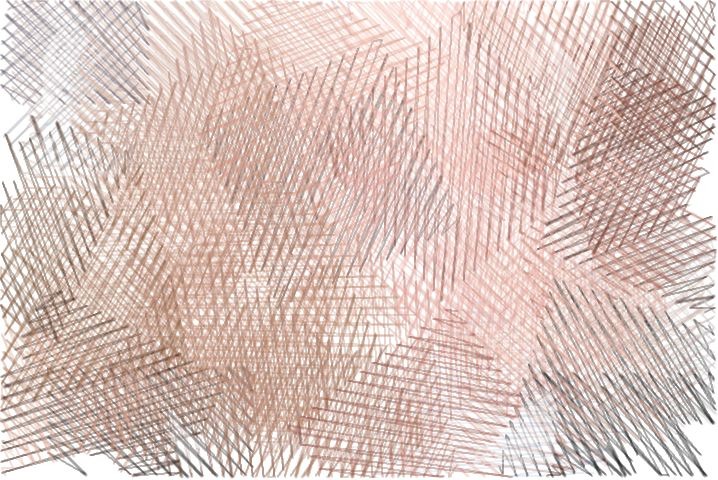 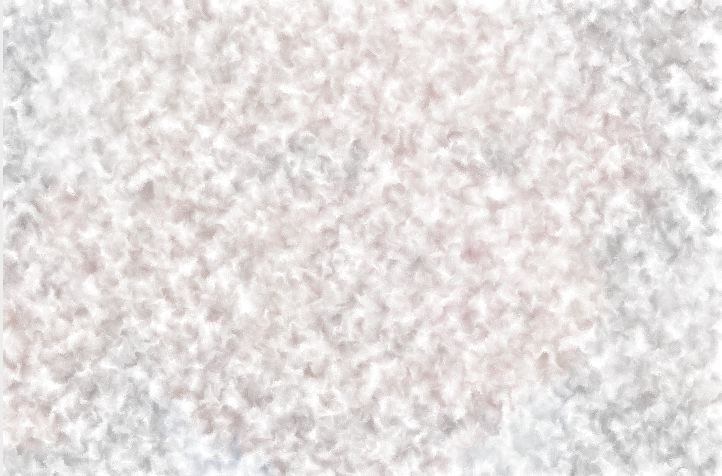 What this command does is scan all of the factory paint presets and randomly select 4 of them and load them into the 4 paint Patch memories. Again, the point of this is to facilitate creative exploration. Who knows what 4 paint presets out of the thousands of available ones will be loaded, and how they might inspire you to try some new artistic approach (or not). If you hate what comes up, you can always load new ones. Note that each of the 4 Patch memories contains specific commands to randomize and random load in addition to the Record and Play commands discussed in yesterday’s post.

The 4th gallery image above shows the Play command for Path Memory 2 being pressed. This loads the contents of Patch Memory 2 into the paint synthesizer, and the result when the Action button is pressed is shown in the 5rd gallery image.

The 6th and 7th gallery images above show the action paint results for the 3rd and 4th Patch Memories respectively.

The image at the top of the post shows a visual effect I was able to generate by pressing the action button and then repeatably pressing the different Play buttons associated with the 4 Patch Memories in different orders. There’s a big element of chance in this kind of approach to working. You can very quickly build up new and interesting visual imagery. You can also quickly generate some not so good images, but the whole point is to move quickly trying out different ideas.

As we mentioned in yesterday’s post, there are a number of Mingle and Morph commands in the Paint Synthesizer Evolution help page that can be used to evolve new paint synthesizer presets based on the contents of the 4 Patch Memories.

Or, you can throw caution to the wind like we’re doing in this post and just work with random sets of paint presets that were randomly loaded in the the Patch memories. 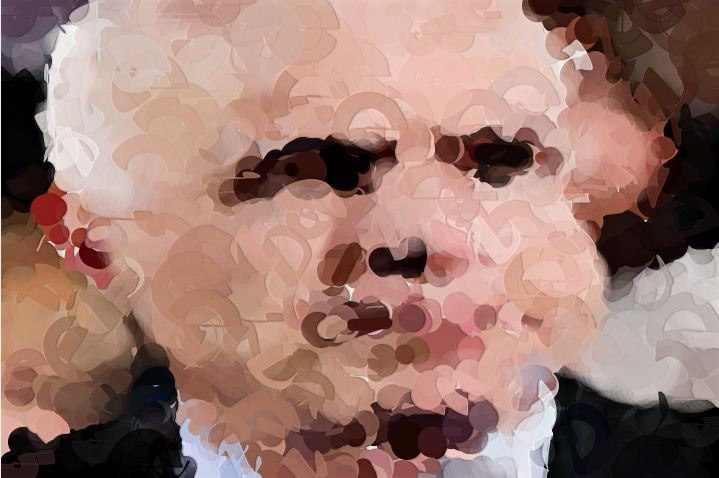 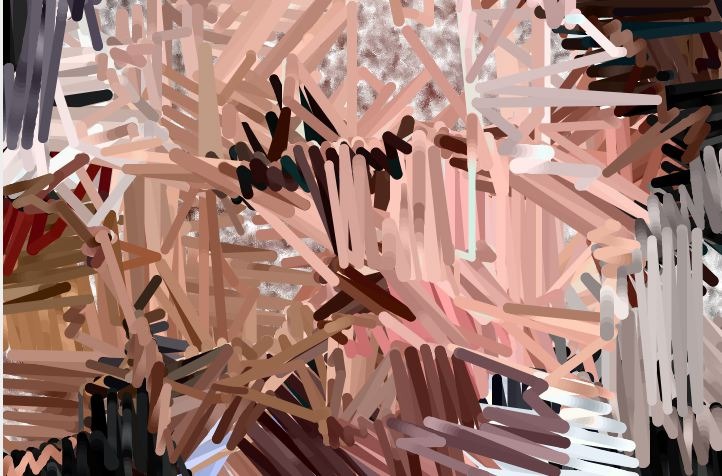 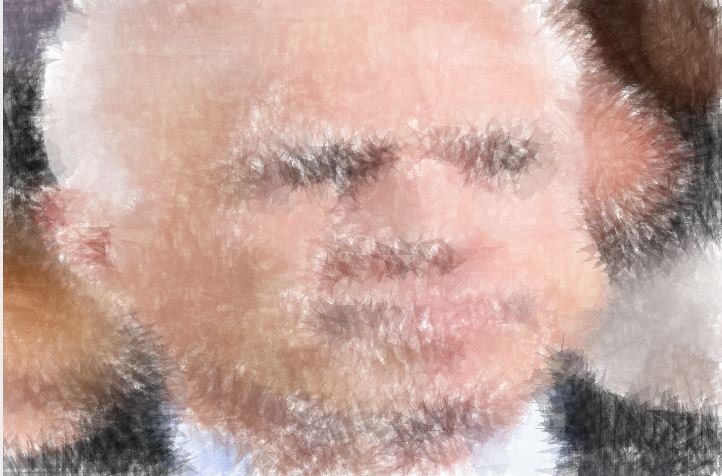 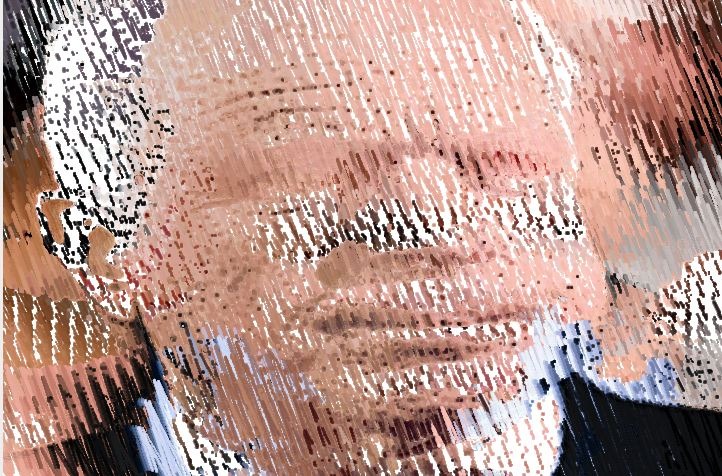 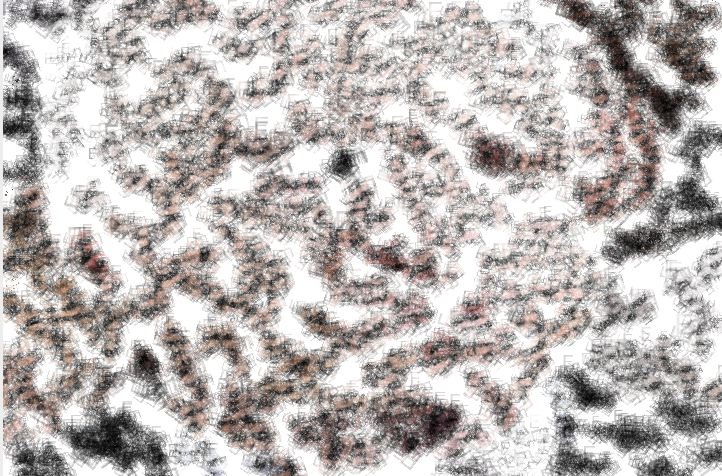 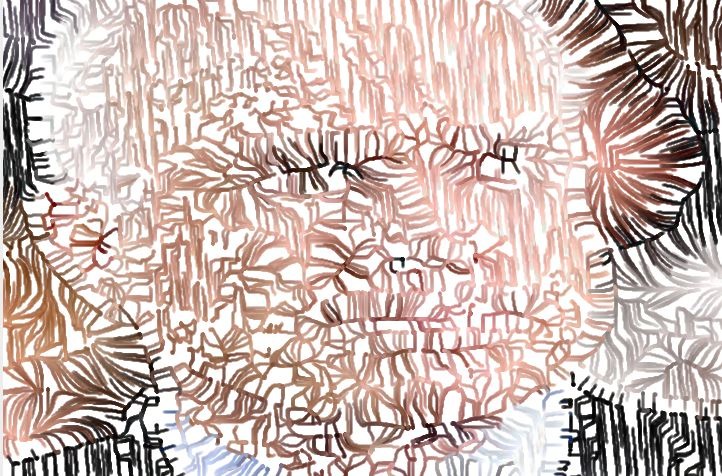 Remember, as discussed yesterday, mingle evolution doesn’t change parameter values, it just mixes up different ones taken from the specified Patch Memories. Morph evolution interpolates between the specified Patch Memories paramer settings, so it is capable of creating much more extreme effect changes (as well as lots of paramter setting combinations that lead to uninteresting results).

I tend to find Mingle evolution more useful because it’s more controlled, but while Morph evolution can lead to a lot of junk sometime something really magical pops out. Also, remember that you can use any of these commands while the paint synthesizer is running. So you can be mingle or morphing on the fly (as well as loading new sets of random paint presets) in real time as the paint synthesizer auto-paints.

By using this paint synth mingle 1-2-3-4 command link along with the 4 randomly loaded paint presets stored in the 4 Patch memories discussed above, I was able to create the new paint effects shown in the gallery images above.

Paint Synthesizer Evolution has been used to great effect by some Studio Artist users. H.J. Kropp in particular is the master of the One Minute Painting, as seen in some of the examples on his blog.

How you use the large set of features available in the Paint Synthesizer Evolution help page is really up to you and your personal tastes and approaches to working. If you want to be very picky and specific, meticulous and thoughtful in all of your decisions, you can certainly do that. If you think though how the Mingle and Morph evolution processes work, taking the time to pick specific paint presets that are going to evolve together well in interesting ways can be very fruitful. and lead to very focused and thoughtfully designed sets of new paint presets.

Or, if you want to be spontaneous, you can just hit action and start pressing active commands and become a master of controlling chaos. If you are creatively blocked or bored, you can use the features discussed above to help jump start your creativity, perhaps leading you down new visual exploration paths you never even knew StudioArtist (or yourself) were capable of creating.