Setting up Initial Canvas States when Movie Processing with a PASeq

Today’s post follows directly from the last 2 day’s posts, which re-examined some old Process Movie Tutorial examples. The movie processing examples detail how to incorporate the concept of overdrawing on a previous canvas output frame into building a movie processing effect in a paint action sequence (PASeq).

One important consideration to take into account when building a movie processing PASeq that uses overdrawing is specifying the setup for the initial state of the canvas for the first frame of the animation. In old versions of Studio Artist before the advent of Mute keyframes, you needed to keep track of this manually. But by working with Mute keyframes you can now build your initial canvas state setup directly into your movie processing PASeq. 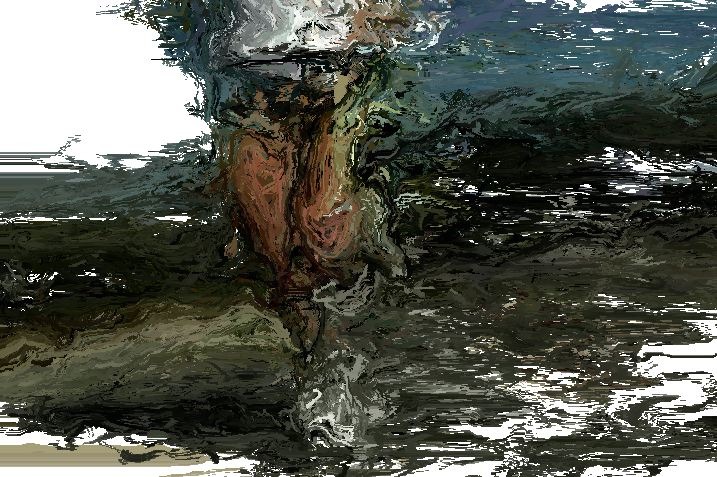 The examples we covered in the previous 2 posts were from old tutorials that were originally put together in a previous version of Studio Artist that did not support Mute keyframes. So we mentioned that it was important to remember to manually setup the canvas to some kind of initial state (erased to white in these particular examples) prior to running the Action menu command to render out the resulting paint animations when the PASeq’s being used were built to incorporate overdrawing.

We used the Action : Process with Paint Action Sequence : Source to Movie menu command to render out our paint animations.

However, setting up the initial state of the canvas manually prior to rendering out a paint animation in general is not a good idea, because it’s easy to forget to do it. A much better solution is to build something into your PASeq that sets up the initial canvas starting conditions when the animation is run for the first frame’s processing only.

Remember, you want these particular action step’s processing to only occur on the first frame and not subsequent frames. Otherwise you would not be overdrawing on previous output frames, you’d be re-initializing the state of the canvas for every processed frame, which as we have discussed here leads to visual perception of flicker in the resulting paint animation output.

The image gallery below shows the individual steps required to build in setup conditions for one of the overdrawing PASeq presets we used in yesterday’s post.

The first image in the gallery above hows the last PASeq example used in yesterday’s post. Note that the first action step (AutoPaint-Flow2) works to modify the previous output frame to simulate liquid flow that tracks the source image orientation. The remaining AutoPaint action steps paint in a series of progressively smaller paint strokes that try to paint in the source image edge structure with increasing detail.

Note that there is nothing in this PASeq that sets up the initial conditions of the canvas. You need to remember to manually do this yourself, by erasing the canvas to white before running the PASeq to generate your output movie.

To modify this existing PASeq to add some additional action steps to setup the initial startup state of the canvas, we first turn on the Rec (record) checkbox at the top of the PASeq palette (as shown in the 2nd gallery image above).

I then pressed the Eraser button in the main operation toolbar (which had already been setup to erase to white). I could have also run the Canvas : Erase to : White menu command to do the same thing. Or I could have clicked the mouse while the cursor was over the eraser button and held the mouse button down until a popup menu appeared that let me select white as the erase to option. Check out this tip if you are unclear on how to erase the canvas in Studio Artist.

After pressing the Eraser button, the 3rd gallery image above shows the state of the PASeq. Note that there is a new SetCanvas -white action step at the bottom of the PASeq action list.

The 4th gallery image shows me using the mouse cursor to drag and drop the new SetCanvas -white action step at the top position of the action list. Drag and drop is how you move individual action steps around in the list.

The 5th gallery image shows the conclusion of the drag and drop. You can see that the new SetCanvas -white action step is now at the top of the PAseq action list.

In conclusion, any time you build a PASeq that incorporates any kind of overdrawing into it, you need to be concerned about the initial starting condition of the canvas. Working with Mute keyframes allows you to build additional action steps into your PASeq design that only run for the first generated frame for the animation. This provides a way to build your initial canvas state setup into your overall PASeq action script for movie processing.

Here’s a tip that is an introduction to paint action sequences if you are just getting started and want more information on how to work with PASeqs in Studio Artist.