Working with the SlitScan Direction in a Temporal Scan Tracker Effect 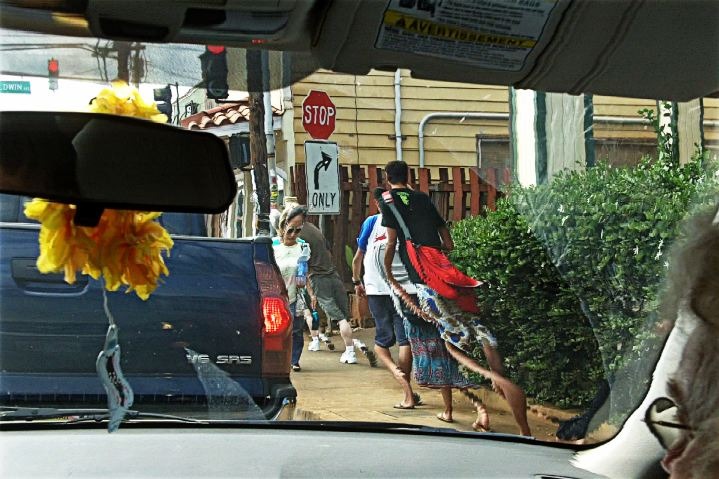 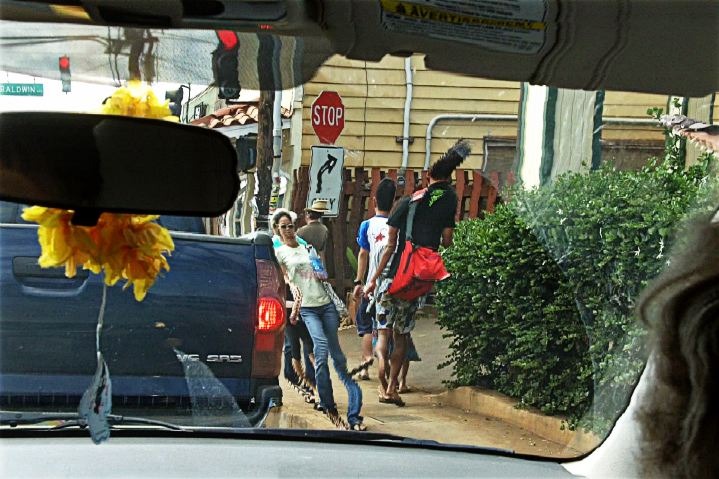 The Temporal Scan Tracker is a more sophisticated version of a traditional SlitScan effect. Traditional SlitScan processing slides a 1 pixel width aperture over a series of different video frames to build a composite static image from a series of video frames over time. The Temporal Scan Tracker lets you build traditional SlitScan effects, but extends them by giving you additional control over the source and destination apertures (size and positions and scan directions, which can be the same or different) as well as more input frame positioning and adjacent aperture interpolation effect controls.

You can use the Temporal Scan Tracker to create all kinds of different time based effects, where the end result is a static image or a processed video. In either case, you are using multiple input movie frames to build one static output image or output movie frame.

By playing with the relationships between object movement in the processed video and the SlitScan direction, you can stretch or distort motion, create panorama views, or re-contextualize video scans into alternate realities that don’t really exist in the real world.

Today we’ll be looking at a simple 141 frame source video taken with a motionless video camera out a car window while waiting at a stop light. The movement in the video involves the movement of pedestrians moving through the static video shot. There is some slight camera movement due to hand shake, but for all practical purposes it’s a static camera, it’s not being panned or otherwise moved on purpose.

The image below shows a screen shot of the Editor controls for the Temporal Scan Tracker used for the first gallery image at the top of the page. Note that the SlitScan direction is set to scan from bottom to top using a horizontal aperture (the Horizontal bottom-top setting). This means that a horizontal aperture positioned across the entire video frame is moved over time from the bottom to the top of the image. You can think of the aperture as a rectangular piece of the input movie frame or canvas output frame that is moved over time to build up the finished output image.

The second image in the top gallery was created using the SlitScan control alternately set to Horizontal top-bottom. So we’re still using the same horizontal aperture movement for the second image, but the scan direction was changed from bottom-top to top-bottom. Note how the SlitScan direction influences the rendering of the pedestrians moving in the scene, depending on whether they are moving left to right or right to left in the static camera view.

The movement of the individual pedestrians in this video shot is fast enough that using a Vertical SlitScan that tracks from left-right or right-left doesn’t create anything visually interesting for this particular video sequence. If we had worked with a video pan then a Vertical aperture Slitscan moving horizontally across the image would be very useful. Horizontal apertures moving vertically are really great for visualizing the movement of individuals in a static non-moving camera movie segment.

Below is another example using a Horizontal aperture (with vertical movement over time) with some static camera footage taken while waiting outside of an airport. Note how the movement of individuals over time shows up in the effect output. This kind of effect can be very effective if you have movement within the video frame combined with objects or scenery that does not move (like one person standing still while everyone else in the sceneis moving). 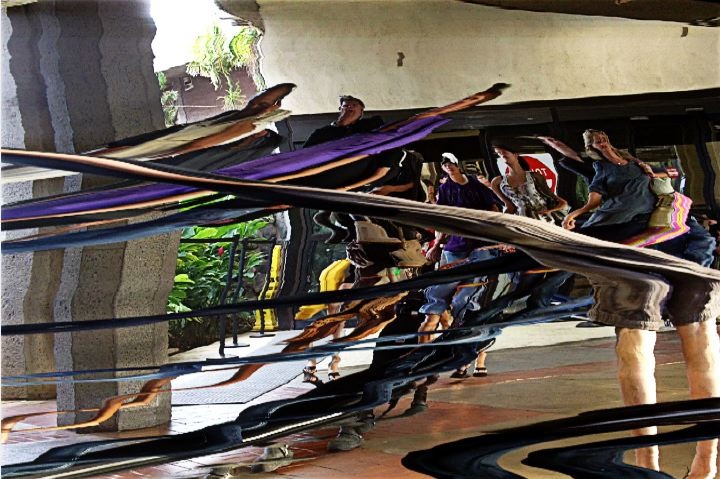 Changing the Coverage control by reducing it from a normal 100% control can be very useful when building panorama views based on video camera pans. But for static camera positioned shots like this you would typically not want to change the Coverage from 100%. Reducing the Coverage in a large camera movement pan allows for increased resolution in the final output panorama image. But in a static camera position shot like this it would only result in introducing visual stutter.

We’ll discuss the Coverage control more when we talk about building panorama style imagery from video pans using the Temporal Scan Tracker. The key point for today’s post is that you typically want to leave it set to 100% when working with processing static camera view (no camera movement or pans) source movies.

In tomorrow’s post we’ll talk about some other Temporal Image Processing effects that can be used with static camera video sequences to create various kinds of special effects, like accenting movement, de-emphasizing movement, and creating painterly effects.