An interesting discussion came up on the Studio Artist User Forum the other day, which concerned how to access a particular image stream I used in a post example. I gave a brief explanation as a reply to the user forum post, but we’ll explore this aspect of MSG editing more detail in this post. 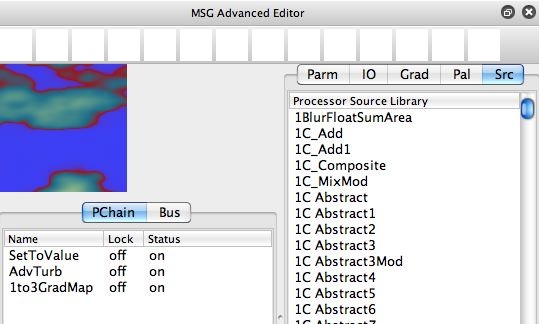 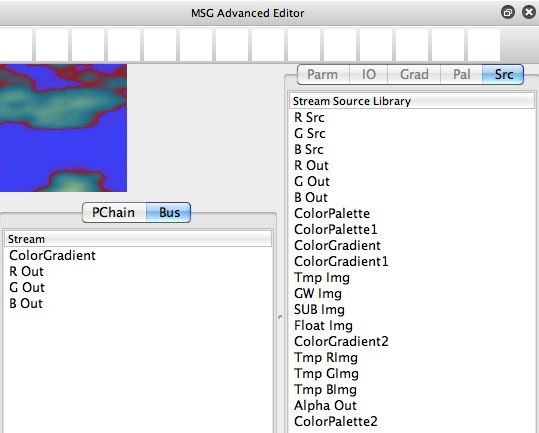 Understanding the Internal Components of a MSG Preset

A key point in understanding how a MSG preset is built is to understand the difference between Processors and Streams. Both processors and streams are available in separate Source Libraries. And any MSG preset consists of 2 different lists, the Processor list and the Bus list.

There is a special list called the Bus list associated with a MSG processor. The Bus list contains a list of the different Streams used in the MSG effect. Each stream on the Bus list takes up computer memory, so in general you only want to put the specific Streams on the Bus for a particular MSG effect that are really needed to implement the effect. Otherwise you are just wasting memory, and slowing down the overall execution time for the MSG effect.

Every MSG preset contains at least 3 specific Streams. These are named ROut, GOut, and BOut. These 3 streams correspond to the 3 color channel output for the MSG effect (the red, green, and blue color channels). When I say channel, i’m really referring to a black and white image buffer. You can think of a color image as being composed of 3 different black and white image buffers, each of which corresponds to the 3 color channels that make up a color image.

Color images can be represented in different color spaces. Studio Artist uses the RGB (red, green, blue) color space for it’s internal image buffers. The Studio Artist canvas layers are composted or 32 bit per pixel images. Each of the 3 color channels in the RGB color space take up 8 bits per channel. The remaining 8 bits per pixel is used as an alpha channel for the layer.

While the output of an MSG effect is ultimately 8 bits per channel for the 3 color input and output channels, internally the MSG effect can be run at normal or high precision. Normal precision means that all of the image streams used on the Bus for the MSG preset are 8 bits per channel. However, if you specify high precision in your MSG preferences, then 16 bit per channel buffers are used. This higher precision quality mode can generate smoother gradient coloring effects when generating procedural imagery using MSG.

If you are interested in the technical details of what a color space is, here’s a link to a wikipedia page to help you get started understanding this rather technical topic. For the more casual user, the key point is that running processing effects in different color spaces will lead to different looks or aesthetics for the effects. For the more experienced technical user, MSG provides all of the tools you need to build modular image processing effects that work in any of the above color spaces, or even to work with multiple color spaces within the same MSG effect. It’s all modular, and totally user configurable.

Adding a New Stream to a MSG Effect

The first gallery image below shows the Bus list for the A Simple Texture MSG effect that ships with Studio Artist as a factory MSG preset. It’s pretty basic, it generates a turbulence noise image that is then index mapped through a color gradient to generate a color procedural texture image. 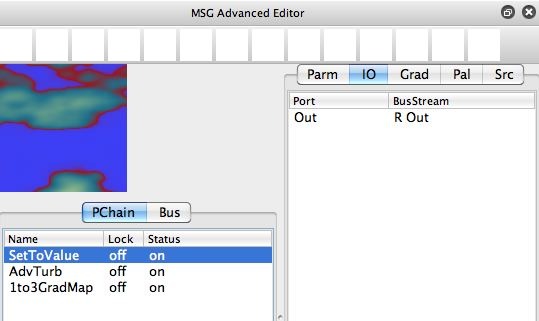 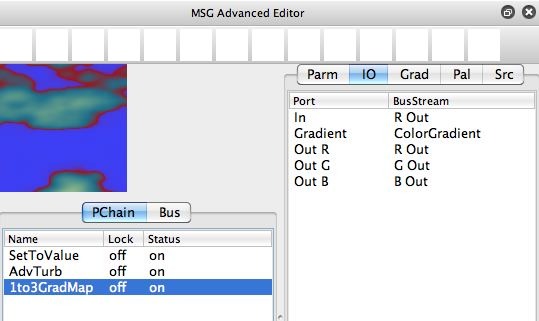 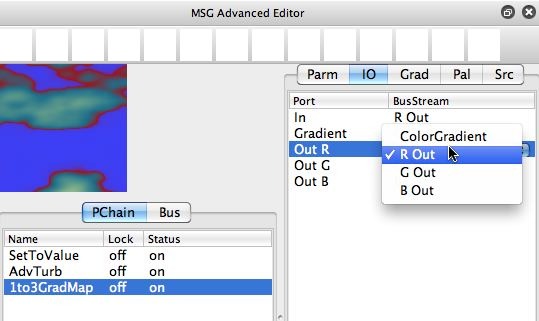 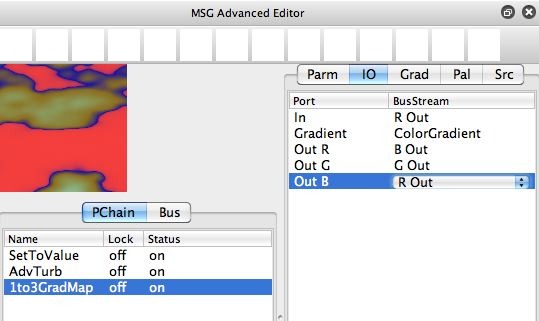 The 2nd,3rd, and 4th gallery images above show off the IO (input-output) connections use for the 3 processors that make up this particular MSG effect. Note that each processor has one or more Ports and associated Bus Streams. Ports can be inputs of outputs to the modular processor. They are named to make apparent whether they are input or output Ports. Each Port is attached to a specific Bus Stream. A Bus Stream is just one of the various Streams in the current Bus list.

The 5th gallery image above shows what happens if you click on a specific busStream associated with a specific processor’s Port in the IO Editor. Note that a popup appears that shows all of the individual Streams currently available on the MSG preset’s Bus List. You can use this popup to change the Steam associated with the Port being edited.

I manually edited the attached BusStreams for the 3 output ports of the 1to3GradMap processor, as shown in the 6th gallery image above. Note that I switched the order of the output color image streams. Note that the color output of the effect was inverted because of that editing change.

This particular effect we have been examining is a generative effect. By generative I mean that it isn’t using any input streams, so the IP SOurce for the MSG preset is ignored. If you look at the Bus stream in the first gallery image above, you can see that there are no input Streams on the current Bus List.

But suppose we did want to modify this particular effect so that it did use the IP Source in some way to help modulate the turbulence noise field being generated by the 2nd AdvTurb processor. To achieve this editing change, we need to do 2 different hand edits. We first need to add one of the input image streams to the current Bus list. And then we would need to edit the IO connections of the AdvTurb processor so that it’s input port used the input image stream.

The first gallery image below shows off the first part of these 2 editing steps. It shows me manually dragging the G Src image stream from the Stream Source Library over to the current Bus List. The 2nd gallery image shows the result after completing that manual drag. Note that there are now 5 streams on the Bus List, the 4 original ones and the 5th new G Src image stream.. 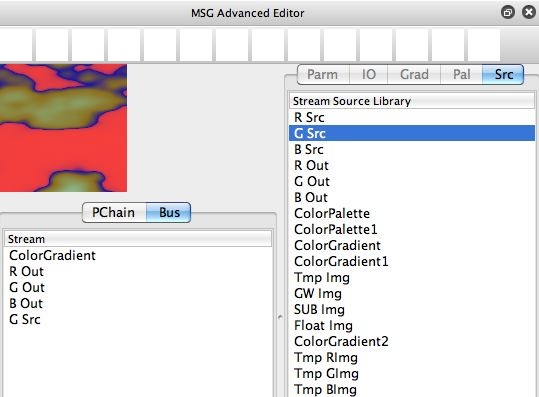 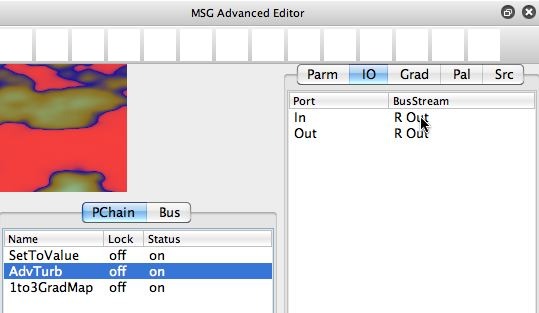 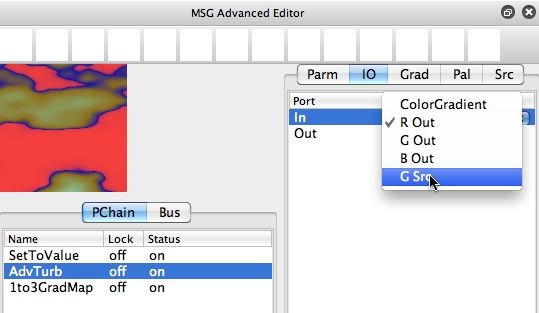 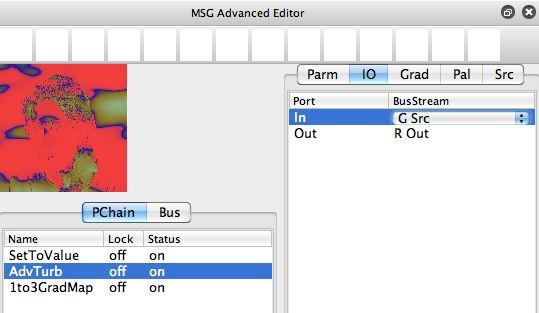 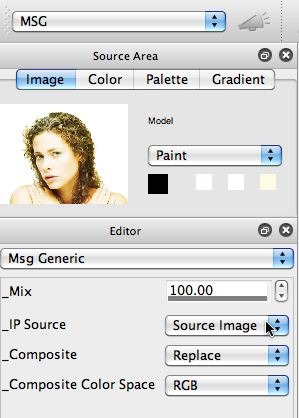 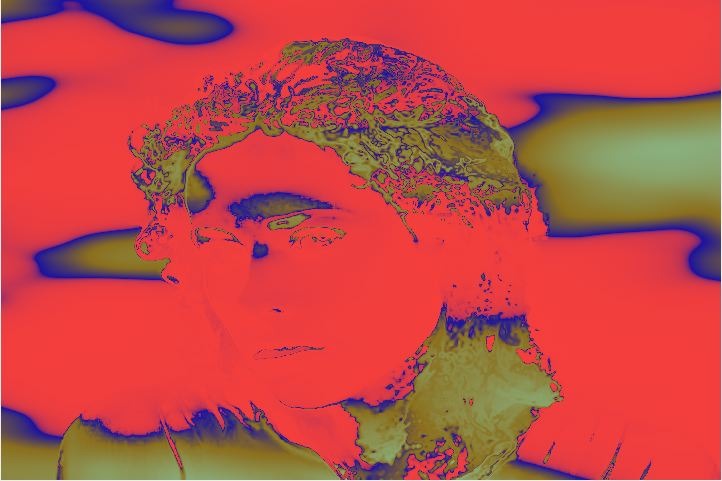 The 3rd gallery image above shows the IO editor for the selected 2nd AdvTurb processor. Note that both the In and Out Ports for this processor are attached to the R Out image stream. The 4th gallery image shows that I have clicked on the R Out stream associated with the In Port in the IO Editor. I get a popup that contains all of the Streams on the current Bus List, which now include the new G Src image stream we manually added above.

The 5th gallery image shows the result of changing the BusStream attached to the In Port of the AdvTurb processor from the old R Out image stream setting to the new G Src image stream setting. note that the preview image in the MSG Advanced Editor now shows some modulation associated with the green image channel of the Ip Source for the MSg effect (which is set to be the Source Image).

We’ve covered a lot of ground in this post. I hope you have a clearer idea of how a MSG preset works. We showed how each MSG preset is composed of a Processor List and a Bus List. The processors are modular image processing effects that work together to build a particular effect. The Bus List is composed of Streams that specifiy the individual image buffers, color palettes, or color gradients used as inputs and output to the various processors in the effect.