Today’s post will continue our discussion of different approaches one can use to generate vector file output from Studio Artist. Over the last few days we’ve talked about using the vectorizer to output vector art, and 2 different approaches to working with the paint synthesizer to generate vector painting and associated vector file output. Today we’ll look at combining together the vectorizer and vector painting in a PASeq. 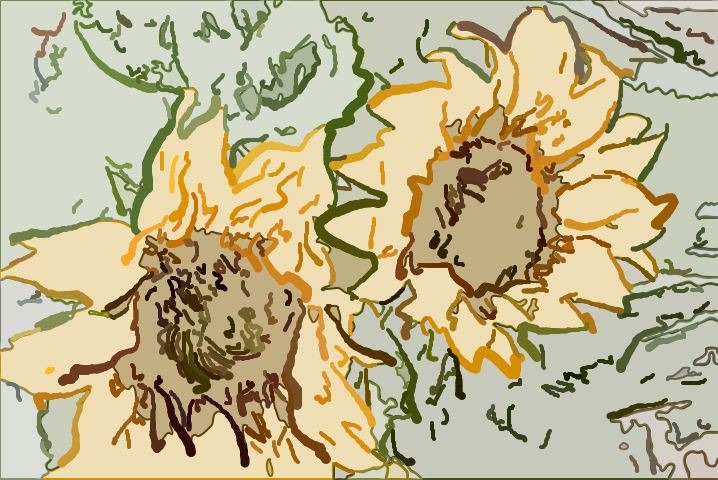 The paint action sequence PASeq below is what we used to build the image shown at the top of the post. The goal for the desired effect is to first generate a light colored backing and then overpaint an edge sketch on top of the roughed in backing. And we want both of these operations to work in a way that supports vector file output for the effect. 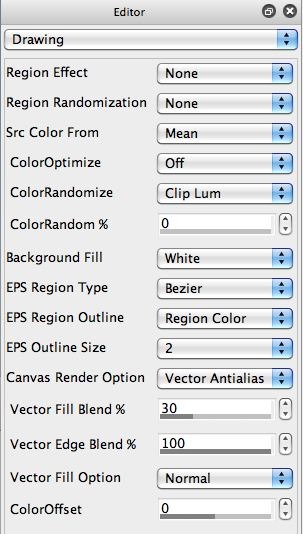 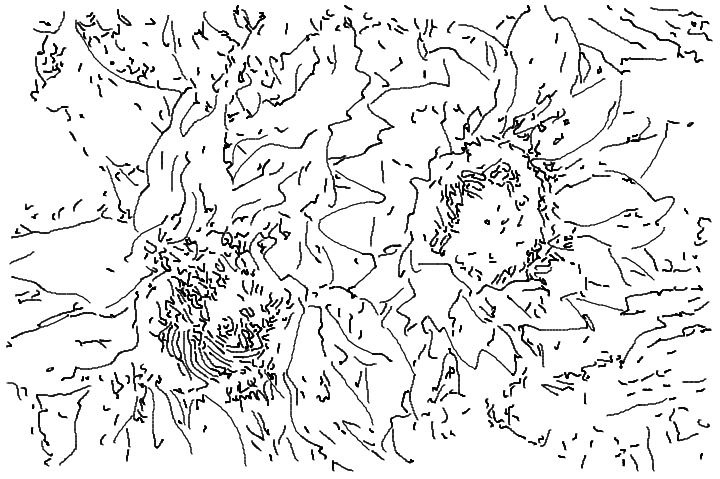 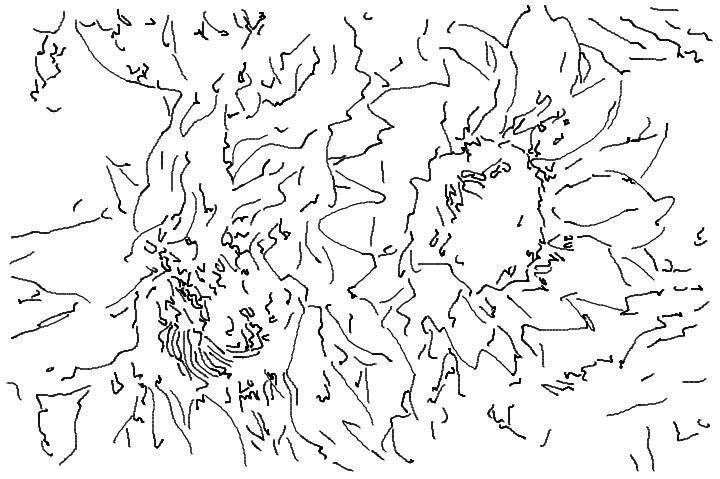 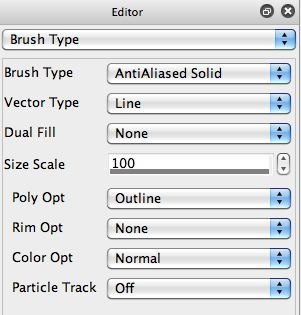 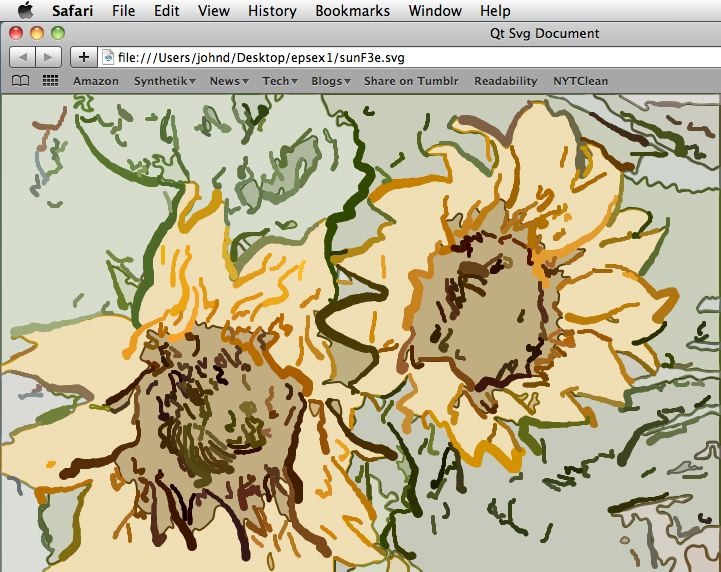 Note that we started off using the vectorizer to build a light regionized rough fill representation of the source image as a colored backing. The 2nd gallery image above shows the Drawing control panel settings in the vectorizer I used to generate the light color fill representation. I set the Vector Fill Blend% to 30% (as opposed to the normal 100% setting). Remember, we’re designing this PASeq to provide vector file output, so this is why I generated the lightening effect this was as opposed to first setting the canvas to white and then using a 30% Mix setting in the Composite control panel (which is associated with the raster compositing going on in the canvas). Also, by leaving the Vector Edge Blend at 100% I introduced an edge outlining effect for the roughed in light regions.

Starting a path generation approach like this one by erasing the existing bezier path frame (using the the Path : Path Layer Commands : Erase menu command) is important, since we want to be sure the bezier path frame for the layer is empty before building up our desired set of bezier paths for the effect we are generating.

After generating my bezier paths, I then painted them in using the current paint synthesizer preset using the Path : Paint Paths : Full Layer menu command. The particular paint preset I used was configured to use the AntiAliased Solid Brush Type discussed in yesterday’s post for vector painting. The 5th gallery image above shows the Brush Type control panel settings used.

As discussed yesterday, this particular style of paint synthesizer vector painting works best with SVG vector output, so I used the Action : Generate SVG : with Paint Action Sequence menu command to output my PASeq to a SVG file ( as shown in the 6th gallery image above display in Safari).

Note that the approach I took in today’s vector output example is very different than the previous days examples, because I used a series of Path menu commands to generate a set of bezier paths for my painting and then used the paint synthesizer to paint in the bezier path frame with a vector paint preset. The other examples we have been discussing over the last few days used the paint synthesizer to auto-generate paint paths based on the control panels associated with auto path generation (pen mode, path start, path shape, path angle, path randomization).

You can also use different image operation effects to auto-generate bezier paths, and then paint those in with the paint synthesizer to generate vector file output. We will wrap up our ongoing discussion of different approaches to building vector file effect output tomorrow by looking at how to work with an image processing effect to build up an abstracted bezier path frame representation of a source image