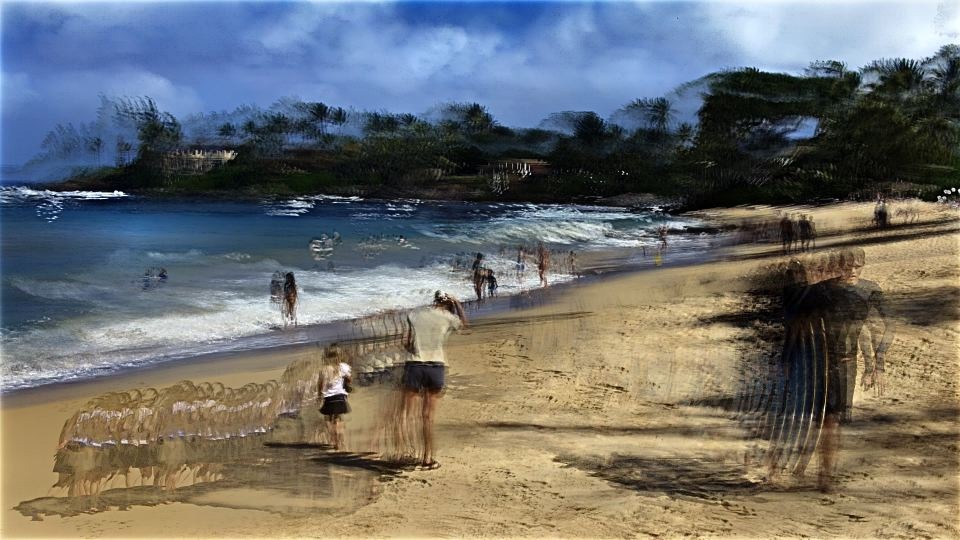 The image above was created by processing a 171 frame video sequence using the Temporal Difference Matte effect. The Temporal Difference Matte is one of many different temporal image processing effects available in Studio Artist 4. Temporal means that the image processing effects are time based, and involve processing multiple movie frames taken at different frame times to generate a single output image. You can use temporal image operation effects to generate a single static image, or to generate processed movie file output. In either case, a movie file needs to be loaded into the Studio Artist source area.

The image below shows the Temporal Difference Matte controls used to generate the effect shown at the top of this post. The Symmetry control determines where input frames are grabbed from in reference to the current source area frame time (which is positioned at frame 1). I picked the Forward option because I wanted the effect to use frames moving forward from the current frame 1 position. 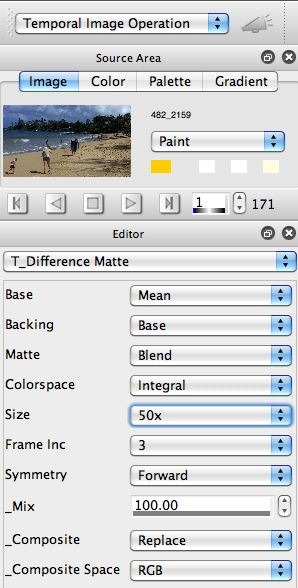 The Size control determines the number of frames used for the temporal effect. Note that I have it set to use 50 different frames as input to the difference matte processing effect. The Frame Inc control determines the spacing between adjacent input frames. Note that I have it set to 3, which means that every 3rd frame is used moving forward from the current frame (frame 1) for 50 different input frames. So every 3rd frame from frame 1 through frame 151 will be used as input frames to the effect.

The Temporal Difference Matte is looking for movement in the sequence of input frames (based on a generic standard frame which can be determined in different ways based on the Base control setting). The image gallery below shows a few different frames in the video sequence loaded into the source area, to give you some sense of the movement in the sequential video frames associated with the different people moving on the beach. 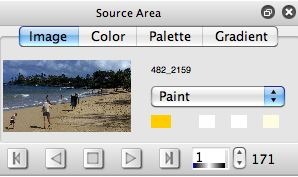 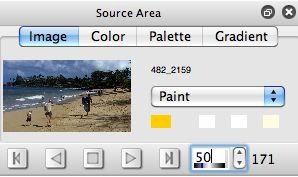 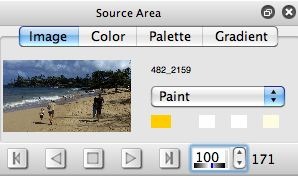 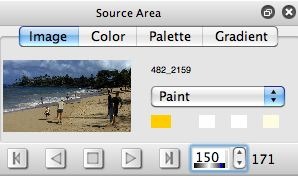 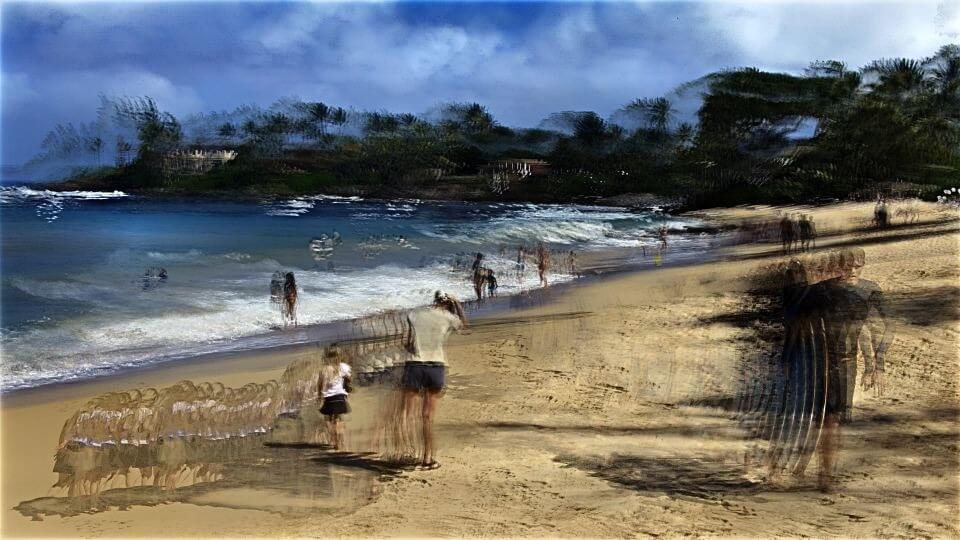 Because I was hand holding the video camera in a stiff wind, there’s some jitter associated with the camera moving over time across the video sequence. I actually liked the additional chaotic quality this camera shake gave to the final artistic result for this particular image. But sometimes it can be a problem. Ideally, you should use a tripod for this kind of static video shot for optimal results when using temporal image operation effects that try to isolate or work with movement in a static camera video sequence. You ideally want the camera to remain totally still so that the effect is only processing movement associated with the video imagery (as opposed to movement from camera shake).

Depending on how you setup the various controls associated with this temporal effect, and the properties of object movement associated within the video sequence you will be processing, you can create all kinds of amazing different effects.