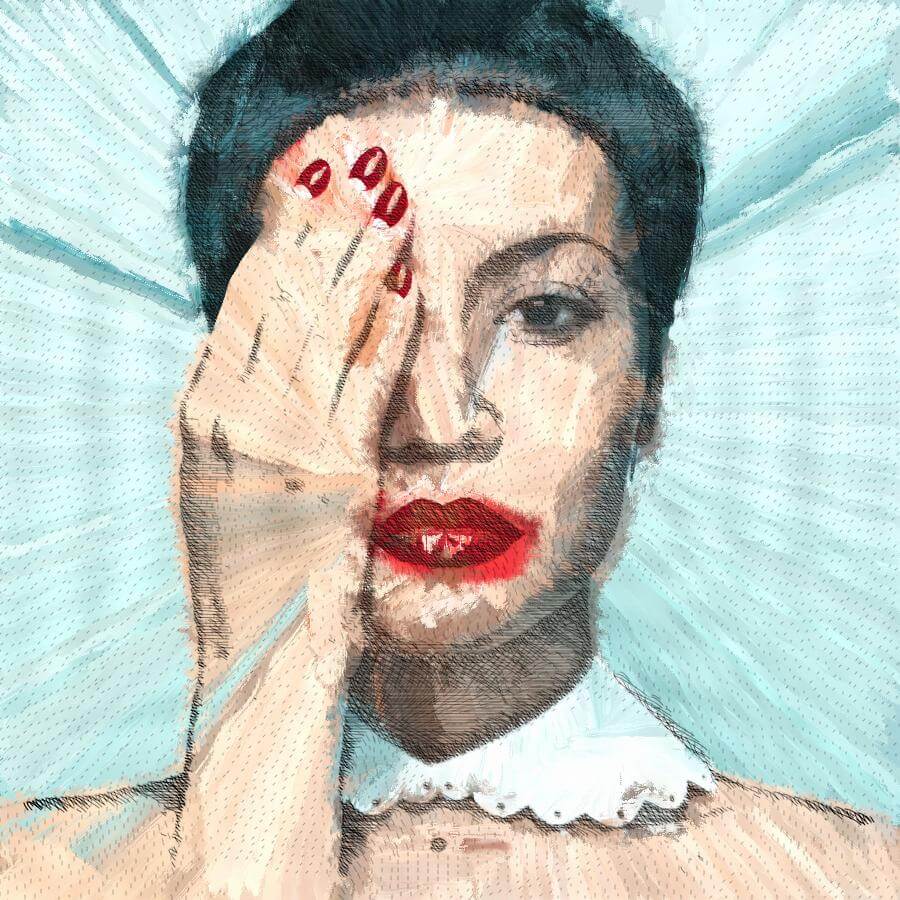 As we mentioned at the end of yesterday’s post, you can use the Watershed Sketch effect to automatically generate a set of bezier paths (as opposed to generating a raster sketch effect in the main canvas). We will take this approach in today’s example.

The advantage of using the paint synthesizer to paint in the sketch paths generated by the Watershed Sketch ip op is that you have infinitely more control over the paint style used to paint in the paths. The paint action sequence (PASeq) below was used to generate the sketch effect shown above.  You can download this preset Watershedpaths.paseq 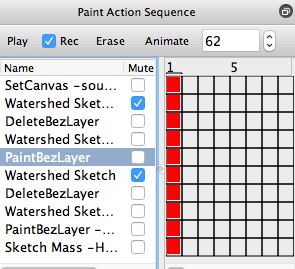 1)The PASeq starts off by erasing the canvas to the source (you could also erase to white).   The original watershed presets are muted so they will not render but they will be used to create the bezier paths that we will then paint.

3 ) Then the first Watershed Sketch ip op effect is used to automatically generate a set of bezier paths for the output of the sketch effect (using the Path : Generate Paths : from Ip Op menu command). Note that this action step does not change the raster canvas or current layer, only the current layer’s bezier path frame (which is hidden from view unless you are in Bezier operation mode).

4) Next you can choose a paint preset in the paint synthesizer to paint the stored bezier paths.  The one in the PASeq is using an Acrylic paint preset.

5) Then the set of bezier paths in the bezier path frame is painted in using the paint synthesizer (with the Path : Paint Paths : Full Layer menu command).

6) This completes the first cycle of bezier path generation with the Watershed Sketch ip op and then painting the automatically generated bezier paths in with the paint synthesizer.

Then next steps simply continue like the first 6 except I chose a Sketch Preset in the Paint Synthesizer to fill in the 2nd Watershed Sketch bezier paths.

Next I added a Sketch Mass to provide an outline.