Converting a Blur Effect into a Sharpen Effect

Studio Artist’s various operation modes that generate visual effects all contain standardized generic Compositing controls that can be used to subtly or radically change the nature of a given effect. This post will show how to use the Edge1 option for the generic Composite control in an image processing effect to convert an effect that blurs the canvas into an effect that sharpens the canvas. 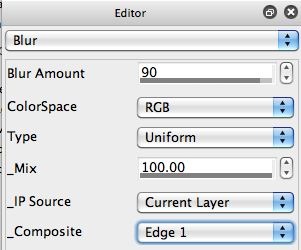 Changing the Blur Ip Op Composite setting from Replace to Edge1 dramatically changes the Blur effect. Now rather than blurring the canvas, it actually sharpens the canvas.  The Blur Amount control now also acts differently. It lets you dial in the spatial frequency range that the sharpening occurs in.  So decreasing the Blur Amount control lets you sharpen tighter edge details, while increasing it sharpens broader features with greater spatial extent in the overall image. Increasing it all the way to 99 turns the sharpen effect into a contrast enhancement effect.

Cutting back the Mix control when using Edge1 compositing to sharpen an image can be useful, since too much sharpening can quickly lead to a clipped and noisy image. A little bit of sharpening goes a long way.

I also oftentimes use a succession of different Blur Amount settings (70 – 80 – 90 for example) with a Mix of 14% to do multi-resolution sharpening. I save this set of successive sharpening steps for the end of a project to help boost the edges and overall contrast of a painting.

The processing examples below show off what we’ve been talking about in this post.  I started with a painted canvas, which is the first image.  The second image shows using the Blur Ip Op with Replace compositing. The third image shows using the Blur Ip Op with Edge1 compositing. Note how a blur effect has been changed to an edge effect when the Composite setting was changed from Replace to Edge1. The 4th image shows a more subtle use of sharpening, with a low Mix setting (14%) and several sharpening passes where the Blur Amount setting was changed from 70 to 80 to 90 for the 3 successive sharpening passes. Switch back and forth between the 1st image to the 4th image in the gallery to see the effect of the ‘subtle’ multi-pass enhancement used in the 4th image. 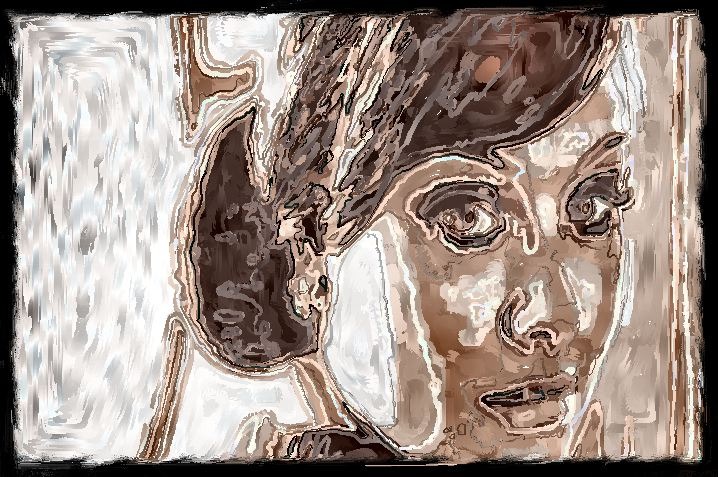 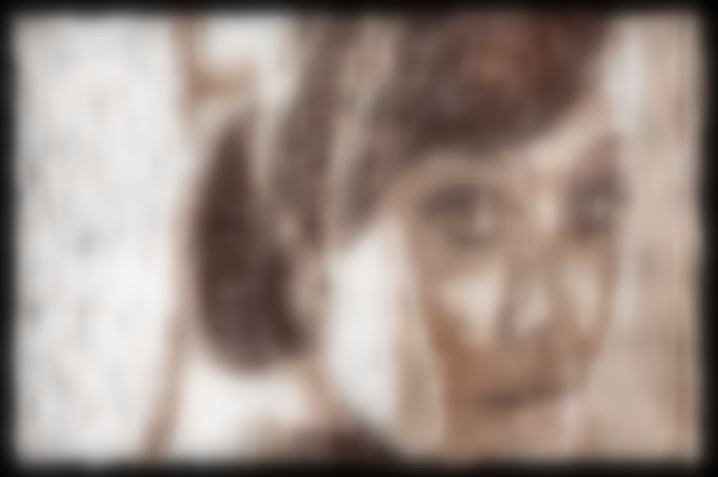 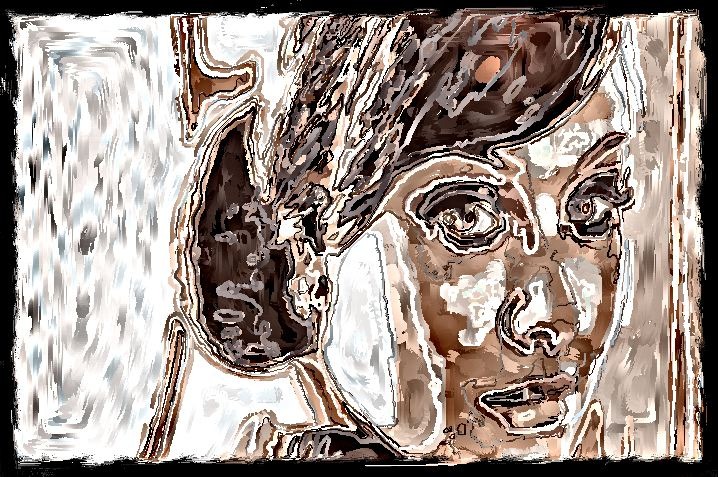 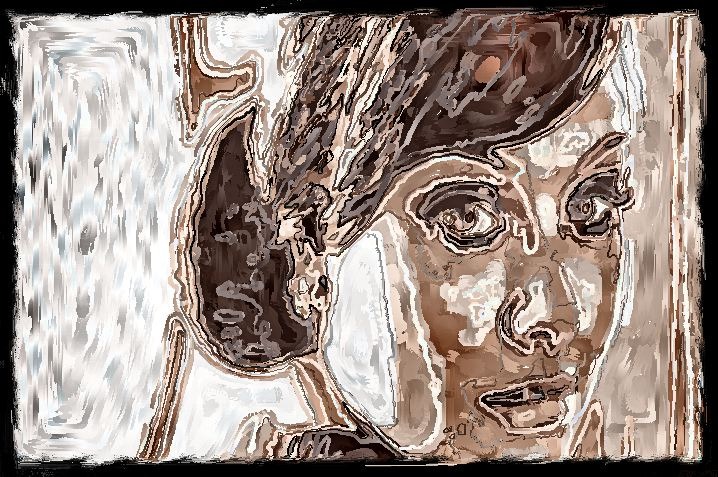