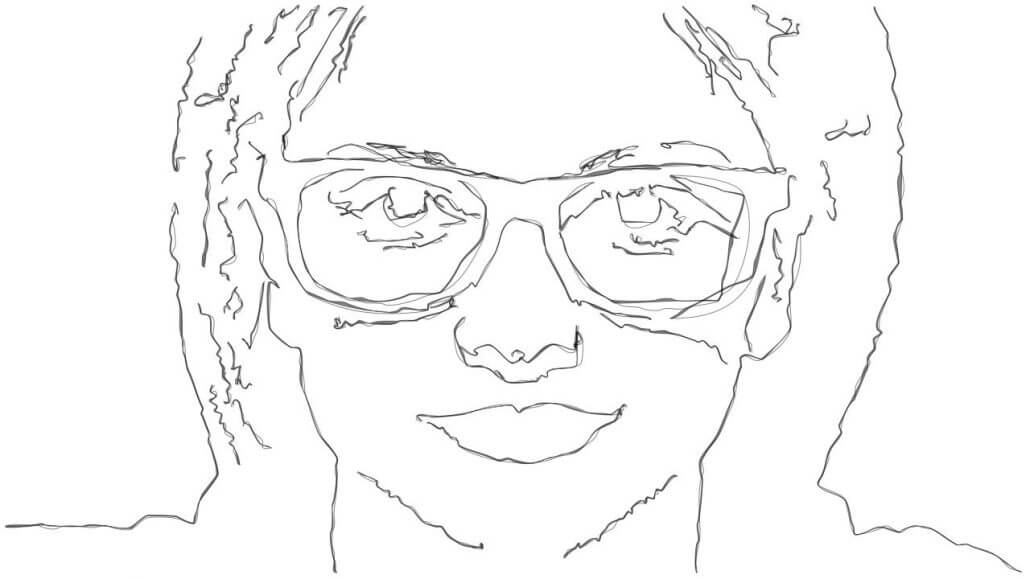 The paint action sequence (PASeq) below was used to build the sketch effect shown above. Note that most of the PASeq is devoted to building a set of bezier paths that represent the paint strokes for the sketch. Those bezier paths are then painted in with 2 applications of a gray vector paint preset. The second paint pass is essentially the same paint preset with one parameter modification which gives it a thicker stroke width. 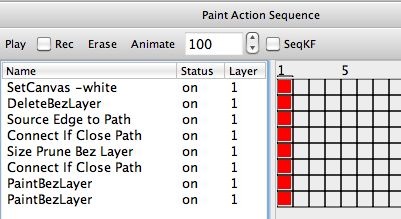 Here is the PASeq.    5-24-11 CrispPencilSketch.paseq  The PASeq starts off by erasing the canvas to white.

The Path : Generate Paths : from Source Edges menu command is then used to automatically generate a set of bezier paths based on the source edges. This step by itself can generate a reasonable bezier sketch of the source image, but we’ll do some additional bezier manipulation in the next 3 action steps to cleanup the bezier sketch.

The best way to get a feel for what the different Path : Generate and Path : Path Layer Commands menus do is to switch to Bezier operation mode and try them out while watching how the bezier paths displayed in the canvas change.

For my second bezier path paint pass, I made a second manual edit. I switched the Vector Stroke Type in the Vector control panel from Bezier Path to Bezier Region. This changes the vector paint drawing from a uniform thinness bezier path to a bezier region with slightly larger variable thickness. This paint preset draws with a gray vector paint line, so where the 2 paint passes overlap end sup with a darker black coloring. The combination of the 2 slightly different vector paint passes gives the individual sketch lines more artistic character.