The paint action sequence (PASeq) below shows the beginning part of the PASeq we used to create yesterday’s pencil sketch effect. These action steps automatically generate the bezier paths that are used to build the sketch effect. 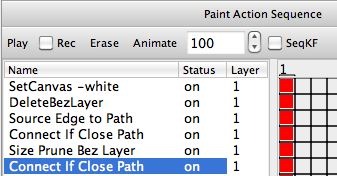 The first gallery image below shows the bezier paths automatically generated by the above PASeq action steps displayed in the canvas in Bezier operation mode. 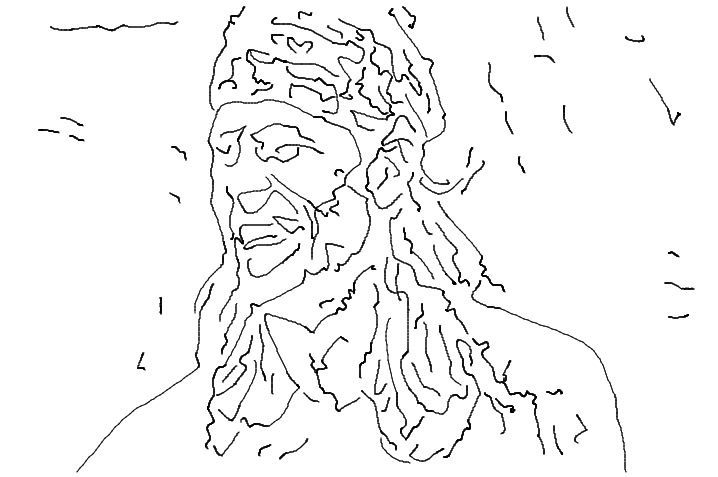 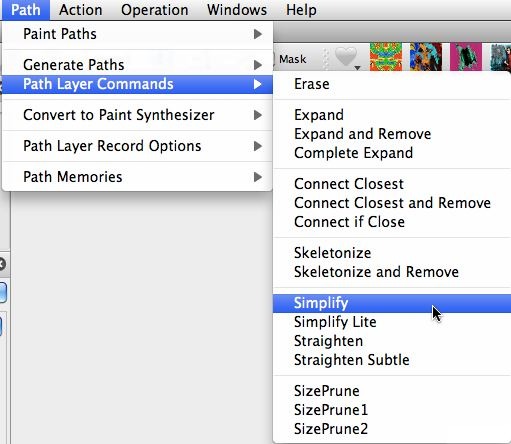 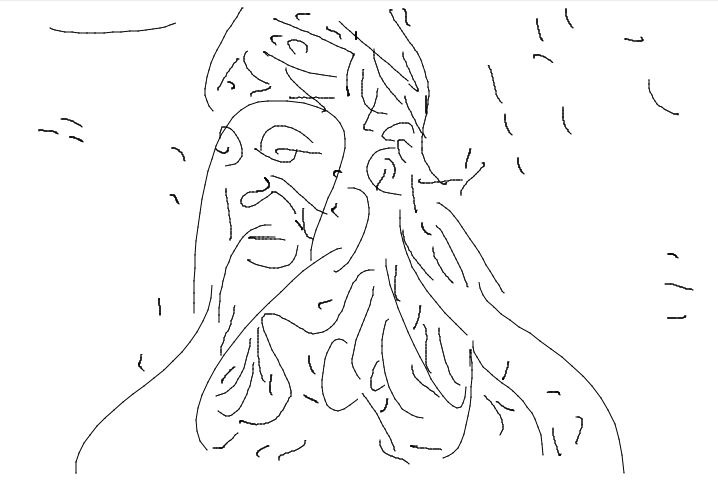 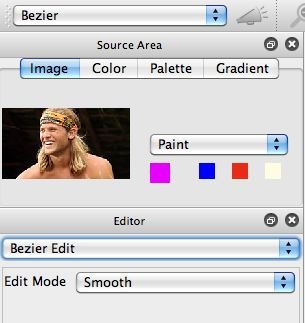 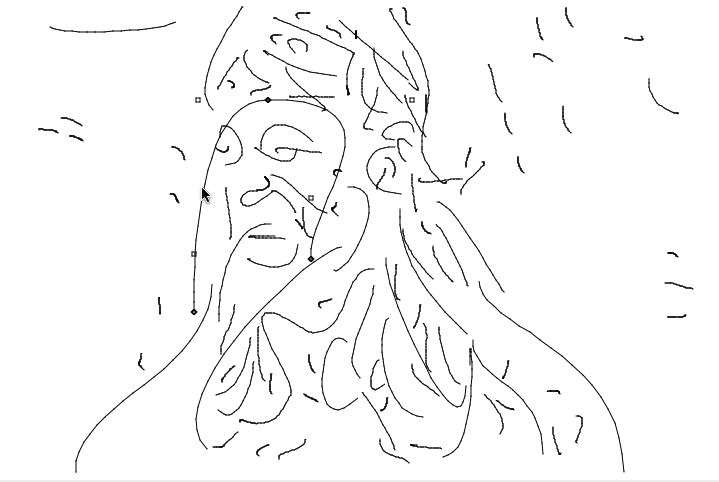 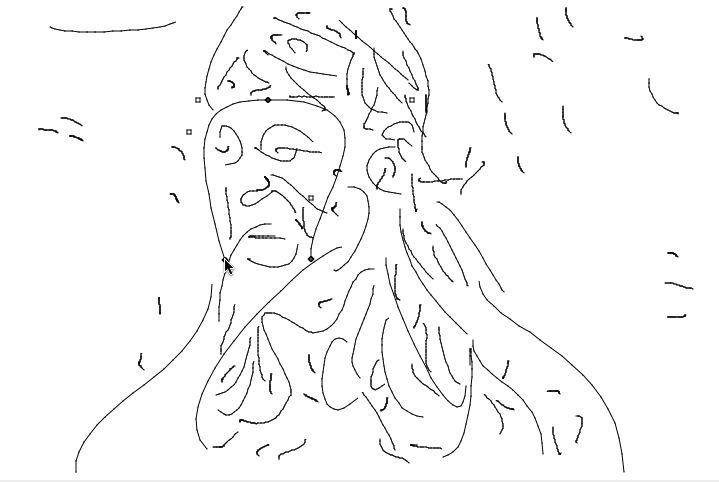 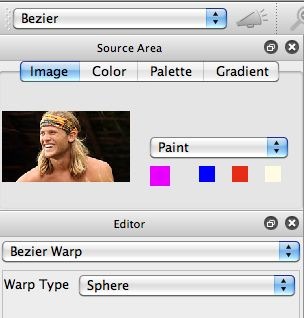 Bezier Edit mode allows you to manually edit the shape of individual or groups of bezier paths. In the 5th gallery image above you can see that I selected the problem bezier path on the left side of the face by clicking on it with the mouse cursor. Note that the selected bezier path has black control points on the path and additional square control handles offset from the path. You can mouse down in the control points of the handles and move them to adjust the shape of the bezier path. The 6th gallery image above shows how I manually adjusted the shape of the problem bezier path to something I liked better to represent the left side of the face for the sketch. 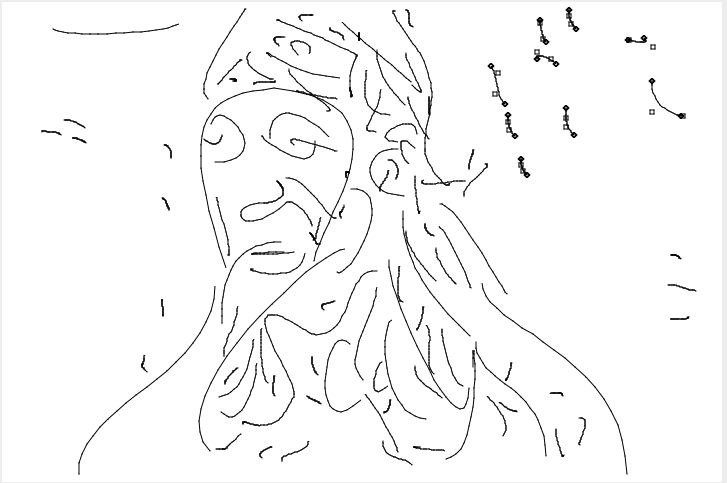 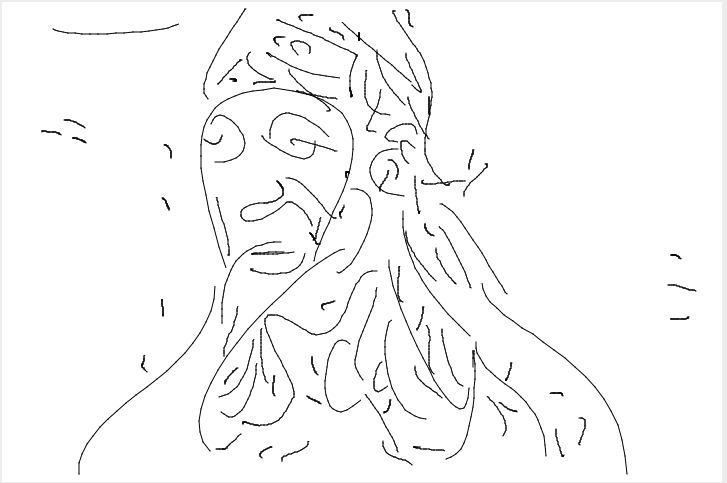 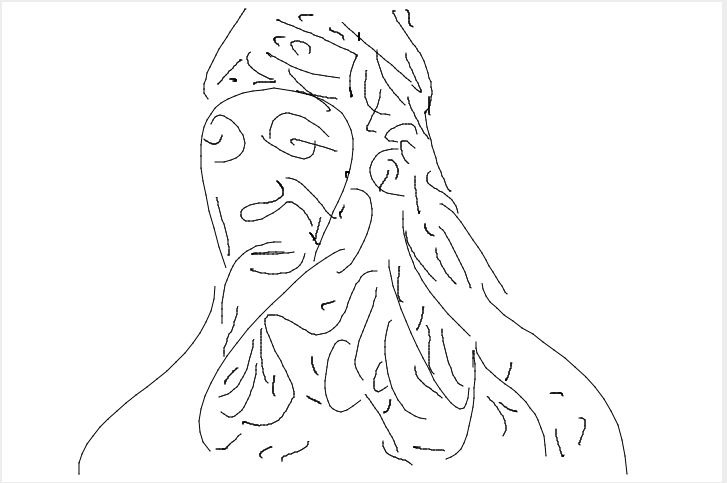 I now wanted to clean up the sketch, since there were a number of small bezier paths scattered throughout the canvas that aren’t really associated with the main face and body of the figure I wanted to sketch for my finished stylized pencil sketch effect. So, I switched back to Bezier Edit operation mode. I then used the mouse to drag a red selection rectangle in the top right corner of the canvas (as shown in the 1st gallery image above).

I then used manual selection and the Delete key to get rid of the rest of the extraneous bezier paths I didn’t want in my final sketch (4th gallery image above). At this point, I was ready to paint in the stylized bezier paths for today’s sketch effect with the 2 paint presets we used in yesterday’s post. I used the Path : Paint Paths : Full Layer menu command to paint in the stylized bezier paths. The end result for my stylized painted pencil sketch effect is shown at the top of the post.

To recap, the approach we discussed today allows you to stylize a set of bezier paths that represent a sketch or painting prior to using the paint synthesizer to paint them into the current layer. The Simplify path menu command we initially used could be recorded into a PASeq for automatic processing of a source image or movie file. But the other manual bezier editing steps cannot be recorded in to a PASeq.

Here’s a tip that discusses some of the different things you can do with bezier paths in Studio Artist.

Here’s a tip that discusses different approaches to generating bezier paths from images.