The following image was generated with a few image processing effects. This post will discuss the approach taken to produce the triangular block abstraction effect shown above. You can use the technique whenever you have an image composed of flat color regions that you want to split with diagonal slices. 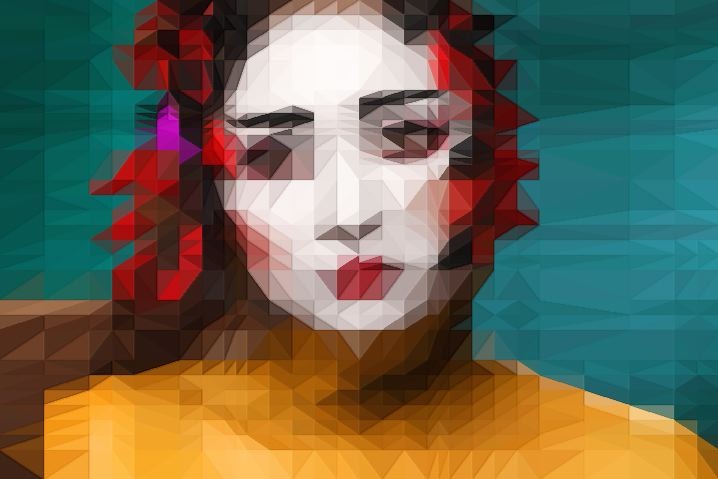 The paint action sequence (PASeq) below was used to generate the triangular abstraction effect shown above.

The entire effects consists of a series of image operation action steps. The Block Abstraction effect was first used to process the source image into an adaptive rectangle abstraction as shown below. The 2nd gallery image shows the control panel settings used for the Block Abstraction ip op effect. 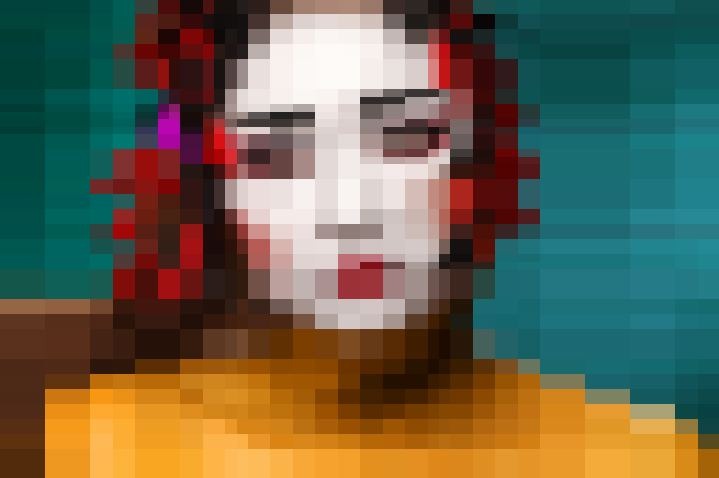 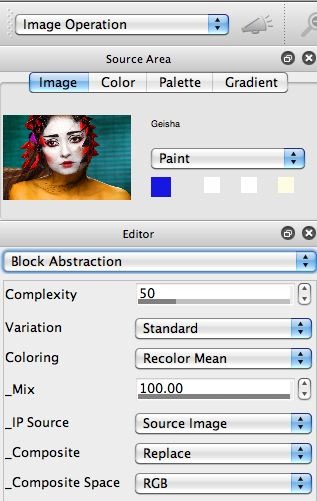 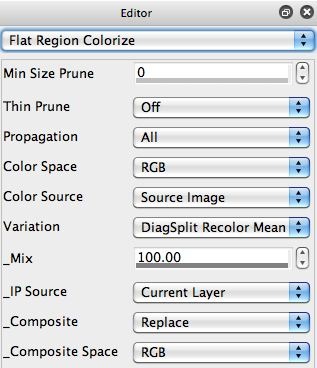 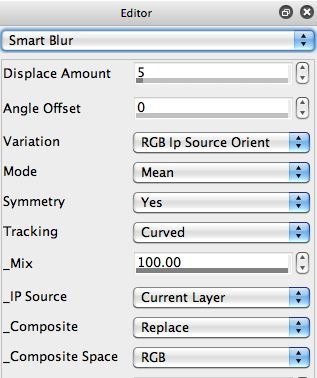 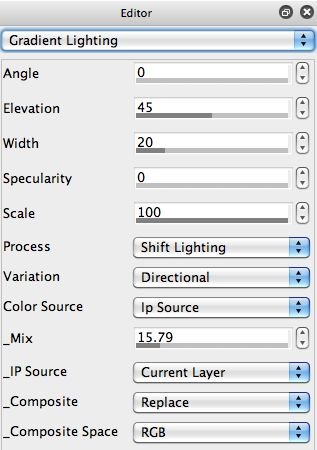 The Flat Region Colorize ip op is a very versatile effect, that can generate all kinds of different artistic styles or image optimizations depending on how you configure it’s editable controls. The effect assumes that the input consists of an image composed of a series of flat color regions (no smoothly shaded gradients or conventional real world photos are going to work properly with this effect, since each individual pixel would be considered an individual flat color region in a smooth gradient transition area).

Because the effect is a raster image processing effect, there’s some aliasing or jaggedness associated with the diagonal splits. The Smart Blur image operation effect is a wonderful tool for cleaning up this kind of rough edge jaggedness, and is something I use all of the time in my work. The 4th gallery image above shows the parameter settings I use when I configure the Smart Blur ip op to smooth rough edges.