The paint synthesizer has always had a number of smart paint dropout options that can be turned on to add visual intelligence to building up sketch effects. Some of these old options depended on starting with a white or black canvas. Studio Artist includes some smart sketch options based on the Blanking Buffer, which allows smart sketch build up effects that used to require a solid white or black canvas background to be generated independent of what is currently in the canvas. 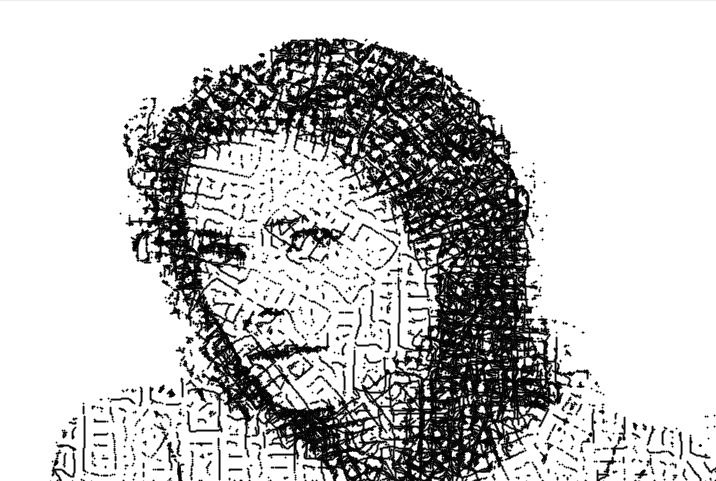 In this post we’ll look at modifying an old paint preset that required a starting white canvas so that it’s intelligent black sketch buildup works independently of the canvas initial starting conditions. These new features allow black or white sketch overlays to be built up on top of other paint effects. They all take advantage of the Blanking buffer, which is a hidden 1 bit image buffer that is internal to the paint synthesizer. 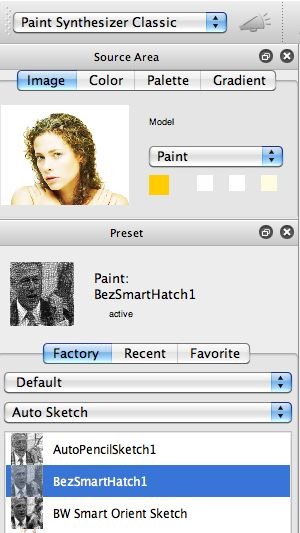 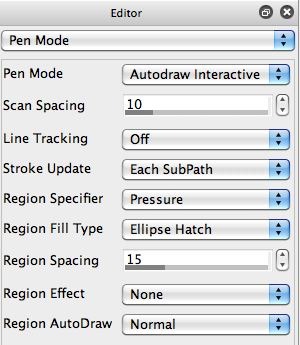 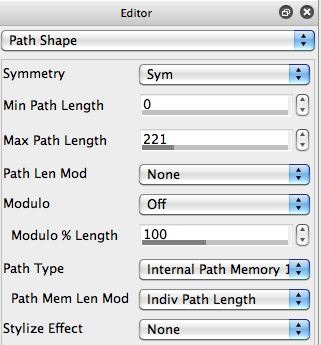 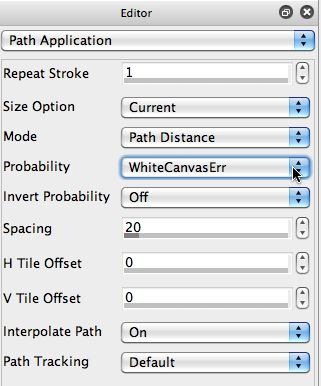 This paint preset used AutoDraw Interactive Pen Mode, as seen in the 2nd gallery image above (Pen Mode control panel). The automatic path generation is based on a set of bezier curves stored in the paint synthesizer’s internal path memory. The 3rd gallery image above shows that the Path Shape control panel is configured to use a Path Type set to Internal Bezier Memory 1.

The intelligent smart sketch effect is controlled by the Probability parameter in the Path Application control panel, which is originally set to White Canvas Err. This setting assumes you are starting with a white canvas, and then as it draws a paint path, it automatically calculates whether drawing the current paint nib is going to lead to a better reproduction of the source image (or not). We’re drawing with a black sketch effect, so making the canvas too black would be the ‘or not’ case. So this (and other) intelligent drop out parameter options stop automatic painting if they think that continuing painting is going to lead to a worse reproduction of the source image.

So the black sketch effects builds up (on a white canvas) until adding any more black paint would not lead to a better reproduction of the source image luminance.

Since this particular probability option depends on starting with a white canvas, it’s not going to work in the same way if the canvas is set to something other than white. For example, the first gallery image below shows the preset drawn on a solid colored background. Note that the color of the background is being taken into account by the intelligent dropout, so the sketch effect is not as good as at the top of the page. Overdrawing on a painted canvas might lead to almost no black sketch paint in. 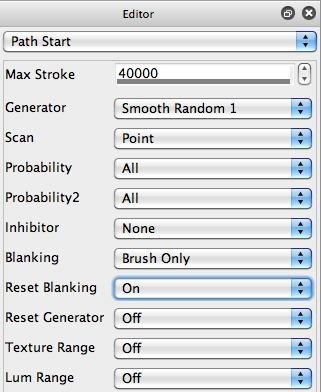 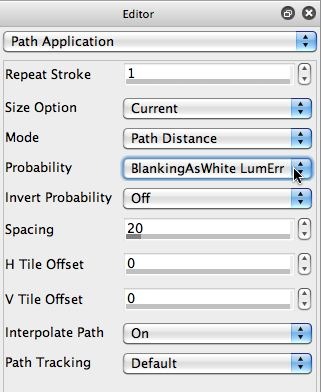 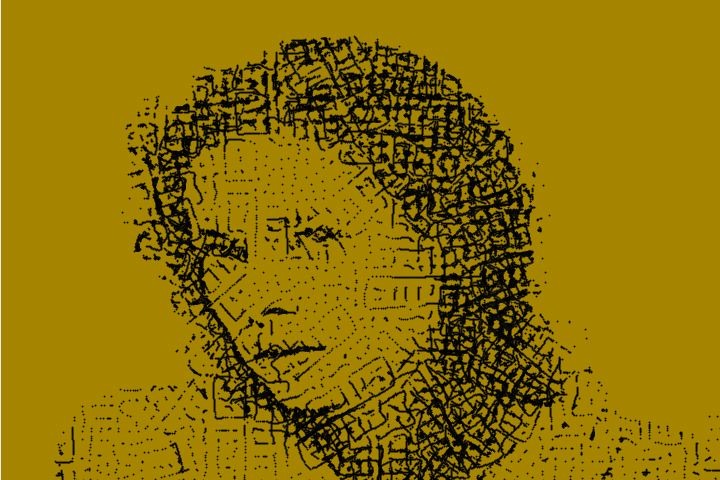 However, sometimes you want to overlay an entire black (or white) sketch effect on top of an already painted canvas, and have the smart dropout algorithm only concentrate on what is currently drawing, ignoring the existing condition of the canvas when the sketch effect started drawing.

As mentioned above, the Blanking buffer is a hidden 1 bit per pixel frame buffer that the paint synthesizer can use for a variety of different purposes. Typically it is used as a paint coverage buffer. So where blanking is turned on, that means that paint has already been placed at that pixel. What gets drawn into the Blanking buffer is determined by the Blanking parameter in the Path Start control panel (2nd gallery image above).

Sometimes you might want only the pain tpath to be drawin into the blanking buffer, ignoring the overall paint nib. For this particular case, we want the Blanking parameter set to be Brush Only. This means that the brush nib shape is filled into the Blanking Buffer as paint is laid down in the canvas.

To base the smart paint nib dropout on the current state of the Blanking buffer ( as opposed to the current state of the canvas ), I then changed the path Application probability control to the new Blanking AsBlack LumErr setting (3rd gallery image above). The resulting smart sketch overlay on a colored canvas now retains the original full sketch patterning as seen in the sketch image at the top of this post (4th gallery image above).

In addition to the Probability control in the Path Application control panel, there are several other adjustable parameters in the paint synthesizer that can be used to build in intelligent paint dropout effects. In the Path End control panel, the Visual Error control is used to add in intelligent dropout effects. The Path End Visual Error control also has new options based on the state of the Blanking buffer.

Both of these controls can be used to build intelligent sketch overlay effects that try to reproduce the source image as best as they can, while focusing the intelligent computation only on what is currently drawing, ignoring the existing state of the painted canvas.